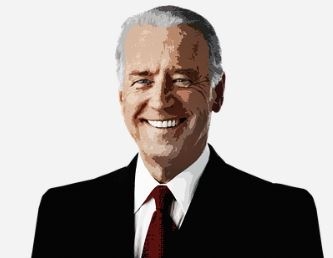 WASHINGTON - On Thursday, October 6, U.S. President Joe Biden issued a pardon for federal-level convictions of simple marijuana possession. He also began a review of how the drug is classified.

The pardon arrived about a month away from the midterm elections, a critical election that decided partisan control over Congress for the final two years of the President’s current term. President Biden is facing a 52% disapproval rate among Americans, according to Five-Thirty-Eight, and CNN, and the move is seen by some as a chance to engage younger, more liberal voters, who are generally more in favor of marijuana use.

According to White House staff, “[Biden] is following through on his campaign commitment” by granting pardons to approximately 6,500 people currently or formerly incarcerated in federal prison who have been convicted of simple marijuana possession. These pardons are especially critical for formerly incarcerated people, who may face loss of employment or housing opportunities because of their convictions.

In a statement announcing the pardon, the president said that “Criminal records for marijuana possession have led to needless barriers to employment, housing, and educational opportunities…..While white and Black and Brown people use marijuana at similar rates, Black and Brown people are arrested, prosecuted, and convicted at disproportionate rates.”

Indeed, an April 2020 report from the ACLU found that Black people nationwide are on average 3.6 times more likely to be arrested for marijuana possession than white people. The report also noted that at the county level, Black Americans are 20 to 50 times more likely to be arrested than white Americans. According to this same report and corroborating FBI data, four out of ten arrests nationwide are for marijuana, more than any other drug, and the “vast majority of these arrests — nine out of 10 — are for possession.”

Federal law lists marijuana as Schedule 1 on the Controlled Substances Act, putting it on the same schedule as heroin and LSD. The President has leaned away from committing to full decriminalization, with restrictions for selling, underage consumption, and drug trafficking of marijuana. White House officials declined to state how quickly the process for decriminalization would begin, explaining that the Secretary of Health and Human Services, alongside the U.S. Attorney General, would need time to review the science and medical benefits and consider all aspects of the situation.

The President faced some criticism for these pardons. As Senator Tom Cotton of Arkansas tweeted on Thursday, “In the midst of a crime wave and on the brink of a recession, Joe Biden is giving blanket pardons to drug offenders—many of whom pled down from more serious charges. This is a desperate attempt to distract from failed leadership.”

Biden was also met with questioning from critics on the left, who point out that less than 150 people are currently in federal prison for simple marijuana possession, and none in federal prison only for this crime.  According to White House officials, “There are currently no Americans serving prison time solely on federal simple marijuana possession charges.”

Critics are concerned about Biden’s track record towards American drug use. His 1994 Crime Bill, which included the truth in sentencing agreements, the Anti-Drug Abuse acts of 1986 and 1988, as well as the Violence Against Women Act have contributed significantly to today’s mass incarceration epidemic.

Meanwhile, cannabis growers’ and sellers’ company shares surged following Biden’s pardon, with two companies—Tilray and Canopy Growth—both jumping 20 percent. According to Fortune.com, “A 2017 survey from Marijuana Business Daily found that 81 percent of American cannabis business owners and founders were white and 10% of cannabis business founders identified as Hispanic/Latino or Black.” Business Insider’s review into the diversity of the fourteen largest market-value US and Canadian cannabis companies, including Tilray, found that 90 percent of the executives at the companies were white.

President Biden also said he calls upon all state governors to issue the same pardons. “Just as no one should be in federal prison solely due to the possession of marijuana, no one should be in a local jail or a state prison for that reason either. […] This is important, as the vast majority of marijuana possession convictions are state convictions.”