Professor presents research on driving under the influence of Cannabis 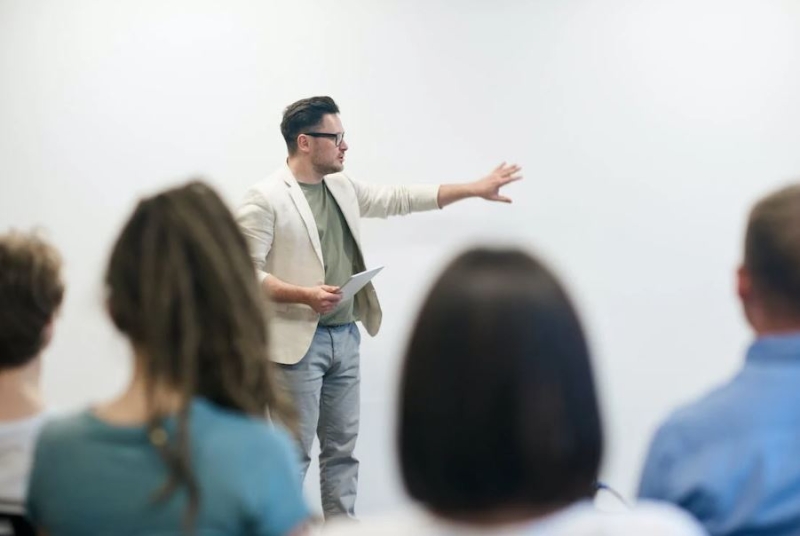 “You all must be here for the free samples,” joked Ari Kirshenbaum, St. Michael’s professor of psychology.

Through Kirshenbaum’s research, he discovered that the effects of cannabis on a driver operating a vehicle is no laughing matter.

The McCarthy Arts Recital Hall was busy and lively, with over 40 attendees filling the auditorium for Kirshenbaum’s presentation of “Weed and the Wheel.” Among many notable awards and publications, he also receives funding from the National Health and Science Foundations for his research.

Throughout his presentation, Kirshenbaum explained how cannabis affects people, especially when driving cars. He also discussed the decriminalization of cannabis in Vermont, as recreational dispensaries in Vermont opened in the state on Oct. 1.

Kirshenbaum quotes the actor Bill Murray’s famous quote on the decriminalization of the drug, “I find it quite ironic that the most dangerous thing about weed is getting caught with it.” He noted that critical thinking is crucial when encountering quotes like these. Cannabis is dangerous, but there are legal drugs that are far more harmful. What Kirshenbaum believes is that there is a lack of knowledge of the addictive nature of weed. “People don’t have an accurate understanding of the risks. Many people misunderstand the differences between fact and opinion when dealing with the effects of cannabis,” Kirshenbaum said. He hopes that one day “smoking and driving becomes as taboo as drinking and driving.”

Kirshenbaum’s work focuses on the ability to detect if a driver is impaired after smoking weed. He created an app called Indicator. The app is a series of games, mainly reaction based, that determine how cannabis affects the user’s cognition.

The app is still a work in progress. “We are still in data collection mode, I just want to advertise that cannabis affects you differently than alcohol,” Kirshenbaum said. “People understand that they have been drinking, they need to wait a certain period of time to drive. They also understand that when they drink they’re gonna be slurring, losing balance and coordination. With cannabis we see different effects but, still, impairing effects.”
According to Kishenbaum’s studies on “subjective high” which encounters the question, “how high is the user?” Even for users who have a strong tolerance, it still takes a while for the effects of the high to wear off where it would be deemed safe for them to operate a vehicle.

“In this case, we’re seeing it takes two ¼ hours to four hours after using to become less intoxicated from THC,” Kirshenbaum said. THC activates a receptor in the brain which affects conscious cognition and behavior. There is a significant crash risk when cannabis is involved. The odds of getting into a crash when driving high are 6.6 times more likely than when driving sober. Kirshenbaum believes alcohol and opioids are far more dangerous than cannabis, but we should still be concerned about the effects. Kirshenbaum’s study shows that even heavy use of cannabis does not mean you have a stronger tolerance to intoxication which debunks the popular myth of being a safer “high driver” if you use cannabis often.

“I think it is important for students to learn how dangerous cannabis can be, especially when it comes to things like driving, and the interpretation of what you can and cannot do on the drug,” said psychology student Michael Hinson ’25. “ I do a lot of work with drugs and behavior. I work in a nicotine lab on campus. It’s important to get out and do presentations like this for students.”