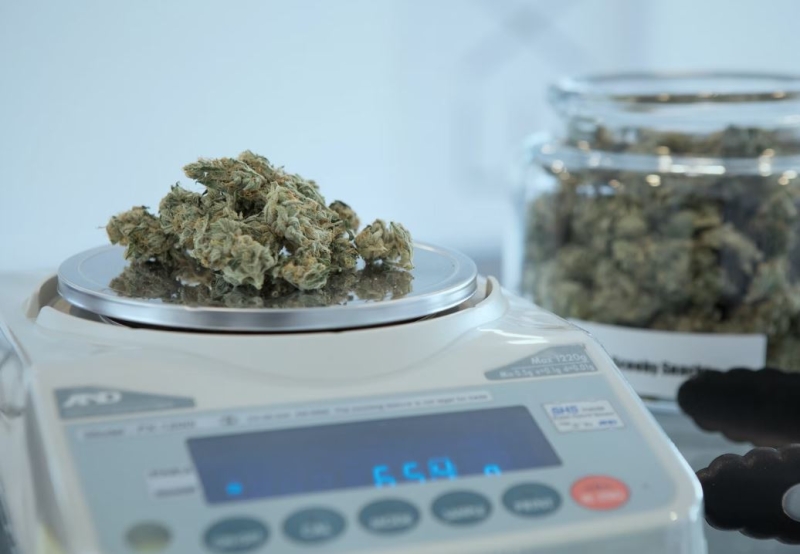 NORTH BRUNSWICK – The township's first medical marijuana dispensary will be opening on Route 1.

Garden State Botanicals' proposal to convert a 2,400-square-foot space at a shopping center at 1345-1471 Route 1 southbound was approved by the township's Zoning Board of Adjustment last month.

The dispensary will be in the North Oaks Plaza, commonly known as the Raymour & Flanigan shopping center, adjacent to North Oaks Boulevard.

The dispensary is expected to be between WindowRama and Dunkin’, in the space currently occupied by Halal Boys, according to the township.

The dispensary was approved by a 6-1 vote. Board member Joe Policastro cast the lone dissenting vote.

A use variance was needed because while the zoning allows a recreational marijuana store, a medical marijuana dispensary is not permitted.

The dispensary is only allowed to sell to individuals who have a state-approved medical marijuana card, Thomas Murzenski, vice president of operations for Garden State Botanicals, said.

Murzenski said Garden State Botanicals signed into a lease with the landlord, Raymour & Flanigan, contingent on obtaining the use variance.

The business anticipates between 10-15 employees on each shift, Murzenski said.

Security is a major concern for Garden State Botanicals.

The state has to vet and approve all security protocols, which includes comprehensive video surveillance and a state-of-the-art alarm system, Murzenski said.

Garden State Botanicals will provide the video surveillance to the North Brunswick Police Department which will determine whether an armed guard will be required to be posted at the front door.

"We don't have any product at all on the floor itself," Murzenski said. "It's always stored just in the vault."

The windows will all be tinted or glazed, he said, so you can't see inside the store from the outside.

The business typically doesn't have people lingering in the stores, Murzenski said.

The products allowed to be sold by the state are flower, basically the vegetative leaves of the plant, vape cartridges, tinctures, lotions and lozenges, Murzenski said.

"At this point, the state does not permit any other edibles, so there's no brownies, cookies, drinks or anything along those lines that other states do permit at this point," he said.

Initially the business will offer medical marijuana sales only, which limits the customers substantially, but Murvenski said it is the intention to eventually sell recreational marijuana.

"We wouldn't be able to stay in business just as a medical adult-use dispensary," he said.