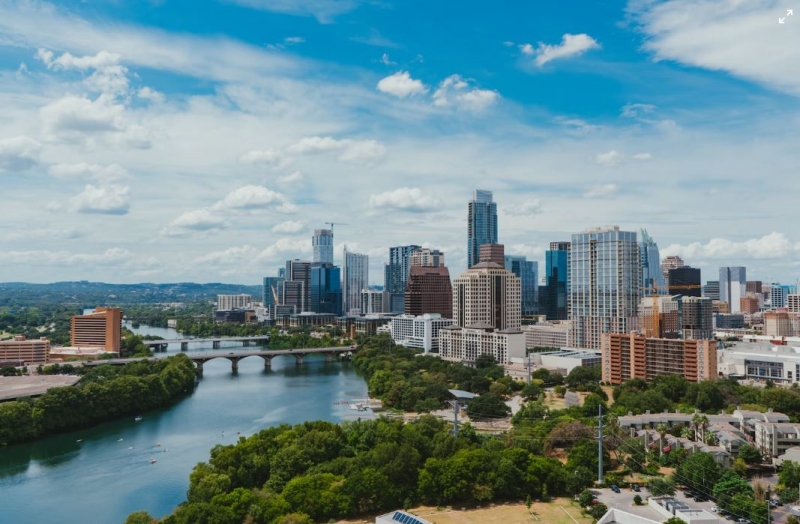 AUSTIN - A topic seen as controversial to some is becoming a booming industry in the Lone Star State.

More Texans are turning to medical marijuana, and this is only the beginning.

Texas Original first opened its doors on Feb. 8, 2018, and has continued to grow. They are one of three licensed medical cannabis operators in the state. The company is based in Austin but saw an opportunity in the Piney Woods.

“In East Texas and Nacogdoches in particular, basically started to grow pretty quickly for us,” Denton said.

The owners say they are impressed with their dispensary’s performance in Nacogdoches, and now they are looking to expand.

“We anticipate that over the next few years we will end up having a full-time retail location in East Texas,” Denton said.

But how is the growing process different from recreational marijuana, which is still illegal here in Texas? Jason Sanders, the Director of Cultivation, takes us through the process from source to dispensaries in your community.

“It all starts with our mother plants. We produce these originally from seed, and then we identify these plants as being the same ratio as what our medicine is,” said Jason Sanders, Director of Cultivation, Texas Original.

They take clippings from the mother plant to create clones. These branches will be planted, left to grow for two weeks, and transferred to a flowering room.

“After veg, they come into the flower room here, and this is our fall room, this is like being in September, October of year,” Sanders said.

The cannabis plants will receive less light here and start to bloom flowers over eight weeks.

“These plants right here are barely starting to show, the very first signals of their flowers, that little white hair we call those pistils, and that’s the beginning stage, so this is the first week of the flower life cycle,” Sanders said.

From seed to harvest it takes about 91 days, then turned into oil.

“We will cut the whole plant down and hang it in this room for 12 days,” Sanders said.

The plants are hung in a colder room so they can start to form a crystal-like substance known as trichomes, which are found in the buds.

“The vast majority of our medicine, which is in the cannabinol form is within those trichomes,” Sanders said.

The buds are then cut off and grounded to extract the medicinal properties.

“So we extract out the cannabinoids and the terpenes with this machine right here,” Sanders said.

The extracted material called “crude” will then be filtered with methanol for purification.

“Just further refining our oil to be as pure as possible,” Sanders said.

The oil is then sent to a lab to be tested for contaminates and to check the THC.

“THC is a cannabinoid that’s found in a cannabis plant,” Denton said.

Under the Compassionate Use Act, the law here in Texas allows approved doctors to prescribe medical cannabis, but the THC must stay under 1% in weight versus the average street marijuana of 20%. Once the oil gets a certificate of approval, it’s sent to the company’s kitchen to make the edible products.

“There’s no smoking allowed in the state of Texas under the Compassionate Use program rules,” Denton said.

Tinctures, gummies and lozenges are a few of the items that are made and sold in the dispensary.

“You’re in our dispensary right here where our patients can come and fill a lot of their scripts they received from their doctors,” Sanders said.

Any patient that comes in requires a prescription from a certified doctor, but the owners of Texas Original say the qualification process is not complicated and can be done online.

“There’s a button on there that says get a prescription, we’ll connect you with a doctor, the doctor will then diagnose you,” Denton said.

To meet the requirement you must have one of the 145-plus conditions approved under House Bill 1535 like cancer, PTSD or epilepsy.

“The doctor will enroll you in the Compassionate Use registry, and they will put a prescription in place for you,” Denton said.

“Our goal is to be able to serve as many Texans that are eligible to get access to this medicine,” Denton said.

Before you apply, experts say you should be well informed on how medical marijuana works.

“I would just encourage everybody to get educated and become informed and do homework,” Denton said.

Whether medical marijuana is a gateway to legalizing recreational marijuana in Texas, Denton says the issue should not be politicized but focus on medical solutions to pain and a doctor should always be in control of a patient’s treatment.

“This is not a political issue, this is about health,” Denton said.

We’ve put together a list of resources that include information on medical marijuana and traditional treatment for pain management, nausea, loss of appetite, and other symptoms related to certain illnesses.