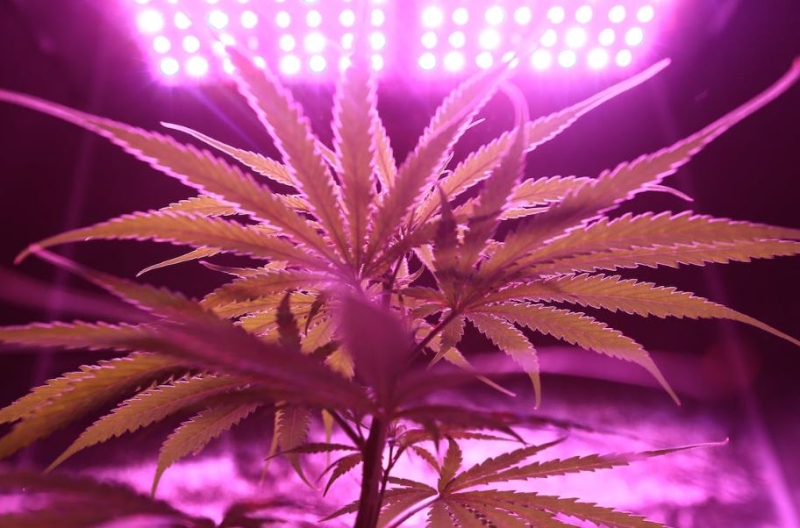 Just days after Missouri approved recreational marijuana, some Kansas City area weed businesses say they are ramping up their facilities and preparing to cash in from increased sales.

Others, however, are more relieved than elated. They view legalized marijuana, which voters statewide approved Tuesday, as a lifeline in a medical industry that is oversupplied with too few customers to go around.

Businesses in the established medical marijuana industry were counting on Tuesday’s vote, which legalized recreational marijuana for adults over the age of 21. They hope recreational sales, expected to start in early February, will help their businesses stay afloat.

“I don’t know that too many people would have been able to survive had that ballot initiative not pass,” said Chris McHugh, CEO of Vertical, an indoor cultivation, manufacturing facility and dispensary in St. Joseph.

Right now, McHugh said he’s working with the Missouri Department of Health and Senior Services to transition his business to allow for recreational sales. He’s prepared to beef up his staff and facilities for more customers, but he said the changes won’t be drastic.

“When we got into the medical market, everyone told us that we were going to make a bazillion, gazillion dollars and we ended up losing a billion,” he said. “I don’t really take those predictions to heart anymore. I think it’s just a wait-and-see type thing.”

Josh Mitchem, the CEO of Clovr, a Kansas City manufacturer of marijuana-infused products, said that before recreational marijuana was legalized, he was already preparing to expand his facility located in an industrial area south of the Missouri River. After Tuesday’s vote, he said he now plans to double his staff and add more equipment starting in January.

Mitchem said he has about three months worth of inventory to prepare for recreational sales. While many businesses expect to be able to start selling recreational marijuana by early February, Mitchem said he expects it’ll take about six or eight weeks to catch on.

He shared some of McHugh’s concerns about the small number of medical marijuana patients and said he expects to now get somewhere between three and five times as many sales.

“I think it’ll be a much larger base of customers coming to us,” he said.

Legalized marijuana has also spawned ambitious plans for a new entertainment district that would allow people to consume weed in the small village of River Bend along the Missouri River, about 15 miles northeast of downtown Kansas City.

The plans call for an amphitheater, two indoor entertainment venues, festival grounds and various food and drink spots. Developers hope the amphitheater and venues will be a major attraction for shows and performances.

Joey Pintozzi, BesaMe’s vice president of retail operations and marketing, said the district is a way to combine the cannabis and hospitality industries. He said he hopes to break ground on the project this winter for the possibility of festivals as soon as late next spring.

The full development is expected to open in late spring 2024, he said.

“I am overwhelmed and overjoyed by the amount of support we are receiving for this,” he said. “It goes back to everything that we want to do and that’s normalize cannabis and hospitality — give people a place where they can be themselves, but at the same time, we want to provide an amazing entertainment district with world class entertainment.”

Unlike the established industry, small-time operators who wish to break into the recreational marijuana market are now playing a waiting game to see if they can get licenses.

Businesses like Funky Skunk, a Black-owned smoke shop in Raytown, will have to compete in a pool for micro-licenses in order to sell recreational marijuana. The state will use a lottery system to award licenses to qualified micro-license applicants.

“At this point we have to just hope that the lottery swings in our favor,” said Andrew McDowell, the Funky Skunk co-founder. He said he hopes that his application for a micro-license will allow his company to compete with the established industry.

The micro-licenses are built for smaller businesses and are more restrictive than the full licenses given to established companies. The state will be required to issue at least 144 divided among the state’s eight congressional districts. Among other criteria, the micro-licenses target lower income individuals and those who have been previously arrested for nonviolent marijuana offenses.

“Business will stay the same currently until we get all the information on the application process,” McDowell said. “And then we’ll go to work on building the plan and solidifying our process so that we can submit an application.”