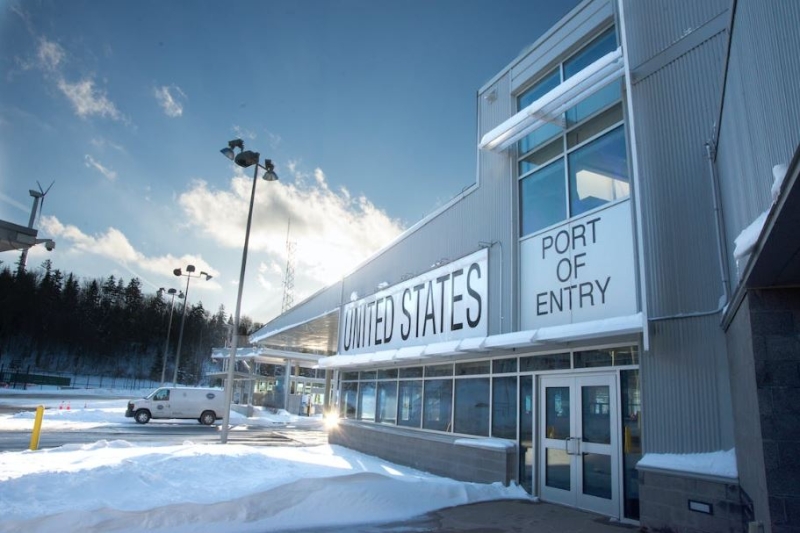 'My own country had pardoned me but that didn’t matter. They told the federal government of the United States of America not to forget'

Robyn Jones* was 17 years old when she was charged with a cannabis offence that would follow her for the rest of her life.

In 1981, Jones was sitting at a picnic table in the smoking section outside of a bar and restaurant in Barrie, Ont., picking out the sticks and stems of an ounce she’d recently purchased. She had just started rolling a joint when a police officer rolled up.

It was her first brush with the law, and it resulted in Jones being fined around $250, money she had to borrow from her brother to prevent her parents from finding out.

Seven years later, she applied for and was granted a record suspension, or pardon, from the RCMP. She avoided any further interaction with the law and mostly forgot about it, until 33 years later, when she attempted to enter the U.S.

Jones recalls being “super happy” after she received the pardon, confident that the charge was now behind her.

“I forgot about it from that time on, I thought I’d never have to worry about it again,” she says.

For several decades she travelled freely, crossing the U.S. border dozens of times, but in 2013, having recently completed a divorce, Jones acquired a new 10-year passport with her maiden name, the same name she was charged under.

With the new passport in hand, Jones was on her way to Florida with her family when they were referred to secondary inspection at the Niagara Falls border crossing.

As they waited, Jones began thinking that her son, who was in the bathroom throwing up, must have done something. She began making plans for how to get him home safely. Then the border agents called her name.

Jones was brought into a private room where she was joined by a border agent. She recalls the conversation unfolding as follows:

“Have you ever been arrested?”

Silence lingers as the border agent stares at her.

“What were you arrested for?”

“It was pot. But it’s been pardoned. Are you kidding me?”

They were not kidding.

Jones says she remained in the room for about two and a half hours as the agent requested detailed information about the last 30 years of her life, including her employment history and the names, ages and addresses of her six children. Afterward, she was fingerprinted and had her photos taken.

“My own country had pardoned me for this but that didn’t matter,” she says. “They told the federal government of the United States of America not to forget. They hold on to that information.”

After much deliberation, Jones was allowed to temporarily enter the U.S. as she had a plane ticket indicating she had to be back in Toronto in two weeks to fly to France, where she was living at the time.

It was then that her brand new 10-year passport, which Jones still uses, received its first stamp.

“They ended up stapling a piece of paper in there that I had to get in and out of the country in that two-week time period and a big stamp that says ‘Paroled.’ That was my first stamp.”

Jones later attempted to clear her name again. She returned to the police station in Ontario, but no record of her charge could be found. She poured over paperwork and filled out documents that would, in theory, allow her to enter the U.S. again with a waiver. But as Jones neared the end of the application, she discovered there was no guarantee that the process would allow her to cross the border freely and she would need to continue to reapply to be admissible again in the future.

“I just said forget it. I don’t want to go that bad. It was completely onerous and I already spent a whole bunch of time and money on it.”

Leading up to legalization, the Liberal government had said as many as 250,000 Canadians may be eligible for pardons for past simple possession convictions, while other estimates put the number closer to 500,000.

More than four years after legalization, however, fewer than 700 people had successfully been pardoned for cannabis possession.

Chris O’Neill of Stittsville, Ont, wasn’t one of them.

The 51-year-old recently told CBC about losing his job at a records management company for a joint he smoked 33 years ago.

In O’Neill’s case, his record mentions only possession of a narcotic in contravention of the Criminal Code, it doesn’t specify cannabis and the original court record no longer exists.

“Even the courthouse that I appeared in is no longer there,” O’Neill told CBC.

O’Neill’s situation highlights why many activists have long called for cannabis expungement in Canada, rather than record suspensions. While an expungement permanently destroys a record, a pardon does not. The charges can be reinstated by subsequent governments and accessed by some police and government agencies.

“I think that it’s a part of basic justice that we go back and expunge, not just pardon, but actually expunge the criminal records of people who were caught for these nonviolent offences,” Matthew Green, an NDP MP representing Hamilton Centre told The GrowthOp earlier this year.

For Jones, O’Neill’s story sounds familiar. She says she thought about applying for another pardon following legalization, but with the original paper trail all but disappeared, she doesn’t see much point.

Two weeks after the border incident, Jones was back in Canada, preparing to return to Europe. Since then, she says, even with the ‘paroled’ stamp in her passport, she’s been able to travel freely elsewhere as long as she avoids any travel into the U.S.

She says she’s sharing her story now because she knows there are others in a similar situation.

Amending the Criminal Code and CDSA

For some Canadians, change could be on the way via Bill C-5, which is currently before the Senate. The bill would repeal mandatory minimum sentences for all drug offences and “sequester” all records involving the personal possession of drugs. The NDP amendment was proposed by MP Randall Garrison.

While Garrison has previously called for expungement for cannabis convictions, the federal government has said that approach is too complicated due to records being held both federally and provincially. The sequestering of the records means the charges will never show up on criminal record checks, according to Garrison.

“I was assured that it’ll have the same impact on people’s lives as a complete expungement of those records,” he told CBC last month, adding, though, that it will do little for those already in the U.S. system.

“If you’re already in the U.S. system, we don’t have any ability to get your name out of their system,” he said. “Going forward, your name would not end up in their system.”

Toronto-based cannabis lawyer Russell Bennett has long called for the federal government to grant cannabis expungements. He says that Canadians with cannabis charges that date back more than 15 years can apply for a waiver to enter the U.S. but it does not guarantee admissibility.

The fact that Canadians are still being denied entry to other countries makes it “clear that the government’s attempts to help Canadians with cannabis possession convictions have failed,” Bennett says in an email. “At least 500,000 Canadians find themselves in this situation. The government needs a better and more equitable solution.”

And while he argues that expungement is a better approach, even that doesn’t guarantee entry to the U.S., as the records may still show up in older versions of police databases. “They may still see your record, and deny you entry,” he adds.

Bennet says it will take a similarly collaborative approach for meaningful change to occur at the border and for people like Jones to be able to travel freely again across North America.

“Ideally, both countries must work together to change the U.S. border laws,” he says.

As for Jones, there’s at least one reason she’d like to return to the U.S. She’s never been to New York City.

“It really bugs me I’ve never been there but I wouldn’t just try to cross,” she says. “If I’m going to make a plan to travel to the States for whatever reason, I want to be damn sure I’m getting in and I’m not suffering embarrassment at the border crossing anymore.”

*Note: Robyn Jones is a pseudonym to protect the person’s identity.