Smoking Weed vs. Edibles: Which is better for your brain? 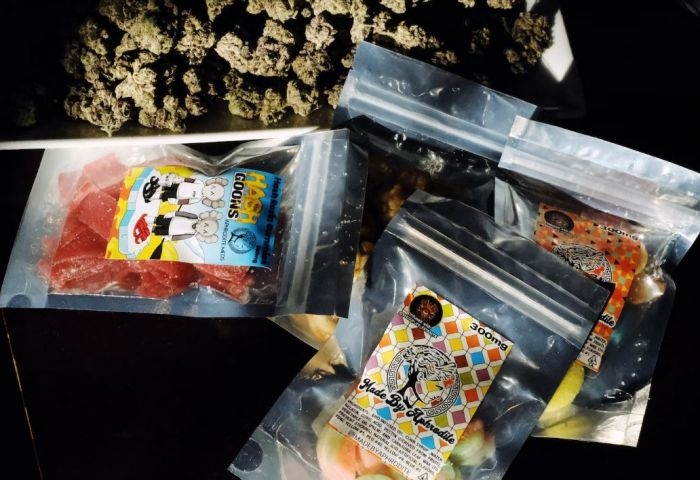 Reducing the smoke you inhale, as well as controlling your dosage are both ways to ensure your body and brain enjoys the benefits of weed without the potential downsides.

Everyone who enjoys marijuana has their preferred method of consumption. In these advanced and semi-legal times, that can be anything from vaporizing to eating to drinking or even good old fashioned smoking. Each way of consumption has a high that kicks in a little differently and comes with its unique set of benefits and downsides.

While many of the pros and cons associated with how you consume your weed are minor and superficial, others are a bit more serious. In fact, the way you consume your marijuana can even affect how healthy (or unhealthy) the substance is for your body — even your brain. After all, all the organs that interact with THC eventually lead to the brain in one way or another. When it comes to eating or smoking your weed, which is better for your brain health?

Why Smoking Weed Is Both Better and Worse for Your Brain

People prefer smoking weed instead of eating it for many reasons, but one of the main ones is the speed in which weed hits you when you smoke versus when you eat it. As we previously reported, smoking weed kicks in much faster than edibles. This not only allows you to get high quicker (which is often the goal), but it also prevents you from consuming too much THC at once. It is much easier to control your dosage and prevent overdoing it, which is great since overdoing it can have negative effects on the brain, including memory issues and paranoia.

Smoking weed, however, can do some real damage to your lungs. As we previously reported, cannabis can cause all sorts of lung issues over time. While these lung issues might seem bad enough to steer you towards a different consumption method, there is also evidence that suggests poor lung health can even affect your brain. According to the book An Overview and Management of Multiple Chronic Conditions, “Lung disease and impaired lung function were associated with greater risk of dementia and mild cognitive impairment through both Alzheimer’s disease and cerebrovascular aetiologies.”

While it might be easier to dose and get high quickly, the potentially compounding health issues with consistently smoking your weed might be why many consumers prefer to eat their THC.

Edibles Are Smoke Free but Have Their Own Brain Baggage

Perhaps the biggest and most obvious brain and health benefit of eating your weed is that there is no inhaled smoke involved. By ingesting your THC you remove many of the potentially negative health effects that can damage your lungs and, in turn, even your brain. While this is great news for your lungs, consuming edibles comes with its own set of health risk factors that can mess with your brain.

According to the CDC, “edibles, or food and drink products infused with marijuana, have some different risks than smoked marijuana, including a greater risk of poisoning.” The reason for this, according to the CDC, is that because it can take up to two hours to kick in, novice users may consume more and more, resulting in a dangerous overconsumption. While cannabis overdoses (also known as acute cannabinoid overdose) are not a common symptom when consuming cannabis, and not directly life threatening, they can have negative brain effects.

Per Healthline, “The combination of the highly variable THC concentration and the long latency period of edible cannabis products makes them very easy to unintentionally overconsume, which can lead to unwanted symptoms, such as paranoia and impaired motor ability.” Paranoia and other mental problems are never good for your mental state or brain health, not to mention they completely ruin any chance of enjoying your experience.

In the end, careful consumption, regardless of how you consume your marijuana, is best for your brain and body as a whole. Reducing the smoke you inhale, as well as controlling your dosage are both ways to ensure your body and brain enjoys the benefits of weed without the potential downsides.