What happens to Cannabis bills if Republicans take House and Senate? 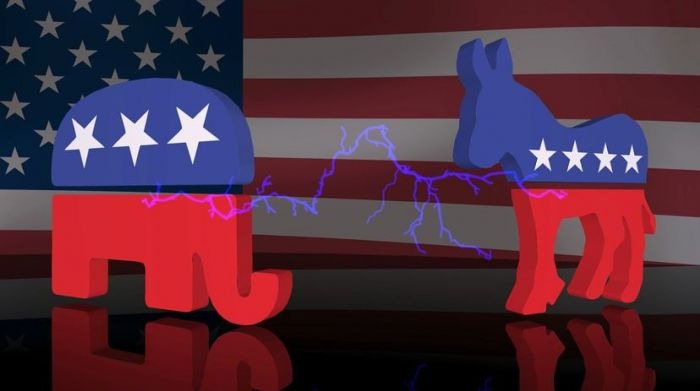 "The Risk of a Post-Election Funk”

“We would be less optimistic about SAFE Plus in the lame duck if the Republicans were to take both chambers,” said Cantor Fitzgerald's Pablo Zuanic. “We will wait for Wednesday morning to have more definitive views.”

Zuanic, who is worried that SAFE Plus may not be a high priority for the Senate leadership in the lame-duck session. “Republicans taking control of both chambers of Congress (as the latest polls signal) could lead to a 'post-election funk' among Democrats."

There is a scenario, says Zuanie, that Sen. McConnell (future Senate Leader, probably) may press Republican Senators to withhold support for SAFE Plus until the 118th Congress.

"True, with cannabis stocks not pricing favorable reform news (MSOS ETF at 11) and 2023 around the corner, the downside may be limited. SAFE Plus with hemp/CBD features (HR 841?) passed by a Republican Congress could be the type of incremental reform the industry needs, but then we are talking 2023-2024, and not lame duck," Zuanic said.

Beyond that, "we would be skeptical about more comprehensive reform in the 118th Congress with Republicans potentially controlling both chambers, although we should not overlook efforts by Representatives Mace (SC) and Joyce (HO)," with proposals like the States Reform Act and the PREPARES Act, respectively, according to the industry report.

Zuanic also doubts the White House would use political capital to de-schedule or re-schedule cannabis on its own. "We do not see how that can be done in isolation without an appropriate accompanying comprehensive legalization framework."

The success of the Canopy USA structure proposed by Canopy Growth Corp. (NYSE: CGC), "may end up being one of the main industry catalysts to monitor in 2023, especially if NASDAQ relents, and approves it, as in that scenario we would see MSOs uplisting," Zuanic said.

According to the report, the aforementioned, plus ongoing mergers and acquisitions, "which will likely accelerate without SAFE" as small and mid-sized operators may be forced out, may end up being the key catalysts in the coming year and progress with German legalization, for those watching the industry around the world.

On Tuesday, November 8th, four of the five states with ballots to approve adult-use marijuana are red states with Maryland the exception. "We believe that they could be more supportive of federal-level reform (even if gradual in the future)." Currently, 19 other states have legalized recreational cannabis.

"Let’s wait for Wednesday morning," said Zuanic despite polls seeming to imply Republicans will take control of the Senate and House. "In such a scenario, besides the likely big disappointment and likely recrimination among Democrats, we wonder where SAFE Plus will rank for Sen Schumer in the very short lame-duck session (starts 11/14; the 118th Congress begins on Jan 3rd)."

Also, "will Sen McConnell decide to keep Republican Senators in line, and have them wait for Republican-sponsored legislation in the 118th Congress, as opposed to passing SAFE Plus now?," said Zuanic.

Indeed, the SAFE Plus “timeline” we had expected has not played out yet. "Yes, in a debate last week Sen Schumer confirmed he is working with Senate Republicans and Democrats on such a bill, but it appears that there is no final draft yet," Zuanic added.

Rep. Mace (R-SC) has the States Reform Act (SRA) and Rep. Joyce (R-OH) has the PREPARES Act (a framework to develop future reform, which now has an accompanying version in the Senate). "Maybe then in 2023, Sen McConnell would decide to incorporate all or parts of HR 841 (re hemp/CBD) into SAFE Plus, in an effort to begin with gradual incremental reform around cannabis/hemp/CBD," according to the industry report.

"Could the White House move ahead with plans to de-schedule or reschedule cannabis (as per President Biden’s instructions on 10/6 to the DOJ/HHS to begin the review process)?" reads the report.

Even if the White House decided to use political capital to do this without an act of Congress, an accompanying legalization framework would still be required and, as mentioned above, "We are skeptical as to whether that would happen with Republicans in control of both chambers," Zuanic concluded.