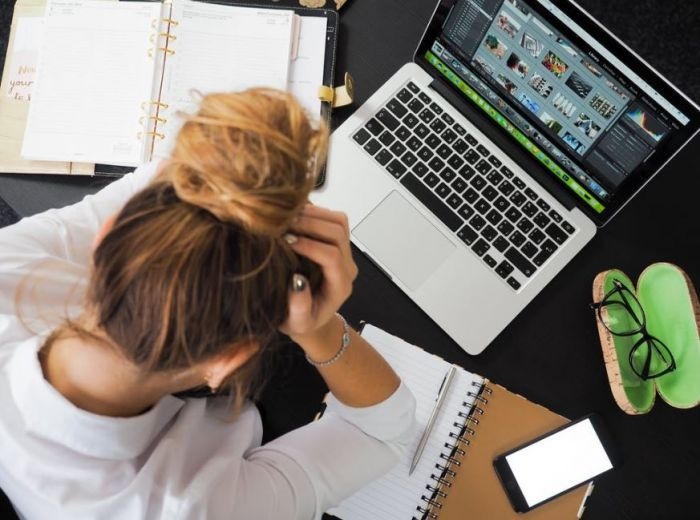 Following the launch of the recreational cannabis marketplace in April, eight out-of-state entities have dominated the landscape, opening and operating all 20 dispensaries currently licensed to sell across New Jersey.

However, Harmony Foundation in Secaucus is hoping to change that by becoming the first New Jersey-based, nonprofit medical dispensary to expand into the state’s adult-use market.

Harmony, one of the recipients of the original six alternative treatment center (ATC) permits granted by the New Jersey Department of Health, began operating in June 2018 under the Medicinal Cannabis Program and has had its permit renewed annually by the state ever since.

Besides helping Harmony expand its business, the foundation believes becoming the first retailer rooted in the state to offer adult-use cannabis will be a great example for New Jerseyans looking to enter what is expected to be a more than $2 billion a year industry by 2026.

“We are showing that cannabis businesses born in this state have the ability to join those multi-state operators and thrive, reinvesting our successes into our local communities,” said Shaya Brodchandel, president and chief executive officer of Harmony.

“This is an exciting step forward for Harmony, and, we believe, for the growing cannabis industry in New Jersey,” added Brodchandel, who reiterated that even after entering the recreational market, the foundation will continue to grant priority to patients and registered caregivers.

Located at 600 Meadowlands Parkway, Harmony’s cultivation and dispensary facility currently serves 6,159 medicinal-use patients who are seeking relief from ailments such as pain, arthritis, nausea from cancer treatment and a reduction in the impact of epilepsy-related seizures.

Harmony’s second location in Lafayette, which won operational approval in May, has allowed the foundation to expand its product variety through onsite cultivation, manufacturing and extraction.

A key component of New Jersey’s cannabis law is that at least 70% of all tax revenue from recreational sales be invested into impact zones, which are communities with higher-than-average unemployment rates, crime indexes and cannabis arrests.

The state’s licensing process also gives a 15% priority to social equity business applications and those from certified minority-, women- and disabled-veteran-owned businesses. According to the most recent data from the New Jersey Cannabis Regulatory Commission (CRC), the state board that regulates the industry and oversees licensing, 34% of licenses have gone to minority-owned businesses and 24% have been awarded to businesses owned by women and disabled veterans.

“As Harmony continues to grow, and achieve even greater business success, our core mission will match the intentions of Gov. Murphy for the industry and be a force for lifting up others that have previously not been afforded opportunities for entrepreneurial success,” said Shaya Brodchandel, president and CEO of Harmony.

However, entrepreneurs from those backgrounds face several challenges when it comes to establishing themselves in the emerging cannabis industry. Along with high start-up costs and access to capital, prospective business owners face a tight real estate market overall, making it hard to find somewhere to set up shop

They’re also up against more established, multistate operators who have years of experience and more resources at their disposal. Of the 20 stores currently selling recreational cannabis, three are operated by Curaleaf, three by Verano, two by Acreage, two by RISE, two by Ascend, three by TerrAscend, three by AYR Wellness and two by The Cannabist/Columbia Care.

Last month, the New Jersey Economic Development Authority, along with the New Jersey Business Action Center and the CRC, announced they’d reach out to stakeholders to learn more about the obstacles. The input, they said, could be used to help inform a potential cannabis grant program that brings equity and economic opportunity to those who have been impacted by cannabis prohibition.

Brodchandel, who is also president of the New Jersey Cannabis Trade Association, has spent the past few years working to help entrepreneurs overcome the challenges associated with opening a cannabis business. Besides providing mentorship, he co-presented the Minority Cannabis Academy, a first-of-its-kind nonprofit workforce development program that aims to provide a pathway for minorities that want to begin working in New Jersey’s legalized marijuana marketplace.

“Shaya began helping me before there truly was a cannabis industry in New Jersey,” Eli Terry, a Jersey City-based cultivator who looks forward to bringing his own talents and expertise into the market, said. “As I sought out help to navigate the regulatory framework Shaya not only took my phone calls, but he invited me in, he sat down with me, he mentored me.”

Terry admits that even though he has been growing cannabis and fine tuning his own strains as a college student since 2015, he didn’t understand the intricacies of entering the market under the rules put in place by state regulators.

“He never promised me anything,” Terry said of Brodchandel’s support through the process. “But he taught me how to think like an entrepreneur.”

Teaneck resident, scientist and engineer, and aspiring entrepreneur Tony Campbell said Brodchandel’s willingness to help others shows that he “truly wants to make the industry strong in New Jersey.”

“He knows that by nurturing us, and others like us, the cannabis industry in New Jersey will mature,” said Campbell, who received a conditional license from the CRC. He went on to say that if Harmony was given an opportunity to play an even bigger role in the marketplace, Brodchandel will continue to help guide others.

“Shaya knows things, and he’s willing to share that knowledge,” Campbell said. “For those of us trying to get our own starts in the industry, that’s wildly valuable.”

As part of its plan to enter the dual market, Harmony aims to open satellite dispensaries at 95 Hudson St. in Hoboken and 227 Coles St. in Jersey City, which, it said, will be “additional job creators.”

“Through our Social Equity Plan, creating real jobs for New Jersey residents or reinvesting our profits back into the community, Harmony has shown a commitment to the state and people of New Jersey,” Brodchandel explained. “We look forward to expanding our presence at job fairs, and providing additional expungement clinics, reentry support, and mentorship opportunities.”

Before it can begin selling adult-use cannabis, Harmony must secure final approval from the CRC. After applying in July, Harmony executives thought it would receive the green light during the CRC’s Oct. 27 meeting, however the application did not come up for a vote.

Toni-Anne Blake, communications director for the CRC, said, “Board meeting agendas are set by the chair in consultation with staff and Harmony was never on the Oct. 27 agenda.”

The board also approved 297 conditional licenses, bringing the total number of such permits issued since March up to 801. And, the state signed off on the first 18 annual adult-use cannabis business licenses – 10 of which were conversion applications to annual licenses and eight annual license applications.

“This is a special milestone for the commission and for New Jersey’s new legalized industry. With the awarding of eight cultivation licenses and three manufacturing licenses we are setting good groundwork for New Jersey’s cannabis market,” said CRC Chairwoman Dianna Houenou. “We hope to see these facilities up and running as soon as possible to be local Garden State suppliers to the retailers who also got their annuals today and the others that will be licensed in the future.”

Additionally, the CRC voted to extend the length of time for certain conditional licensees to apply for conversion to an annual license and will now allow up to two 45-day periods.

Following the meeting, Brodchandel said, “While Harmony congratulates all the new awardees, we are also disappointed that the CRC failed to act on our expanded ATC certification to enter the adult-use market as the first nonprofit N.J.-based operator.”