How much does Weed cost? 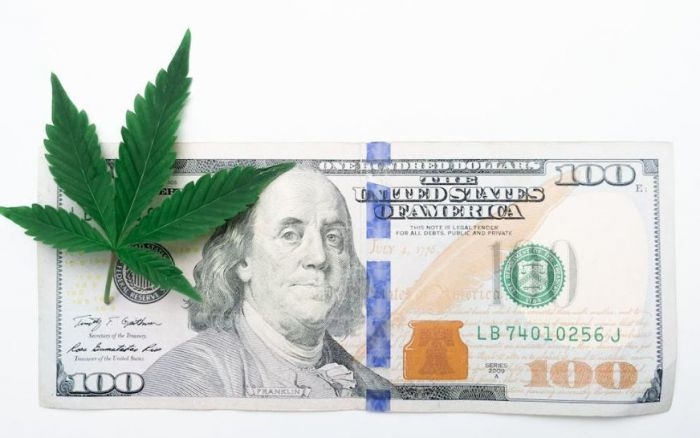 Unlike products that are skyrocketing in price, cannabis is still illegal on a federal level, and therefore not regulated the same way.

The rise of inflation and increasing prices feels inescapable right now. From the grocery store to the news to politician’s speeches on the campaign trail, increased costs are currently embedded in everyone’s mind. For those who enjoy cannabis recreationally, or rely on its medical benefits, this talk of rising prices may have you worried about the price of weed.

As we have previously reported, however, the price of cannabis is not rising with the rate of inflation. In fact, it is reaching astonishing lows in some cases. According to Cannabis Benchmarks’ recent U.S. Cannabis Spot Index, “Both Colorado’s and California’s spot prices for wholesale flower fell to new all-time lows this week with the outdoor harvest yet to come to market in full force.”

This dip in prices may have you wondering what is going on in the cannabis market. More importantly, it might have you wondering how much weed costs these days, exactly. But the answer is a bit tricky, mostly because it is still illegal on a federal level. Each state sets its own marijuana policies, and in turn the price of weed varies from state to state.

On average, according to OxfordTreatment.com, the national average for an ounce of high quality weed is currently $326, an ounce of medium quality weed is $266, and the national average price of a joint is $7.59. With this said, prices are not likely to rise in the next few months, and could even drop further overall. But this, of course, all depends on where you live. Perhaps the best question to ask in these uncertain economic times is where weed is the most expensive, and where it is the cheapest.

Where Is Marijuana Most Expensive?

Topping the list as the most expensive place to buy weed in the United States is Washington D.C., where, according to OxfordTreatment.com, an ounce of high quality weed is $597.88.

Next on the list is North Dakota, where an ounce of the same weed costs $383.6, followed by Virginia, where it costs $364.89. “These are places where marijuana use is somewhat restricted: In D.C. it is illegal to purchase, in North Dakota it’s only legal for medical use, and in Virginia it’s not legal at any level,” according to the same site.

Where Is Marijuana Cheapest?

All three of these states have legal medical and recreational weed. The markets are well established in these states, as is the industry competition. This means there is ample supply and competition, which likely contributes to these lower rates for quality cannabis.

Why the Price of Weed Is Falling

One statistic that puzzles some who follow the price of weed is why it has seemed to drop in the midst of the inflationary times of 2022. According to Andrew Livingston, director of economics and research at the Denver-based cannabis law firm Vicente Sederberg LLP, there are several reasons for this, including “heavy competition within the regulated market; high taxation rates; the undercutting of prices by illicit or unregulated operators, including street dealers; and the natural growing pains that come with running a business in uncharted territory,” he told CNN.

Everything from the illicit market to increased competition in established legal markets contributes to the low price of cannabis today. Also, unlike products that are skyrocketing in price, cannabis is still illegal on a federal level, and therefore not regulated the same way.

As Zoë Plakias, an assistant professor of agricultural, environmental and development economics at Ohio State University told Courthouse News Service, “If restrictions on the sale of cannabis were lifted, if cannabis was legalized at the federal level, and we saw trade across states, I think we’d see cannabis look much more like other types of markets.” Until that day, the price of weed will likely be more unpredictable and susceptible to many outside factors.