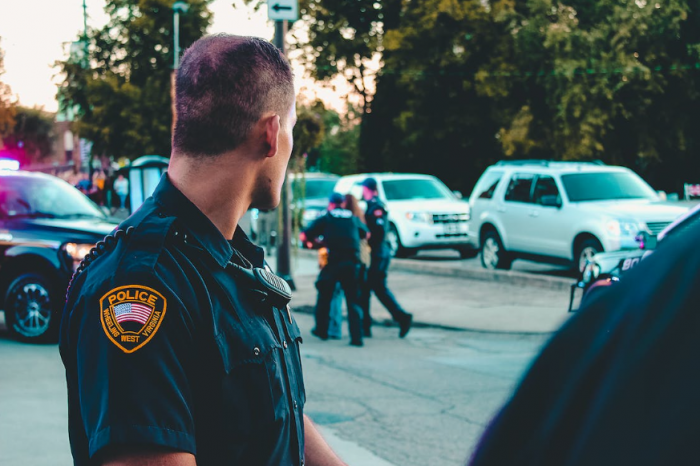 SIOUX FALLS - Another group has come forward to weigh in on legalizing recreational marijuana for adults in South Dakota.

Last week a group of Sioux Falls law enforcement, elected officials and community leaders spoke out against IM 27, a ballot measure that would legalize recreational marijuana for anyone 21 and older in South Dakota.

Now, a group of former law enforcement officers and veterans are coming together to voice their support for legalizing marijuana in the state.

These former officers and military members are actively rallying support for IM 27 in all corners of the state.

“I want South Dakota voters to know that there are many members of the law enforcement community who support marijuana legalization,” Renaud said.

These officers came to similar views from their experience with marijuana while patrolling the streets.

“It’s a distraction for police, a waste of time and resources that could be spent fighting real crime,” Renaud said.

They all agree drugs are a problem, but say marijuana isn’t the issue.

“Keeping marijuana illegal doesn’t make us safer, it’s a distraction from much more series problems,” Jorgensen said. “With six grandchildren I’m more concerned with them finding a fentanyl laced pill on the playground.”

“I’ve been to many domestic disputes, zero times was marijuana a factor. It was always alcohol or meth, but never marijuana,” Stocker said.

“Her son was killed was killed because of a marijuana deal,” Minnehaha County Sheriff Mike Milstead said in a press conference against IM 27 last week.

Sheriff Milstead shared a number of examples where marijuana crimes turned violent during last week’s gathering of officials speaking out against legalizing adult recreational use of marijuana.

“Another young man died in a car crash on Western Avenue near Midco. That was another marijuana deal gone wrong,” Milstead said.

“No one wants kids to have marijuana,” Stocker said. “Where are they going to go to get it? They’re going to go to the black market to get it, so we need to shut that down.”

Bill Stocker says the real danger comes with buying drugs from dealers off the street, something he believes IM 27 would help eliminate.

“I don’t want to access it illegally or off the street where it’s not safe. It’s regulated when you get it from a dispensary, it’s tested,” Letsche said.

Becky Letsche is a disabled veteran who was injured in Afghanistan; she’s advocating for legalizing recreational marijuana to help veterans and others who are struggling to access the state’s medical marijuana program.

“I asked my providers at the VA if I could, they said I could, said it wouldn’t impact my benefits or my ability to use VA services, but they would have to modify my care plan, which that means they won’t be able to write me any prescriptions,” Letsche said. “That wasn’t an option for me; I can’t just abruptly or completely stop my medications.”

Supporters of IM 27 say the measure isn’t just about recreation, but allowing people with medical needs more easily access cannabis without the restrictions and barriers of the state’s medical system.