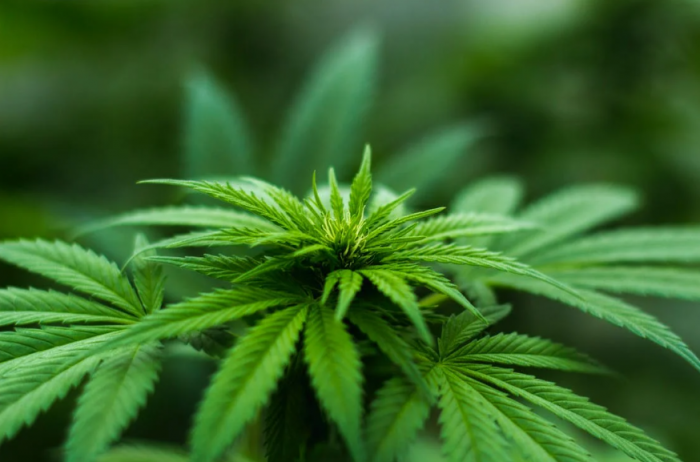 Heeding a legal blueprint laid out by an appellate judge, a Tampa-based orchid grower has filed a lawsuit accusing the Florida Department of Health of violating the state Constitution by delaying the issuance of nearly two-dozen medical marijuana licenses.

The lawsuit, filed Monday, Oct. 31, in Leon County circuit court, is the latest attempt by Louis Del Favero Orchids, Inc. to enter the state’s medical-marijuana market. The company’s other administrative and legal challenges over the past four years have fizzled.

Del Favero’s new lawsuit follows a September ruling by the 1st District Court of Appeal that sided with the Department of Health and upheld a lower court’s dismissal of a case filed by the company.

But the appeals-court decision included a concurring opinion by Judge Ross Bilbrey that called out state health officials for foot-dragging on issuing additional licenses and reneging on promises to open the license-application process after the Florida Supreme Court ruled in a key case.

Voters in 2016 passed a constitutional amendment that broadly legalized medical marijuana in the state. A resulting 2017 law created a framework for the industry and required the Department of Health to grant new licenses as the number of authorized patients increases.

With more than 700,000 patients now authorized for medical marijuana, the state should have issued at least another 22 licenses to keep up — doubling the number of current operators. The current operators were part of an initial group of applicants after the Legislature in 2014 passed a measure that allowed a relatively limited number of patients to receive low-THC cannabis products.

In his concurring opinion, Bilbrey said the health department issued an emergency rule in September 2017 that detailed the application process for potential operators of what are called “medical marijuana treatment centers,” or MMTCs.

Bilbrey’s concurring opinion also pointed to assurances that a Department of Health lawyer made more than two years ago during arguments in a lawsuit filed by MedPure, LLC.

The health department’s general counsel told Bilbrey during the MedPure case that the agency had put the licensing process on hold while awaiting the outcome of a lawsuit, filed by Tampa-based Florigrown, that challenged the 2017 law. But a Florida Supreme Court decision upholding the law was finalized more than a year ago.

“Aggrieved potential MMTC licensees are not without a remedy if the department refused to comply with its duties under the Florida Constitution,” Bilbrey warned in the September concurring opinion.

The judge also suggested that potential applicants should consider filing a legal challenge to force health officials to open the application process.

“I respectfully suggest that the department comply with its representations at the MedPure oral argument --- either open the application window referenced in the emergency rule or promulgate a superseding rule allowing for MMTC license applications. Otherwise, it may be necessary for a potential licensee to ‘seek judicial relief to compel compliance with the department’s constitutional duties,’” the judge wrote, quoting from the medical-marijuana amendment.

“Following the issuance of the (appeals) court’s decision, the department has still not opened an MMTC application window,” Seann Frazier, an attorney who represents Del Favero, wrote in the 13-page complaint.

Frazier argued that the health department “had a constitutional duty to begin registering and licensing MMTCs by 2017,” under the amendment.

And under the 2017 law, health officials also “had a statutory duty to open an application process and license additional MMTCs no later than 2018,” the lawsuit said.

“To date, the department has never opened any application process for registering and licensing MMTCs” pursuant to the state law, Frazier wrote.

The lawsuit seeks “an order compelling the department to comply with its constitutional and statutory duties by amending its rules and regulations to allow for MMTC applications to be submitted, to review competing applications within the time required by law, and to issue additional MMTC licenses to the best qualified applicants pursuant to the Florida Constitution and law.”

The 2017 law also required health officials to give special preference for up to two licenses to applicants that “own one or more facilities that are, or were, used for the canning, concentrating, or otherwise processing of citrus fruit or citrus molasses and will use or convert the facility or facilities for the processing of marijuana.”

After the law passed, Del Favero spent $770,000 to purchase property in Pinellas County that met the requirements for the citrus preference.

Amid pent-up demand for Florida’s application process to open, health officials this year moved forward with the process to grant a license earmarked in the 2017 law for a Black farmer who participated in federal litigation known as the “Pigford” cases.

Top aides to DeSantis told The News Service of Florida in June 2021 that the administration would put the Black farmer license at the head of the line for the long-awaited batch of medical-marijuana licenses.

At the time, the aides said the application process for the Black farmer license would be launched “within weeks to months” and set the stage for the remaining licenses.

The health department accepted a dozen applications for the Black farmer license in March and on Sept. 21 announced its intent to grant the license to Suwannee County farmer Terry Donnell Gwinn.

Applicants who lost out on that license are challenging the decision.

Meanwhile, some medical-marijuana industry insiders are speculating about whether the Del Favero lawsuit could help spur the DeSantis administration to speed up the roll-out of the application process for other licenses. The health department has been expected to kick off the process before the end of the year.

“I look forward to the DOH (Department of Health) mooting out this lawsuit by moving forward with this process by the end of the year. I think that’s the simplest and easiest way for them to win the suit,” attorney Daniel Russell told the News Service. “I hope this litigation does not slow down the process, ultimately.”