Czech Republic on the way to legalizing Cannabis 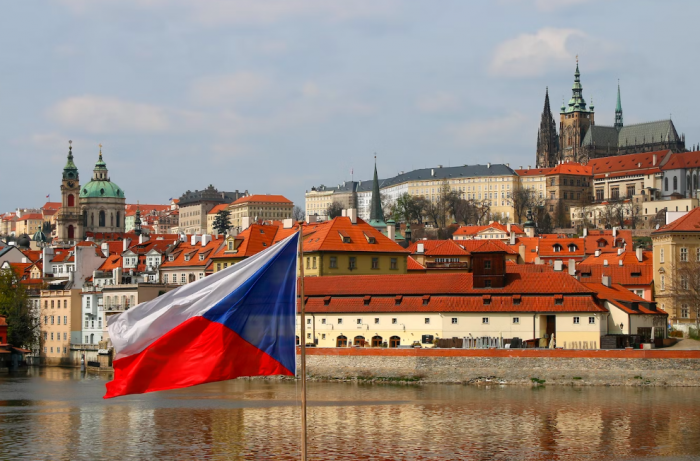 In the Czech Republic, hemp products like marijuana, hashish and cannabis oil have been available in pharmacies for years. Prague is now planning full legalization for 2023 and wants to coordinate the step with Berlin.

Tourists in Prague may get the impression that the Czech capital is also the cannabis capital of Europe. From stickers to posters, the iconic leaf of the intoxicating marijuana plant is all over the place. It also adorns the windows and facades of plenty of shops offering everything someone might need to grow the plant — from topsoil, seeds and fertilizer to lamps for growing the plant indoors.

But that first impression is slightly misleading. These products contain at most 1% of the psychoactive substance tetrahydrocannabinol (THC) and they won't get you high. THC is the bit that turns cannabis into an intoxicant. In addition to the dried flowers also known as "grass," "weed" or "marijuana," cannabis comes primarily as fermented and pressed flowers and oils, also known as "hashish."

And these are all still illegal in the Czech Republic if they contain more than 1% THC.

The possession of up to 10 grams (0.35 ounces) of marijuana, hashish or hemp oil or the growing of up to five cannabis plants is an offense with a fine of up to €500 ($495). Around 20,000 Czechs are fined each year. The possession of larger amounts is, however, a criminal offense punishable by up to five years in prison. Hundreds of people are currently in prison because of it.

At the same time, marijuana and other hemp products have been available in pharmacies since 2017 to people with a doctor's prescription showing a medical need to consume cannabis. All other consumers have to resort to the black market.

As hemp cultivation is also illegal in the country, pharmacies receive their goods from countries such as the Netherlands, and cannabis for the black market is illegally cultivated.

Although still against the law, the consumption of substances containing THC is widespread in the Czech Republic. Around 30% of the adult population has tried marijuana, and 8% to 9% use it regularly, according to the Addiction Report released in August 2022 by the National Monitoring Center on Drugs and Addiction (NMS). According to the data, around 800,000 people in the country of 11 million use cannabis.

"We are one of the countries with the highest rate of people who have had at least one THC experience in their lifetime," Pavla Chominova, head of the observatory, told Pravo daily. According to the European Monitoring Center for Drugs and Drug Addiction (EMCDDA), the Czech Republic ranks first among all EU countries with 23% THC users in the 15-34 age group. When it comes to hard drugs, on the other hand, the country is somewhere in the middle of the European rankings.

Drying up the black market

The Czech center-right governing coalition has now started drafting legislation to fully legalize products containing THC. In the future, they would be considered similar to alcohol or cigarettes. "Despite the previous decriminalization, we still have a black market, there is no official production and no quality control, just as there is no control of sales to young people under 18," Jindrich Voboril, the Czech drug commissioner, told DW.

The issue of cannabis was put on the agenda by the Czech Pirate Party (CPS), the smallest member of the governing coalition. "Legalization will make the Czech Republic a freer country.

It will bring billions into public budgets that have so far been wasted on the streets," the party said on Twitter. According to the party's estimates, taxing hemp products could annually bring in the Czech Republic around €800 million.

At the end of September 2022, the government in Prague commissioned Voboril to draft a law to legalize hemp. In March 2023, the drug commissioner is scheduled to present a first draft of the bill.

The only coalition party that is still skeptical about the plan is the Christian Democratic-Conservative People's Party (KDU-CSL). Voboril, himself a member of Prime Minister Petr Fiala's liberal-conservative Democratic Citizens' Party (ODS), is convinced though that "if the state legalizes drug use and gets it under its control, the risk of addiction will decrease." In his draft law, he proposes that government agencies take control of both production and sales.

The idea is that there will be licensed companies working under strict rules for the production and distribution of marijuana, the Czech drug commissioner explained. Dealers would have to apply for a state license. It is still unclear whether users will have to register.

"I will also try to ensure that as little cannabis as possible is consumed through conventional smoking because that is what is most damaging to the health," added Voboril. Alternatives to smoking — cannabis vapor is far more carcinogenic than tobacco — include ingestion via vaporizers and as an additive to foods or drinks.

According to Voboril, the Czech Republic is coordinating the drafting of the legalization law with Germany, where the federal government is also planning to legalize cannabis: "Our colleagues from Germany want hemp for the German market only to be grown and processed within Germany and that we do the same. I, on the other hand, think we should supply each other."