Back to basics: Marijuana in the workplace 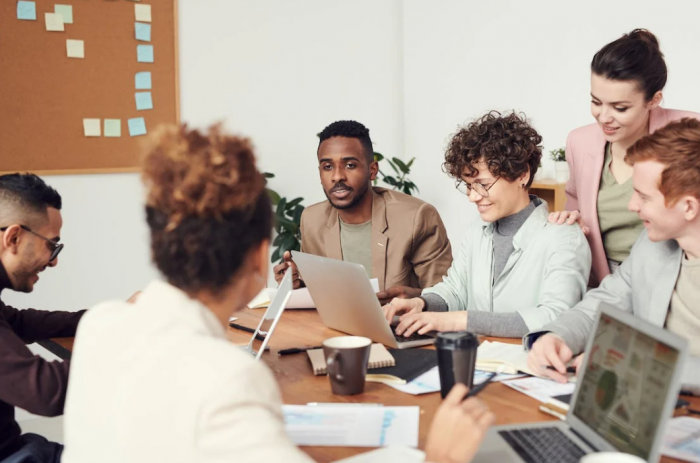 Back to Basics is a weekly feature that highlights important but possibly overlooked information that any EHS professional should know. This week, we examine the future of marijuana in the workplace and solutions for dealing with testing.

As marijuana is legalized in more places, the question of how to deal with it in the workplace gets more complicated, especially for EHS professionals.

Recently, Christina Clearwater, the president of the Drug-Free Solutions Group, LLC, spoke at the 2022 National Safety Council Congress and Expo about marijuana laws and how they will impact the workplace. She said that 79% of the U.S. population now lives in a state where marijuana is legal, and in the workplace, policies have shifted from a zero-tolerance perspective to one that prioritizes safety and fairness.

Clearwater pointed out that all the departments of a business are going to have different goals and priorities when it comes to dealing with marijuana, and they are currently having to overcome different obstacles. Human resources (HR) departments are facing a tight labor market and the struggle to find candidates, while environmental, health, and safety (EHS) managers are looking to mitigate risk and preserve safety records. Legal teams are trying to keep up with compliance and changing marijuana laws, and CEOs are concerned with productivity at work.

All of these priorities should be considered when developing a fair and safe marijuana program and policy. Organizations need to address competing interests, blend their priorities, and create a new vision that is unique to their needs. Leaders also need to recognize that marijuana use is not a personal, moral, or ethical issue, and that the decisions made surrounding it should be viewed as a business decision.

Right now, there is no unified baseline of information to model a program on, because marijuana laws are different across the country, according to Clearwater. Throughout the United States, marijuana is either illegal, legal with no restrictions, legal with restrictions, or it’s legal recreationally, depending on the state.

So far, 18 states have established that medical marijuana is legal and employers are not allowed to discriminate against an employee for having a medical marijuana card. In states where medical and recreational use are legal, however, it is still illegal for someone to be at work under the influence, says Clearwater. Employers may be able to avoid placing an employee who uses marijuana in a safety sensitive situation if they treat marijuana like a prescription drug.

Marijuana policies also depend on how many states a business operates in. If an organization has operations in a single state, policy should be established based on that particular state’s laws. If a company has multi-state operations, policy can be based on:

If the policy applies to a federal organization, especially in cases where Department of Transportation (DOT) rules apply, there should be a separate policy for compliance requirements. DOT-regulated employees must follow both regulated and non-regulated policies.

In her presentation, Clearwater outlined the different pros and cons of potentially limiting or ending testing. The pros include no marijuana positives on a safety record, and no marijuana or drug positives at all. There would no longer be indirect or direct testing costs, and no testing would mean an expedited hiring process. Employee retention would increase, and organizations would no longer have to worry about state laws surrounding marijuana and testing.

Two of the biggest cons are that marijuana is still illegal on a federal level, and it’s still a drug with negative ramifications for the user. Additionally, there could be a lack of acceptable safety, and increased errors in judgement, mistakes, and accidents. Healthcare costs may also get higher, and there could be more worker’s compensation claims and negligence suits.

According to Clearwater, there are five options to realign marijuana policy. The first is determining who and why to test, which has to do with certain job positions, then when to conduct testing and what types to use, then consequences, what to test for, and which testing technologies to use.

The most common instances where drug tests occur include pre-employment, reasonable suspicion, post-accident, random, and follow-up testing. Client required drug and alcohol testing and government required testing, especially in DOT or Federal Motor Carrier Safety Administration (FMCSA) situations, are also common, Clearwater said. Employers must decide the best time for testing to occur that is the most beneficial to their organization.

In terms of consequences for a violation, any policy violation can be the basis for discipline, up to and including termination. Using, selling, possessing, and being under the influence of illegal drugs at work are all examples of violations. Employers should structure a program to their advantage, though positive drug tests should be viewed as a problem for which help is needed.

If a test is positive, it could mean automatic termination or assessment through an employee assistance program (EAP), or by a substance abuse professional (SAP). Consequences could be based on timeframes, and decided with full discretion on a case-by-case basis. Also, employers should always document their reasoning for keeping or firing someone.

A standard drug panel will show what is present in a person’s system at a designated level or higher. The point of testing is to determine impairment, not just intoxication. If there is a positive test, it does not necessarily equal impairment, it just means the drug was in the employee’s system and they might potentially be impaired.

Cognitive and psychomotor impairment is characterized by diminished reaction time and affected attention span, coordination, and working memory. Another factor to consider is timeframe, as there is often a shorter time frame of feeling high versus a longer term of being impaired. Factors that contribute to impairment include:

There are several different options for testing technologies that employers can use in marijuana programs. Urine testing can take place at a lab, or it can take place as a point of contact test (POCT), which involves urinalysis on site collection and can be processed as a rapid test or sent to a lab. Hair testing is another option, which according to Clearwater, is not good for testing someone who might currently be under the influence. Hair testing is only beneficial when trying to determine if an employee is a frequent user.

Another option is lab-based oral fluid testing, which involves a spit test that can be done on sight, in a lab, or as a rapid test. There is also POCT oral fluid testing technology available. Oral fluid testing might be the best method for determining impairment as of now. A shorter window of detection for possible impairment will meet an employer’s dual priorities of not prying too far back into the private behavior or employees, and increasing hiring and improving retention.

For purposes of collection, Clearwater said that oral fluid testing is easier, less invasive, and accurate, since no one has figured out how to fake the results. Both rapid and lab-based options are available, and oral fluids can detect use within 15 minutes. These tests require no training to administer them, and they cost a flat price depending on the kit you use. Though oral fluid tests are not yet allowed by DOT, there are currently two FDA-approved kits on the market.