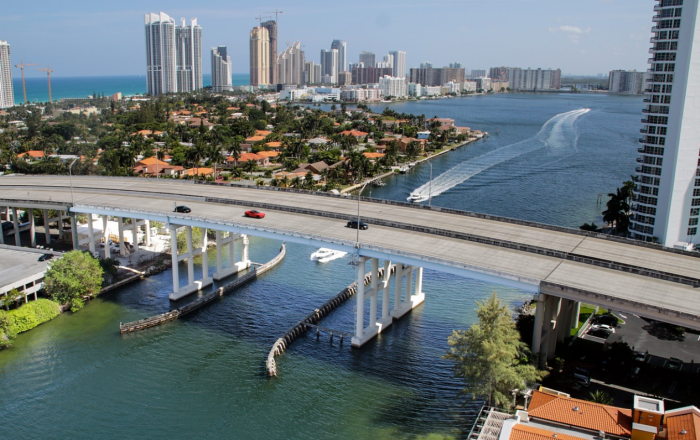 City commission slated to vote on Michael Comras’ appeal to open a medical marijuana outpost, as well as on guidelines on where dispensaries can set up shop.

The contention is expected to bubble up again this week. On Thursday, Miami commissioners are slated to vote on Comras’ appeal of the Miami Planning, Zoning and Appeals Board’s denial of a certificate of use he needs to open a dispensary. Plus, they are expected to take up proposed regulations that spell out where the facilities can open.

Cities in Florida can either outright ban medical marijuana dispensaries or allow them, as long as they are 500 feet from schools. Or, cities also can impose their own rules with distancing requirements that dictate how far the stores have to be from each other and from properties such as daycare centers and churches.

So far, Miami has not decided on any of these options. The ordinance on the agenda proposes to place dispensaries at least 1,000 feet from schools, religious institutions, day cares, parks and addiction treatment centers, according to city records. In addition, no two stores can be within 5,280 feet of each other. Exceptions would be allowed for dispensaries that are part of hospitals with at least 100 beds.

But expect changes to the proposal and lots of debate on Thursday.

Commissioner Ken Russell, a long-time proponent of the city becoming more friendly to dispensaries, said the draft language is too prohibitive. Based on the proposed spacing requirements, “there’s not a postage stamp left in the city where a dispensary can operate,” he said.

Russell said he will push for looser regulations, adding that he is OK with spacing out dispensaries, but only about 100 feet from each other, or maybe a block away.

In another potential regulation, dispensaries could be required to have opaque windows, Russell said. But this stigmatizes the stores, wrongly signifying that something nefarious is going on inside, when in reality dispensaries sell medicine, he said.

“It’s going to be tough to have an easy and open discussion on the dais to work through this,” Russell said.

Commission Chair Christine King and commissioner Alex Diaz de la Portilla have been more open to dispensaries. Commissioners Manolo Reyes and Joe Carollo have voiced opposition to use, although they haven’t been entirely against hammering out regulations.

Miami has so far taken applications for medical marijuana dispensaries on a case-by-case basis, a process that’s proven burdensome for applicants and litigious for the city.

City Attorney Victoria Méndez has long held that the use is illegal under federal law and shouldn’t be allowed, despite more than 70 percent of Florida voters approving medical pot in a 2016 referendum.

The de facto ban landed Miami in hot water when developer Marc Roberts and investor Romie Chaudhari sued the city last year over denying their certificate of use to open a dispensary downtown.

In its fight against the suit, the city moved the case from Miami-Dade Circuit Court, asking a federal judge to rule on the issue. Late last year, U.S. District Judge Michael Moore kicked back the case to the circuit court, essentially saying it’s a state issue because neither the city pointed out nor the court knows of a clause in the federal Controlled Substances Act that preempts the state law.

In May, Miami commissioners approved Roberts and Chaudhari’s application to open a dispensary at 90 Northeast 11th Street.

Other property owners who want dispensaries in their buildings have had to go through a three-step process: First, city administration denies their application. Then, they appeal to the planning, zoning and appeals board. If they are denied again, they can appeal to the commission.

Comras, who is on step three of this process, wants a certificate of use for a dispensary to open at his two-story retail building at 6901 Biscayne Boulevard. The zoning board denied his appeal in July.

The certificate of use would expand “the pool of viable tenants that could potentially fill” the property, Louis Terminello, the attorney representing Comras’ affiliate that owns the building, said in an emailed statement.

“Communities across the U.S. and throughout Florida have welcomed dispensaries,” Terminello said.

By dragging its feet on implementing dispensary regulations, the city’s real estate industry likely is missing out, brokers say.

“We have seen it as a boon for the real estate industry in other cities,” said Jaime Sturgis, who leads Fort Lauderdale-based Native Realty.

The lack of distancing requirements could have discouraged other property owners or licensed medical marijuana operators to seek to open in Miami, he added.

“Whenever you have ambiguity in any zoning code related to this or anything else, it creates pause,” Sturgis said. “People don’t want to operate on partial information.”