Why is weed so good at nausea relief? And does CBD help, too? 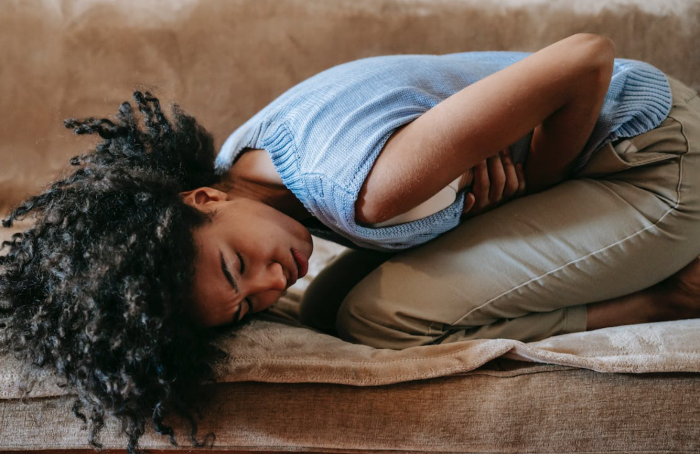 Before we discuss using cannabis for nausea, let’s define what we are talking about. First, what is nausea? Nausea and emesis (vomiting) are protective and defensive responses used by animals to avoid ingesting or digesting a potentially harmful substance.

Nausea is an aversive experience that comes before vomiting, but is distinct from throwing up. Vomiting leads to the “forceful expulsion of gastric and/or upper intestinal contents,” whereas nausea serves as a stimulus associated with vomiting that helps an animal learn and remember that a food should be avoided. Interestingly, nausea is a sensitive reflex that can be easily activated by a wide range of conditions such as migraines, diabetes, or motion sickness.

Now that we understand nausea, we can get to the real question: does weed help with nausea? Weed, or cannabis, is a highly effective treatment for nausea. In fact, cannabis is one of humanity’s oldest remedies for nausea. In clinical trials, cannabis-based medicines have been shown to be more effective than some modern anti-nausea treatments.

Does weed cause nausea?

In recent years, there have been numerous reports of severe nausea and vomiting associated with chronic cannabis consumption, and particularly the consumption of potent cannabis concentrates. This ailment is Cannabinoid Hyperemesis Syndrome or CHS.

However, in general, cannabis does not cause nausea. That said, edibles, tinctures, or any cannabis product that is orally ingested could potentially cause some stomach upset if you are sensitive to any of the ingredients.

Why does weed help with nausea?

We have determined that marijuana can help with nausea, but why does weed help with nausea? Researchers have found that the endocannabinoid system plays a key role in nausea and vomiting.

Vomiting is often triggered by the release of serotonin (5-HT) from cells in the lining of the gastrointestinal tract. Animal studies suggest that CB1 receptor agonists like THC reduce intestinal 5-HT release, thus decreasing nausea trigger. (Want to know more about the endocannabinoid system?)

The cannabinoids in weed help reduce vomiting by interacting with receptors in the brain that are involved in the control of vomiting. According to a literature review on this topic, “in humans and in animal models, plant-derived cannabinoids, synthetic cannabinoids and endocannabinoids inhibit emesis evoked peripherally or centrally with drugs or natural stimuli.” Where it has been examined, these anti-vomiting effects are mediated by the CB1 receptors in the dorsal vagal complex of the brain.

Additionally, evidence from animal studies suggests that cannabinoids “may be especially useful in treating the more difficult to control symptoms of nausea and anticipatory nausea in chemotherapy patients.”

However, the areas of the brain that elicit nausea are far less defined than those that are involved in vomiting. That said, we can answer the question, “does weed help with nausea?” definitively. Cannabis is a highly effective treatment for nausea.

Do edibles help with nausea?

Cannabis edibles are a popular way to consume weed. Edibles are a popular choice for people who want to treat nausea because they are easy to consume and offer long-lasting relief. When you eat an edible, the cannabinoids are absorbed slowly through your digestive system. It can take 30 minutes to an hour to feel the effects of an edible, however the effects can last anywhere from four to six hours on average and up to 24 hours for some people. Edibles contain cannabinoids that may relieve nausea, making them a great option for individuals seeking long-lasting relief from their nausea.

Does CBD weed help with nausea?

CBD weed can also help with nausea. CBD is a compound in cannabis that has many potential health benefits, including relieving pain and reducing inflammation. Some people find that CBD helps relieve their nausea more effectively than THC. This is because CBD does not have the psychoactive effects that THC does. This means that when you consume CBD you will not experience the “high” that is often associated with THC.

Is THC good for nausea?

Studies on animals have shown that:

Key takeaways on weed and nausea