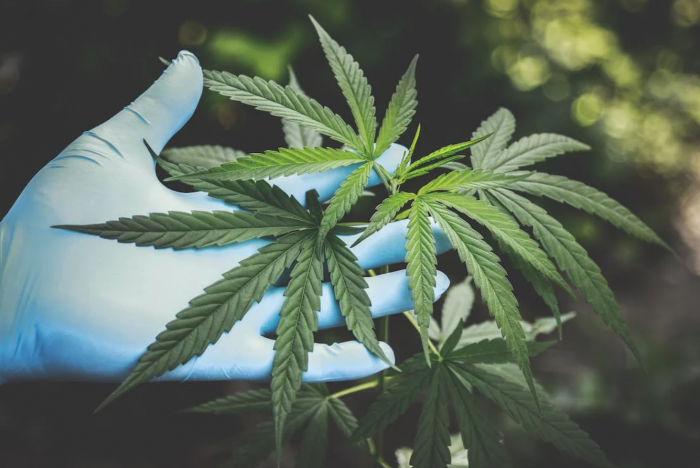 In a surprise move, this month President Joe Biden pardoned people convicted of marijuana possession at the federal level – and encouraged state governors to follow suit.

In the same statement, he asked the U.S. attorney general and secretary of health and human services to review marijuana’s classification as a Schedule 1 drug under the U.S. Controlled Substances Act – a change that could have huge ramifications for Florida’s booming cannabis industry.

Federal law currently classifies marijuana as a dangerous substance on the same level as heroin, with no medical benefit. For context, that’s a higher classification than drugs such as fentanyl and methamphetamine (both Schedule 2), which are responsible for thousands of U.S. overdose deaths each year.

Rescheduling marijuana as a Schedule 3 substance or descheduling it altogether could pave the way for cannabis growers and dispensaries to function as legitimate businesses. One of the biggest wins would be the ability to qualify for standard business tax deductions, said Nima Tahmassebi, partner at Perlman, Bajandas, Yevoli & Albright in Coral Gables.

Section 280E of the federal tax code eliminates trade or business deductions for businesses that traffic Schedule 1 or Schedule 2 drugs, including cannabis sellers. That applies even if ventures operate in states where cannabis is legal.

“That can cause the effective tax rates on cannabis businesses to be extremely high – 40% to 80%, rather than 21%,” Tahmassebi said.

Another main benefit would be the ability to qualify for bankruptcy protection. Right now, distressed cannabis operators are ineligible to file for bankruptcy because marijuana is illegal under federal law. That could change if it is descheduled and removed from the Controlled Substance Act.

There are also implications for banking. Federally insured banks and credit unions are currently barred from banking or lending to cannabis businesses, meaning most of them operate on a completely cash basis – an inconvenience for operators and consumers alike.

“A Schedule 3 classification would give the industry the ability to participate in broader financial services,” said Brady Cobb, CEO of Sunburn, a Fort Lauderdale-based cannabis dispensary brand. He was previously the founder and CEO of One Plant Florida/Bluma Health, which was acquired by Chicago-based Cresco Labs last year.

Griffin, founder and CEO of Citadel, gifted $250,000 to the Venture Miami Scholarship program, launched by the city and the Miami Foundation. The scholarship will provide tuition support to in-need Miami residents who have been accepted into a bachelor’s degree program in a STEM field or high-demand occupation, such as nursing. To qualify, the applicant must be a high school senior or a recent graduate.

Griffin made national news in June when he announced plans to move the headquarters of Citadel and Citadel Securities to Miami from Chicago.

In addition to his initial donation, Griffin issued a challenge grant for the scholarship. The grant will match the first $1 million raised by the Venture Miami Scholarship program.

The scholarships are also supported by a $300,000 gift from Yuga Labs, the Miami-based Web3 venture behind the popular NFT collection Bored Ape Yacht Club. It’s part of a $1 million pledge the company made to support Miami art and education initiatives.

The city made a $500,000 allocation to the program that is being matched by Miami Dade College, Florida International University and Florida Memorial University.

The goal is to ensure locals, particularly people from underserved backgrounds, can participate in the region’s emerging innovation economy. Although South Florida has been flooded with new tech startups and investors for the past two years, at least one report concluded opportunities are difficult to access for job seekers and founders who don’t have the right connections. That’s especially true for people from diverse backgrounds, who are more likely to say it is challenging to access job placement opportunities.