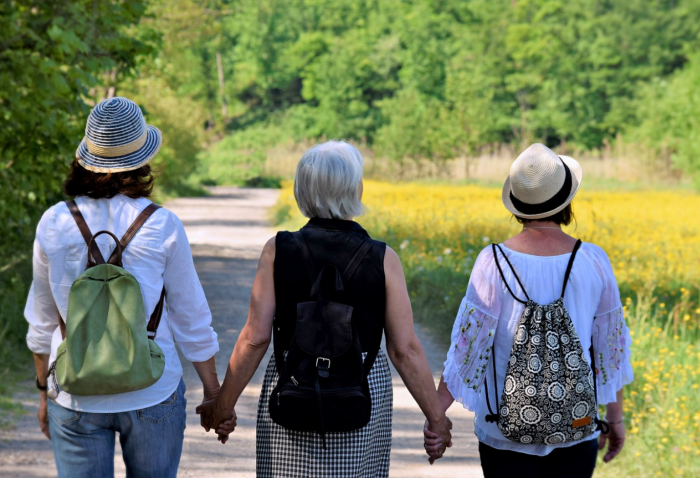 Around 1.3 million women experience menopause in the United States each year.

The most significant symptoms of menopause are hot flashes, sleep problems, low libido, and mood changes.

There are different treatments to manage menopause, including hormonal and non-hormonal therapies. Furthermore, lifestyle changes, such as eating well, exercising, and looking after mental well-being, can help with symptoms during menopause.

But as cannabis has become legally available due to its regulation in many US states for both medical and recreational purposes, some women are consuming it to successfully manage menopause, as a recent study has recently shown.

Researchers from McLean Hospital Imaging Center, Belmont, MA, and Department of Psychiatry, and Harvard Medical School, Boston, MA, conducted a survey study recently published in Menopause: The Journal of The North America Menopause Society to find out how the use of cannabis affects women with menopause-related symptoms.

Results suggest that numerous women currently use cannabis as an adjunctive treatment for menopause-related symptoms, especially to treat sleep disorders, mood and anxiety, and low libido.

According to the study, cannabinoid treatment can help manage menopause symptoms as the endocannabinoid system involves various physiological and psychological processes, such as regulating body temperature, mood, anxiety, and sleep.

In particular, the authors of this study think that cannabis compounds could interact with anandamide, a chemical compound produced by the ovaries whose production drops during menopause.

Anandamide is part of the endocannabinoid system, which regulates the human body's emotional, sleeping, and temperature functions and influences the female reproductive system.

Therefore, the interaction between cannabis compounds and anandamide, which levels are thought to be correlated with estrogen levels, could mitigate the trigger of the symptoms during the menopause transition.

The authors of the survey study recruited perimenopausal and postmenopausal participants on social media platforms between March 2020 and April 2021.

Perimenopause is when the body makes the natural transition to menopause. Instead, postmenopause refers to when an individual hasn't experienced a period for over a year.

Most participants were primarily White, non-Hispanic, middle-aged women who reported an annual income reflecting middle-class status or above, completed an undergraduate degree or higher, were married or in a relationship, and were employed at least part-time.

The most used methods to consume cannabis among this study's participants were smoking, edibles, and vaping oil. Of those who reported at least one-lifetime use of cannabis, 78.7% reported using it to treat menopause symptoms, in particular sleep disorder (67.4%), anxiety (46.1%), and low libido (30.4%).

Although these findings show that cannabis may help alleviate menopause-related symptoms, the study has several limitations to consider.

As most participants are White, the result from this study may not be generalized as evidence suggests that race and ethnicity significantly impact menopause symptom presentation.

Also, the authors suggest that "the findings from this survey study rely exclusively on self-report and may have been impacted by self-report bias and inaccurate recall."

At last, this survey study doesn't discuss profiles and dosage of cannabis, which can significantly impact the efficacy of treating menopause and the safety of the individuals.