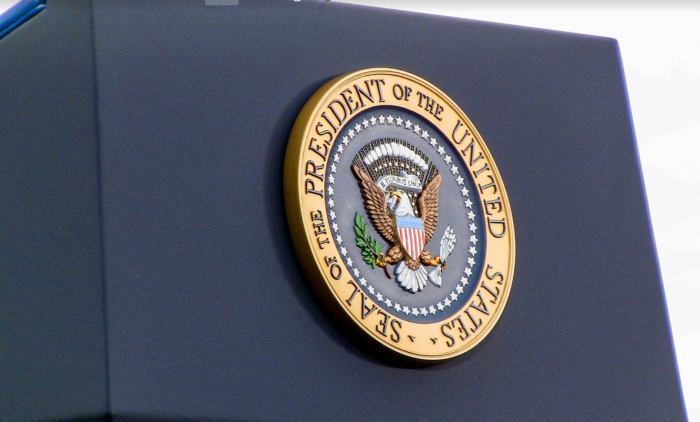 Lawmakers see the lame-duck session as their best chance yet to pass the SAFE Banking Act, a bipartisan measure that would enable cannabis businesses to more easily access banking services and loans.

The bill — which would be a boon for cash-only dispensaries that are plagued by robberies and exorbitant banking fees — has already passed the House six times in recent years. But it’s stalled in the Senate amid concerns from top Democrats who said it doesn’t do enough to support communities disproportionately harmed by the nation’s drug laws.

Public pressure is building on Congress to take on marijuana reform, and lawmakers are showing signs of optimism about the prospects of a bipartisan marijuana banking bill that addresses those systemic issues making its way to the president’s desk this year.

Rep. Ed Perlmutter (D-Colo.), who first introduced the bill in 2019, told The Hill on Tuesday that there’s “a lot of activity” around the legislation, which he said some senators have referred to as “SAFE Banking Plus” amid ongoing negotiations.

“I think this thing’s going to get passed this cycle, so I’ve got my fingers crossed,” he said, while also adding he thinks Biden’s recent order “has spurred further conversation” and is “a positive step forward for moving [SAFE] forward as well.”

Sen. Cory Booker (D-N.J.) told NJ.com earlier this week that there’s a “good chance” Congress will be able to reach a bipartisan compromise on some marijuana reform and banking legislation.

Booker acknowledged that while it likely won’t be the comprehensive decriminalization bill he helped craft with leadership earlier this year, he thinks there could be a deal on “an effort to tie in restorative justice and some fair banking provisions.”

Sen. Steve Daines (R-Mont.), one of the banking bill’s lead co-sponsors, is also hopeful of the bill’s chances as negotiations continue.

“Senator Daines is confident that there is broad support for the SAFE Banking Act and believes the Senate can get it done by the end of the year,” Daines’s office told The Hill.

However, negotiators face a tough task ahead to win support of Democratic holdouts while also ensuring the bill has adequate backing from Republicans who have pushed back on racial equity reforms.

Proponents are also under a tight timeline to craft a bill and round up votes as lawmakers stare down a jam-packed schedule upon their return to Washington after midterm elections.

The Senate isn’t scheduled to resume votes until Nov. 14, and with work still outstanding on a must-pass defense bill, same-sex marriage legislation and a looming deadline in December to fund the government, lawmakers have little time to waste before January.

Morgan Fox, political director for the National Organization for the Reform of Marijuana Laws, said the national reaction to Biden’s recent order signals an appetite for further progress.

“The public response to these pardons was overwhelmingly positive across the board, even though they didn’t actually do that much,” he said.

“I think that seeing that there was not a tremendous amount of backlash on either side of the aisle or across the political spectrum to Biden’s move has the potential to positively influence these negotiations.”

Biden said earlier this month that his administration would review marijuana’s Schedule I classification, which puts it on the same level as drugs like heroin and methamphetamine and makes it risky for banks to work with cannabis businesses.

But the process could take years, and there’s no guarantee that the Biden administration will de-schedule marijuana entirely rather than give it a lower classification, which wouldn’t help the cannabis industry.

“In the meantime, we still have employees across the country fretting over whether they will lose their bank accounts because banks find out that they work for a cannabis company, or employers who are unable to afford the very steep cost to do even minimal banking, meaning just opening an account,” said Khadijah Tribble, CEO of the U.S. Cannabis Council.

The industry is warning that small dispensaries are closing their doors every day because banks charge far higher rates to cannabis businesses over fears of legal issues. It’s also wary of the upcoming midterms, which could usher in a GOP House that is less likely to push for marijuana reforms.

“If SAFE doesn’t pass and Democrats do not maintain the House, it could be another two or three years before we see any meaningful progress on this issue, which means we will see thousands of businesses go out of business over the next few years,” said Kaliko Castille, president of the Minority Cannabis Business Association.

Industry groups support adding restorative justice measures to the SAFE Banking Act — such as proposals to spur state-level weed pardons or boost lending from minority-owned banks — but only if they win enough GOP support for the bill to pass.

Marijuana justice groups, meanwhile, say that Congress should not pass SAFE if it does not include clear language aimed at achieving racial equity.

“You have to be intentional about it,” said Maritza Perez, who leads federal affairs at the Drug Policy Alliance. “The bill does nothing for equity. It includes no language for equity. It would not level the playing field in any way. If anything, it would make a white-only male industry even whiter, maler and richer.”

Senate Majority Leader Charles Schumer (D-N.Y.) pulled the banking bill from last year’s National Defense Authorization Act over similar concerns. Supporters of SAFE are aiming to get it included in this year’s defense bill, which lawmakers aim to pass after the election.

Over the years, data has shown glaring racial disparities in which Americans get arrested for marijuana offenses.

A 2020 report from the American Civil Liberties Union found Black Americans were more than three times as likely to be arrested for marijuana offenses than their white counterparts in the U.S.

Perez said her organization has been making progress on changes and is hoping to “see an amended bill move at some point.”