Biden pardons thousands: is it enough? 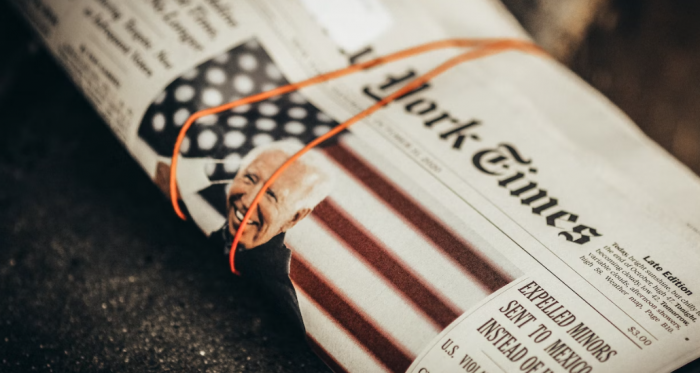 Biden also asked for the Secretary of Health and Human Services, Xavier Baccara, and Attorney General Merrick Garland to review the federal status of marijuana, according to Politico. Marijuana is currently classified as a Schedule I Drug under the Controlled Substances Act, meaning that it has no acceptable medical purposes and is highly addictive.

This categorizes marijuana with drugs such as heroin, LSD and ecstasy, and it prohibits all marijuana use according to the Drug Enforcement Administration. Lowering marijuana’s classification to a Schedule II Drug would put it in the same category as most opioids, and it would allow marijuana to be prescribed by doctors, according to Reuters.

Criticisms of the efforts have come from both sides of the aisle. Some Democrats and progressives see the efforts as a step forward, but not eliminating major problems, considering the pardons impact relatively few people. According to Reuters, there are not many federal convictions for simple marijuana possession, and the administration says the pardons will affect 6,500 people. As a result, many activists say that this does not address the heart of the problem.

Although this will not result in people leaving prison, it will clear the records of those affected, allowing them to gain employment opportunities, apply to colleges and obtain other opportunities to help them move forward with their lives. Biden also acknowledged that many people are convicted under state or local laws, according to Reuters. He encouraged governors to pardon people convicted of simple marijuana possession under state laws.

Some critics have felt that the new policy was just a distraction before the contentious midterm election cycle. According to the New York Times, Senator Tom Cotton of Arkansas said, “In the midst of a crime wave and on the brink of a recession, Joe Biden is giving blanket pardons to drug offenders. This is a desperate attempt to distract from failed leadership.”

President Biden released a statement saying, “As I often said during my campaign for President, no one should be in jail just for using or possessing marijuana.  Sending people to prison for possessing marijuana has upended too many lives and incarcerated people for conduct that many states no longer prohibit. Criminal records for marijuana possession have also imposed needless barriers to employment, housing, and educational opportunities.  And while white and Black and brown people use marijuana at similar rates, Black and brown people have been arrested, prosecuted, and convicted at disproportionate rates.” Although Biden supports steps towards decriminalization, he has made it clear that he supports regulations on trafficking, marketing and sales to minors, according to the White House.

The policy does not change much on campus, but the policy does announce a greater platform for conversation on the topic. Hope Democrats said in a statement, “The Biden administration’s announcement is a welcome and long-awaited step in the right direction towards progressing the national dialogue surrounding marijuana legalization and criminal justice reform, and solving problems to keep our communities safe.”