What happens if Marijuana is no longer classified as Schedule 1 Drug? 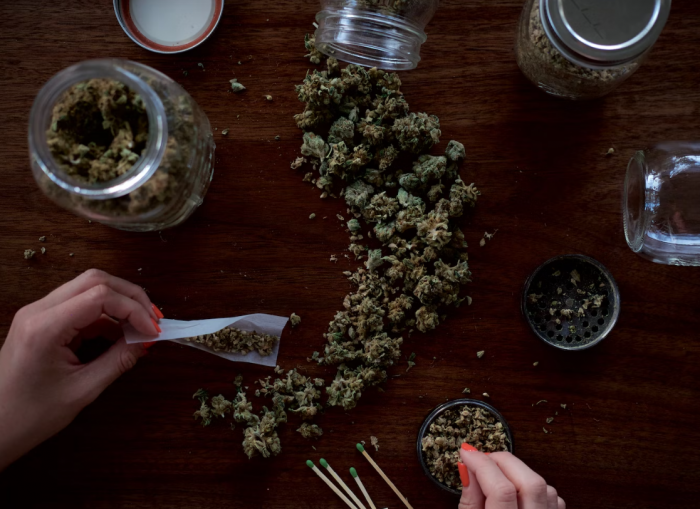 In that same statement, he called on the Secretary of Health and Human Services and the Attorney General to begin reviewing how marijuana is scheduled under federal law.

Currently, cannabis/marijuana is classified as a Schedule I drug, meaning it defined as having “no currently accepted medical use and a high potential for abuse.” This is the same designation given to LSD, heroin and ecstasy.

It’s also a designation that many marijuana researchers disagree with.

“The current classification of cannabis as a Schedule I drug doesn’t make sense. … It does have medicinal properties and a pretty low potential of abuse,” said Carrie Cuttler, PhD, an assistant professor of psychology at Washington State University and a researcher involved with the university’s Center for Cannabis Policy, Research, and Outreach.

Hemp is also technically cannabis but if it contains less than 0.3% THC it is not classified as a Schedule I drug due to the 2018 Farm Bill which legalized the production and sale of low-THC hemp plants and compounds.

Cuttler and other researchers say that the Schedule I classification of cannabis/marijuana limits research that can be done on its effects, including the effects of high-potency products available to adult consumers in many states.

“To do research that involves administration of cannabis to a human participant, you have to have three levels of [federal] approval,” said R. Lorraine Collins, PhD, a professor and associate dean for research in the University at Buffalo’s School of Public Health and Health Professions.

These approvals come from the Food and Drug Administration (FDA), the Drug Enforcement Agency (DEA) and the National Institute on Drug Abuse (NIDA). In addition, researchers need to obtain approvals from their own institution and state government.

This process can add months to the front end of a research study.

“To have a study take a year-and-a-half to get off the ground is a major problem, because our studies take a year to three years to complete,” said Cuttler. “So [these approvals are] substantially delaying the whole process.”

In addition, the Schedule I classification — the DEA’s most strict level — means researchers must keep cannabis/marijuana products in a securely locked cabinet. Research laboratories working with these products are also subject to inspection visits from the DEA.

In contrast, alcohol, which is not a scheduled substance, doesn’t require this same level of security, in spite of it having harmful effects for many people.

“For my research [with alcohol], I can go to a retail outlet, buy whatever alcohol I need for my study, and keep it in a refrigerator in the lab,” said Collins.

She said one type of research that has been hindered by the Schedule I status of cannabis/marijuana is studies looking at the effect of cannabis use on driving performance, including alongside alcohol.

“Without those three levels of federal approval, a researcher cannot administer cannabis — with or without alcohol — to someone and have them drive a route on a driving simulator,” said Collins.

As a result, questions about the impact of cannabis/marijuana on driving are more difficult to answer.

Since 1968, the main supplier of cannabis/marijuana to US researchers has been the University of Mississippi, through a contract with NIDA.

However, this supply is not representative of the products available in the 19 states that currently allow adult non-medical use of cannabis/marijuana.

“One of the issues with the cannabis provided by the NIDA supplier is that the potency is not very high,” said Collins. “In contrast, in states that have retail cannabis, you can get concentrates that have very high THC content.”

For example, researchers may be limited to doing a study using cannabis with a 13% THC content, while consumers may be buying cannabis/marijuana products with a 50% or higher THC content.

For impaired driving research, “that means that the cannabis that researchers are studying is not comparable to what people are actually using when they drive.”

Recognizing this limitation, in 2021 DEA opened the door for several American companies to produce cannabis for medical and scientific research.

This removed one of the roadblocks to researchers studying cannabis’ health effects and possible therapeutic uses — for mental health, chronic pain, multiple sclerosis, among many others.

But Cuttler said some of these companies charge thousands of dollars for a cannabis/marijuana product that is available at a retail dispensary for about $150, which researchers may not be able to afford with their limited funding.

Researchers have figured out some legal ways around these limitations, which allow them to study the effects of these products being used by the public in adult-use states.

For one of her studies, Cuttler asks adult participants to purchase a cannabis product themselves at a legal cannabis dispensary. Participants then use the product at home while on a Zoom call with research staff.

The staff give participants a series of cognitive tests, which test the effects of high-potency cannabis products on thinking and other mental processes.

“But the problem with these workarounds is we can’t have a placebo control group [which is given an inactive compound],” said Cuttler. “And that really undermines the scientific value of the research.”

Descheduling cannabis/marijuana could speed up research

The Biden administration has not indicated whether it plans on removing cannabis/marijuana from the drug schedule entirely or shifting it to a less-strict tier.

Some researchers think it should be descheduled.

“If nicotine and alcohol are not scheduled, then cannabis has no business being scheduled,” said Cuttler, “because those substances are more harmful than cannabis.”

In addition, “if anyone 21 years and older can walk into a dispensary [in 19 states] and purchase and use these products,” she said, “then we, as scientists, should be able to access and study these products, so that we know their health effects on people.”

Ryan McLaughlin, PhD, an associate professor of integrative physiology and neuroscience at Washington State University, said descheduling cannabis would give researchers like him a chance to study a wider range of commercially available cannabis/marijuana products.

“Even though I work with rats and mice, right now I can’t go down to the local cannabis shop and purchase cannabis concentrates that are in the store,” said McLaughlin, who is also involved with WSU’s Center for Cannabis Policy, Research and Outreach.

Having access to cannabis/marijuana products that people are actually using would allow researchers like him to study the effects of different cannabis products on the brain.

This could help answer questions about whether certain strains are useful for treating nausea, pain, anxiety or other conditions, as well as the long-term impacts of cannabis/marijuana use.

Cuttler said descheduling cannabis/marijuana could also potentially speed up the pace of research.

Rosalie Liccardo Pacula, PhD, a senior fellow at the USC Leonard D. Schaeffer Center for Health Policy and Economics, said Biden’s announcement is consistent with US support for the United Nations’ Commission for Narcotic Drugs voting in 2020 to relax the scheduling of cannabis/marijuana.

As a result of that vote, cannabis and cannabis-related substances will remain on the UN’s least-controlled schedule, but it will no longer be classified alongside drugs such as heroin and fentanyl.

In terms of what happens with the US schedule, “I’m really curious to see if they treat cannabis as a homogenous product — as if every version of the plant is the same — or if they treat it more like opioids, a category of products,” said Pacula.

In states with adult-use non-medical cannabis, some cannabis/marijuana products, such as edibles and liquid concentrates, have much higher potency than the cannabis plant.

Because of their higher potency, these products have a higher risk of side effects such as vomiting. Pacula said the potential for dependence is also greater with highly concentrated cannabis products.

She thinks these distinct risks need to be taken into account.

“My concern is the federal government will just decide to deschedule cannabis entirely, including high-THC products,” said Pacula.

“But there’s a middle ground that can be very rational, protect health, and be good for medical exploration and individual choice,” she said.

She said one option is to “significantly” lower the cannabis plant in the schedule or deschedule it entirely. At the same time, certain higher-potency cannabis/marijuana extracts would remain on the schedule, but at a lower level than Schedule I.

This would allow industry to sell cannabis products that are descheduled, but higher-potency products that remain on the schedule would only be available through a doctor’s prescription.

“So it would not be impossible for consumers to access those scheduled products,” said Pacula, “but their use would need to be medically supervised.”

Marijuana and cannabis has consistently been found to be one of the least risky recreational drugs. A 2015 study found that cannabis was far less risky than alcohol.