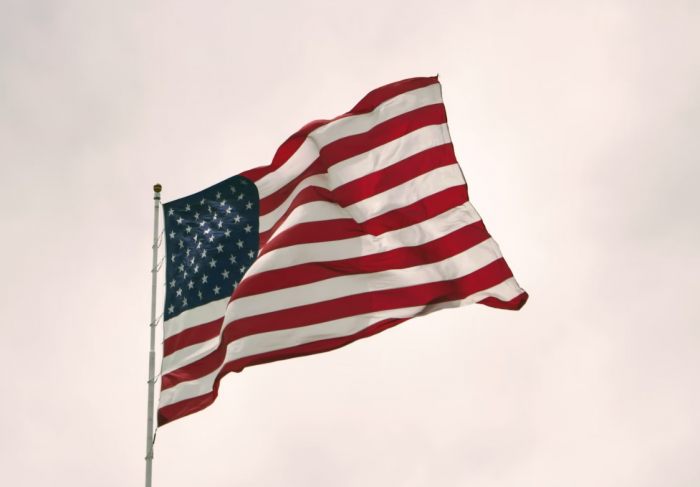 A close friend and political consultant’s felony indictment is among the controversies plaguing the incumbent Republican.

The Agriculture Commissioner has a broad range of responsibilities, including issues related to farming and ranching, rural health care and even public school cafeterias.

But in 2019, the commissioner took on an additional job: overseeing the licensing for the new industry of hemp.

Two-term Agriculture Commissioner Sid Miller starred in a video his department made explaining the good, the bad and the ugly about growing hemp. He also issued a warning.

“Be on the lookout for fraud. As usual with any new emerging industries, there’s a risk of fraud. And unfortunately there’s always someone out there looking to take advantage of you,” he said.

But what Miller didn’t say was that “someone” might be Miller’s own close friend and political consultant Todd Smith.

In January 2022, Smith was indicted on felony charges of theft and commercial bribery related to taking money in exchange for state hemp licenses that are issued by Miller’s Department of Agriculture.

According to the Travis County district attorney, Smith and others were accused of soliciting up to $150,000 for an “exclusive” state hemp license. Under the law, the license is supposed to cost just $100.

Smith is now awaiting trial. And Miller is seeking re-election. When he’s asked about his long time ally’s indictment, Miller dismissed it as politics.

“Well, that’s a total political hit job. They do it all the time. They’ve done it to me twice,” Miller said in an interview with TPR.

Miller is referring to least two Texas Ranger investigations of him, as well as complaints to the Texas Ethics Commission, including improperly using political funds for personal travel when Miller attended a Mississippi rodeo in 2015 and another when he traveled to Oklahoma for a controversial medical procedure called a “Jesus Shot.”

Also in 2015, Miller hired Smith’s wife at the Agriculture Department for reportedly $150,000 a year.

“Nothing’s going to happen to Todd. He didn’t try to sell any hemp licenses. It’s a total set up, total hit job. The Democrats, they use whatever means they can,” Miller said.

But it was Republicans who brought up Miller’s ethical and legal troubles during the party’s primary. Here’s what primary challenger state Rep. James White said speaking to WFAA-TV about Miller.

“We need a current commissioner that’s going to protect and promote this industry and we definitely don’t need one that has a culture of incompetence — and corruption — and ethical compromises as well,” White said.

Boosted by an endorsement from former President Donald Trump, Miller won the GOP nomination with 59% of the vote. But those same questions are following Miller into the general election, where he’s facing rancher and civil rights attorney Susan Hays, who worked to pass the industrial hemp law.

“That issue with the hemp licenses was the initial reason I wanted to run because I was working on that rollout. I watched it in real time and had people approach me saying, ‘You know, there’s this guy out there telling me I need to pay him to get one of these licenses. Is that true?’ And I’m like, ‘No.’ ” Hays explained.

“We purposely wrote the bill to make it simple and easy for farmers. And still Miller and his operation were out there grifting,” she said.

Hays also pointed out another questionable hire Miller made at the Department of Agriculture: Carter Page.

“Carter’s one of the most intelligent people I’ve ever met. Of course, people may know him from the, the Trump campaign,” Miller said.

In 2016, Page was on then-candidate Trump’s foreign policy advisory team because of his web of close ties to the Kremlin — so close that the FBI obtained an FISA warrant to monitor his communications with Russia. That led Trump to make false claims about the FBI and then-incumbent President Barack Obama.

“The Obama campaign spied on our campaign, and they’ve been caught. Now let’s see what happens,” Trump said at a White House interaction with the press.

An investigation found that Trump was never the subject of the surveillance. And the Muller Report did not establish that Page coordinated Russia’s efforts to interfere in the 2016 presidential election.

But it did show that Page attended high-level meetings with Russians, even though he denied doing so. Page was not charged with any crimes. However last month a federal judge dismissed a lawsuit that Page brought against the FBI and Justice Department for damages stemming from the surveillance.

“They went after him. He basically represented himself and exposed the whole Russian collusion hoax. He’s, he’s the one that, that exposed that. So, you got to be pretty smart to take on the Democratic establishment and, and expose them at their own game,” he said.

Through a Texas Open Records request, TPR learned that Page is being paid $75,000 a year. Documents related to his hiring show no experience in agriculture. His background is in oil, which is not the purview of the state’s agriculture department.

So why did Miller hire Page to work at the Texas Department of Agriculture to be his special assistant? In the TPR interview, Miller explained: “We’re glad to have him on board. I’m honored that he is my personal legal assistant, and he brings a lot to the table.”

Miller said Page comes into the Austin office every day, and he is now a Texas resident. A check of the voter rolls shows Page is now registered to vote in Texas, just in time for November general election.