Treating Cannabis Businesses with the respect they deserve 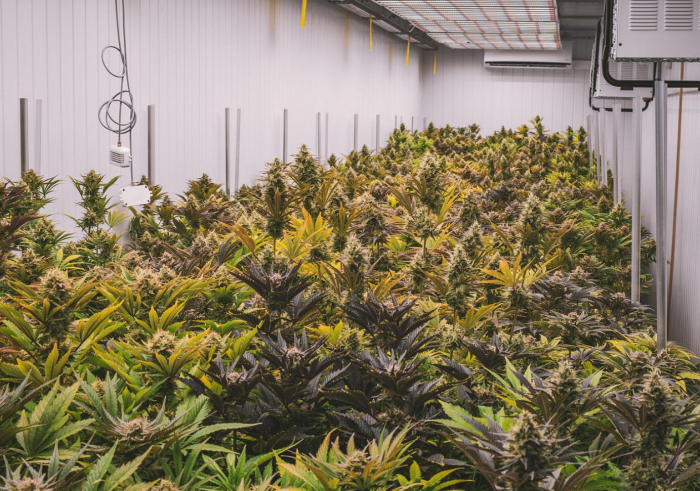 Cannabis sales in the United States could top $72 billion by 2030, according to New Frontier Data analysis of the cannabis economy, thanks to strong consumer demand, high likelihood of additional state market activations, and increasing normalization of cannabis consumption.

That bullish projection can only play out if the cannabis industry gets the support it needs from banks and insurance companies – something that is still lacking due to the federal illegality of the product. Cannabis is still a Schedule I substance under the Controlled Substances Act, alongside drugs like heroin, LSD, and ecstasy. The federal government’s robust and unwavering stance on legalizing cannabis has spooked most of the mainstream players in the property and casualty (P&C) market.

As always in tricky markets, other insurance providers have stepped up to the plate. According to Stephanie Bozzuto, co-founder of Cannabis Connect Insurance Services, an Acrisure partner,  – a “one stop” brokerage connecting cannabis business owners to custom built programs – the market today is dominated by MGAs, MGUs, program administrators, and captive insurance companies, all of whom are “finding creative ways to write these tricky exposures”.

“There are only a few admitted carriers that are writing cannabis insurance at this time,” said Bozzuto. “A lot of them are waiting for federal legalization, and once we see that, I think we’ll start seeing the top A++ admitted carriers getting involved. Unfortunately, I don’t see that happening within the next two years – there are just so many political variables that we just don’t know at this point. But I do think that many insurers are interested, and I’m very excited for when that day comes.”

“The cannabis industry was something we’ve always been passionate about as a family for medicinal purposes, and we saw how the industry and the product had a bad reputation. This was an industry we wanted to advocate for,” Bozzuto told Insurance Business. “When cannabis was legal for medicinal purposes only, I was able to talk to a few dispensaries and look at their insurance policies, and I quickly realized they were being treated very lowbrow. Some policies had total cannabis exclusions, so they were basically buying a piece of paper that covered nothing.

“It was a very underserved industry, and knowing where things were headed with recreational legalization, we wanted to treat these businesses with the respect and attention they deserved. We wanted to be an ethical and responsible insurance provider for this emerging industry, like we had been for the last 40 years at Bozzuto & Associates Insurance Services.”

With such a simple but meaningful value proposition, Cannabis Connect Insurance Services has gone from strength to strength since 2016, with much of its new business success down to “word of mouth” from clients who were happy to receive the same levels of customer service offered to other ‘non-cannabis’ businesses.

Interestingly, their risk profiles are also “very similar to mainstream business exposures,” according to Bozzuto, with some of the key issues being theft, fire, and driving exposures. The main difference is that they’re dealing with a Schedule I substance under the Controlled Substances Act.

“We see a lot of commercial auto claims because many of these entities have driving exposures, including cannabis delivery, cannabis distribution, even cannabis testing - because testing labs often drive a far distance to retrieve samples,” said Bozzuto. “We’ve also seen a lot of property theft claims that have happened in high-end facilities and locations throughout the US - although clients typically like to keep these claims ‘hush hush’. Those theft claims are impacting clients across the board, whether they’re in retail, cultivation, or distribution – but it’s more frequent in retail.

“As for cultivators, we’ve seen small fire claims from light bulbs becoming loose and falling into growing trays. Also, if smoke gets into the HVAC system and causes pollution in the bloom rooms, that can cause huge losses.”

For any retail agent or broker looking to get into this space, Bozzuto said they should learn everything they can about the industry. “Get involved,” she said. “Join the National Cannabis Industry Association, or a similar state association, and educate yourself, meet the experts, and really become an advocate for your clients. Through the associations, we’ve been involved in pushing to provide better regulations for our clients, we’re at the table with them, fighting for them, and we’re out there in the insurance market trying to get better coverage and fairer pricing for them. We’ve always wanted to be on their team, and I think it shows.

“The cannabis industry is here to stay. It’s already a huge industry … and it’s growing.”