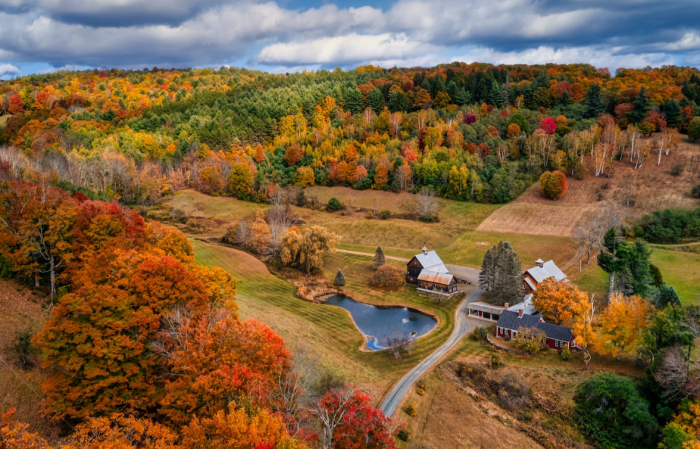 Recreational marijuana sales officially launched in Vermont over the weekend, with stores in three communities opening their doors to customers on Saturday.

The three retailers to open this weekend were FLORA Cannabis in Middlebury, Mountain Girl Cannabis in Rutland and CeresMED in Burlington, according to the Associated Press, which noted that a “fourth business has been licensed to sell recreational pot but isn’t ready to do so yet.”

The Burlington Free Press reported on the grand opening at Ceres in Burlington, where the newspaper said that “a line of a couple hundred people stretching from the storefront around the corner and down an alley” had gathered for the occasion.

You would be forgiven if you assumed that recreational pot sales were already underway in the Green Mountain State, which legalized personal possession and cultivation of marijuana for adults back in 2018. The state legalized medical cannabis in 2004; according to the Free Press, Ceres “has been in business for about a decade catering to medical-marijuana customers, and that established infrastructure helped the company get going smoothly.”

But the 2018 law, which was signed by Republican Gov. Phil Scott, did not establish a regulatory framework for an adult-use cannabis market, making Vermont an outlier in the legalization movement.

That changed two years later in 2020, when lawmakers in the state approved a bill that set up a regulated marijuana industry.

“Ten of the eleven states that have legalized adult-use marijuana possession have also wisely regulated the retail cannabis market; until today, Vermont had been the sole exception,” NORML State Policies Coordinator Carly Wolf said at the time.

In signing the bill back in 2020, Scott said that the bill had been “a top priority for the majority in the Legislature for four years, but their work is not complete.”

“They must ensure equity in this new policy and prevent their priority from becoming a public health problem for current and future generations,” Scott said in his signing statement. “For these reasons, I am allowing this bill to become law without my signature.”

According to the Associated Press, the state’s Cannabis Control Board “prioritized review and waived licensing fees for social equity applicants,” such as “[applicants who are] Black or Hispanic, or from communities that historically have been disproportionately affected by cannabis being outlawed or who have been or had a family member who has been incarcerated for a cannabis-related offense.”

Other states that have established a regulated marijuana market have enacted similar social equity measures. In New York, where legal sales could launch by the end of this year, the first round of recreational dispensary licenses will go to individuals who have previously been convicted of a pot-related offense.

The Associated Press reports that “more than 30 social equity applicants, mostly growers, have been approved.”

When he signed the bill that established Vermont’s new cannabis market, Scott noted that it “requires cities and towns to authorize these businesses before retail establishments may open,” and “ensures local zoning applies to cannabis cultivation and production.”

He also said that the law “dedicates 30% of the excise tax, up to $10 million per year, to education and prevention efforts,” and that “the sales and use tax on cannabis would fund a grant program to expand afterschool and summer learning programs.”

Scott said at the time that the state’s ensuing budget “includes language I proposed to move toward a universal afterschool network, which is based on a successful model from Iceland and is focused on preventing drug use and improving academic and social outcomes.”