Houston, We Have a Cannabis Problem! 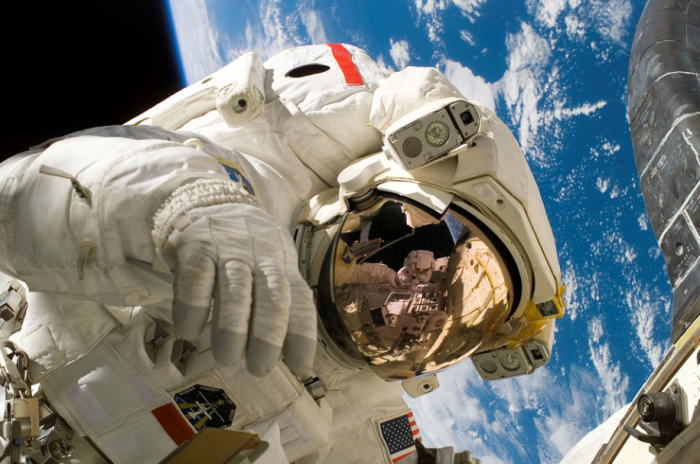 It’s time to respond to our next major drug epidemic.

For years, the opioid crisis has been the leading concern when it comes to substance use. There’s certainly good reason for this emphasis, but as a result, the harms associated with other drugs have successfully been able to avoid the spotlight.

In my view, cannabis use is now the biggest contributor to mental health and substance use problems that, up until quite recently, nobody was talking about. While it may not be the most toxic substance on earth, it is arguably the one where the largest chasm exists between its actual dangers (which are substantial) and its perceived dangers (which to a lot of people are zero).

Similar to the science of global warming, research demonstrating the risks of cannabis has been steadily growing over the years to the point of being overwhelming.

Perhaps the scariest risks have to do with psychosis and psychotic disorders, particularly with the ultra-potent products now dominating the market, but there is also plenty of evidence for other things such as suicide, anxiety, PTSD, harms to a developing fetus, and progression to so-called “harder” drugs such as opiates and methamphetamines.

In contrast to the stereotype of cannabis users as silly and docile, research shows links between its use and violence with cannabis being a significant part of the lives of a disturbing percentage of mass shooting perpetrators.

Advocates and defenders of cannabis are quick to become amateur statisticians and protest that “correlation does not mean causation,” ignoring the fact that research comes from all types of studies including longitudinal studies that follow individuals over time, experimental and randomized trials, animal studies, and many other designs.

Sure you can cherry-pick a few studies that argue the opposite, just like the climate deniers, but such positions are looking weaker as the body of research swells.

As a child psychiatrist, this research is well reflected in what I and many of my colleagues have been seeing for years in outpatient clinics, emergency rooms, and inpatient psychiatric floors.

All too often I see adolescents whose “just weed” consumption quickly turns into nosediving grades, endless cycles of being high or feeling panicked, and suspiciousness that grows to paranoia that then leads to frank psychosis, and frequent angry or violent outbursts.

The harm to youth coming from cannabis also often comes indirectly from the parents.

In addition to the increasingly documented harms associated with prenatal exposure, cannabis has been identified in some reports as the most common parental substance used in cases of child neglect fatalities, surpassing alcohol which is more prevalent and opiates, which gets much of the press when it comes to substances and the child welfare system.

One might well expect that all this new knowledge is giving more people pause before lighting up, but use is actually increasing due in large part to the political energy to legalize cannabis.

With this new political agenda has come intense lobbying activity intent on ignoring and, when that doesn’t work, dismissing the accumulating scientific data. Those willing to speak out about cannabis concerns are quickly shouted down as “prohibitionists” or pawns of the pharmaceutical industry.

This accusation is incredibly ironic, given that most critics of cannabis have absolutely no ties to drug companies while multi-billion dollar companies, often tobacco companies looking for new “markets,” jump into the cannabis business.

One of the most common disinformation tactics from some cannabis advocates is just a version of the old “bait and switch.”

Basically this involves finding a study that describes some medicinal benefit to some kind of cannabis compound, usually just cannabidiol (CBD), which doesn’t get people high, or a preparation that contains both very low THC percentages with a lot of CBD (which is actually hard to find in most legal dispensaries) and then declaring globally that “marijuana is medicine” and using this as justification to defend some 30% THC product or ultra-concentrated products manufactured in industrial looking labs that have a tendency to blow up.

In fairness, it is also important to acknowledge that extreme positions against cannabis stretch the truth and in, in fact, can further impede messages for legitimate public health concern.

Blaming cannabis as the primary cause of psychosis or violence, or trying to use cannabis as a diversionary tactic to avoid talking about other important issues such as gun access, invites more eyerolls than rational and productive dialogue.

There indeed may be some medicinal uses for cannabis products, and the criminalization of cannabis use, particularly when applied unevenly to people of color, has done much harm.

For many of us who have legitimate concerns about cannabis without being apocalyptic about it, things would be much better if cannabis advocates simply acknowledged that the primary motivation to use it is to get high and the primary motivation to sell it is to make money. Instead, what we see are symbols like green crosses (ripped off from the medical red cross) on cannabis stores implying that these potentially neurotoxic, water guzzling products are good for both your health and the environment.

Rather than simple advocacy on the basis of personal freedom, we have to endure ridiculously hypocritical social justice arguments, as though nobody notices the cannabis business strategy following the big tobacco playbook with mainly white male executive-led companies disproportionately targeting disadvantaged communities to sell products people really can’t afford and that lead to mental and physical health problems that further hold people back.

It’s unlikely that the two sides will ever come to a real agreement, but enacting some common-sense initiatives related to the many potential harms of cannabis use should be possible. These would include a science-based public health campaign to inform the public of cannabis risks, similar to what has been done with tobacco and alcohol.

Yes, this will get trigger “reefer madness” jokes, but if done well, it will also save lives, and brains. We also need to rethink the entire “medical cannabis” system which is a total outlier to the way everything else is done in medicine (no space here to go into details).

For states choosing to legalize, no-brainer policies like real warning labels and, for goodness sake, potency limits are absolutely critical. False advertising claims need to be aggressively enforced, and effective treatments for cannabis addiction need to be developed and made more available.

Overall, we have napped way too long when it comes to acknowledging and confronting the growing epidemic of cannabis use, and it’s time to wake up.

There will always be disagreements about the relative risks and benefits of cannabis products, but we don’t need to resolve them before enacting some basic and completely sensible measures that could make a real difference in improving our collective mental health and safety.