Why Houston's 8th Wonder Brewery is expanding into the Cannabis Business 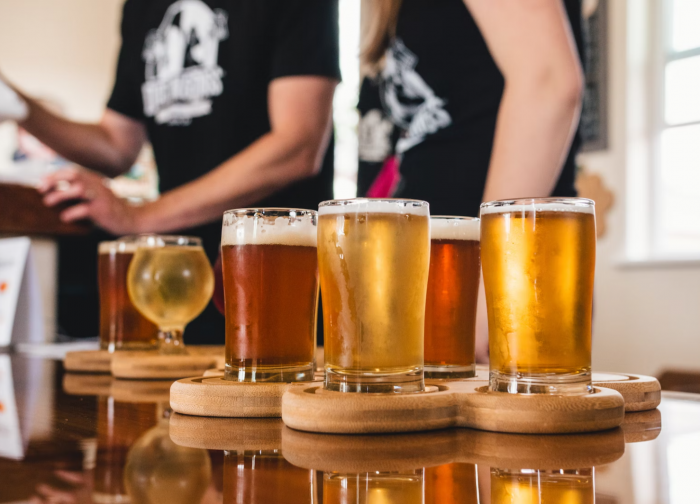 8th Wonder Cannabis, a partnership with Bayou City Hemp, plans to have locations across Texas.

8th Wonder Brewery, one of Houston's very first craft breweries, is officially making moves into another industry: cannabis. The company announced it was partnering with Bayou City Hemp to create 8th Wonder Cannabis, a new brand and dispensary dedicated to all things hemp-derived.

"Cannabis is going to be featured in the hospitality industry and it's just a matter of time," says 8th Wonder CEO Ryan Soroka. "We want to be first movers on this and really put our name out there."

Soroka and Aaron Corsi, 8th Wonder co-founders, were introduced to Ben Meggs and Jeromy Sherman of Bayou City Hemp at the beginning of 2021 by restaurateur Chris Shepherd. They toured the Houston-based hemp manufacturer's facility; not only were they impressed, but they also hit it off.

Corsi says they were interested in diversifying 8th Wonder's offerings, as not everyone drinks beer or even alcohol. The first 8th Wonder-Bayou City Hemp collaboration launched in July 2021, with one Delta 8-infused and one CBD-infused non-alcoholic seltzer called Wonder Water, which brewmaster Corsi developed with Bayou City's proprietary hemp-derived product.

The sparkling waters have been widely successful, but it took them a while to fine-tune a product that they felt comfortable selling at their East Downtown taproom. After the 2018 Farm Bill legalized the production of hemp, every CBD salesman came knocking on 8th Wonder's door, Soroka says.

They received samples from across the country, but while the brewery team was receptive to incorporating them, they found the quality of the products to be subpar.

It was only natural for the two companies to make the next step together: create a new, cannabis-centered brand with the first brick-and-mortar right here in Houston. A dispensary and consumption lounge will open within 8th Wonder Distillery, which opened in 2018 across the street from the original 2013-born brewery. The space will debut its soft opening on Oct. 17.

"It was kind of a no-brainer," Soroka said of the new partnership. "Once we saw the [Wonder Water] product taking off, the demand was very clear."

8th Wonder Cannabis will sell its own seltzer products and that of other brands, as well as edibles, pre-rolls, vapes and other hemp items. All of the beverages are non-alcoholic—they do not mix hemp and booze—and they will also serve THC mocktails.

The eventual goal is to open 8th Wonder Cannabis locations across Texas, but for now, they're taking baby steps with the pilot location in Houston, to see what works and what doesn't before launching on a bigger scale.

"This is a long-term play for us, we want to pioneer this industry in the right way," Meggs said.