Investors are high on the Cannabis Industry, but Federal Rules kill the buzz 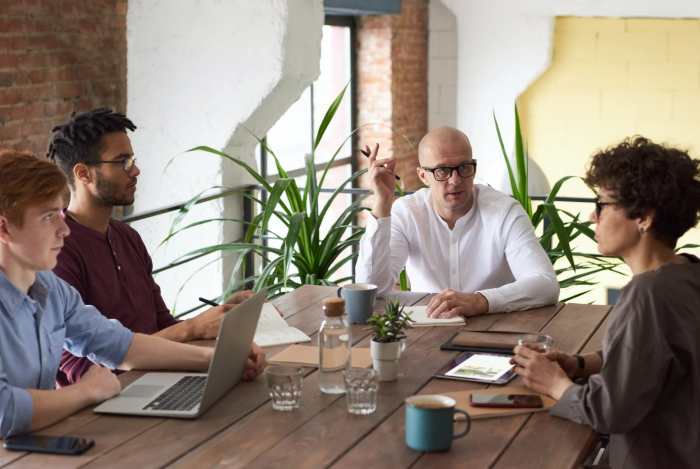 At a wealth management conference hellbent on bucking trends, green and alternative investing were two topics that dominated the conversation.

But for one afternoon during "the world's largest wealth festival," the OG green investment took center stage.

With Huntington Beach as their backdrop and Future Proof 2022 as their host, five insiders who know the ins and outs of the budding legal cannabis industry discussed the investment opportunities presented as more states huddle in the smoke session.

But marijuana remaining illegal at the federal level means compliance and perception continue to create challenges for the most alternative of alternative investments.

Still, Tiby Erdely, founding partner of the Denver, Colorado-based investment firm KEY Investment Partners, believes the momentum generated each time another state decriminalizes or outright legalizes cannabis makes federal rescheduling a matter of when, not if.

As of fall 2022, 19 states and the District of Columbia have legalized the recreational use of marijuana. The tally climbs to 39 states and Washington, D.C., when looking at the legalization of medical marijuana. The complete holdouts are a collection of midwestern and southern states that are at least broaching the conversation.

In the state that was first to legally "go green" on any level, Erdely and his four Future Proof 2022 panelists batted around the potential for rapid growth in the industry and examined how investor portfolios can experience a contact high. Be it via marijuana stocks, ETFs or another vehicle, next-generation investors who believe in cannabis having a major legal presence going forward have plenty of options to get involved.

"We definitely think that the time of the politician falling on the knife to legalize cannabis is beyond us. Now we actually think it's going to be more of a critical mass thing," Erdely said while moderating a panel called "The Cannabis Industry: How to Invest For the Future" during day three of the Future Proof festival.

As Erdely spoke on a side stage at the unorthodox event, the panel attracted a healthy crowd of 20- and 30-somethings from the wealth management, fintech and venture capital industries. Fitting for this discussion but present at least a dozen others throughout the festival, the unmistakable smell of the investment being discussed hung in the air during the talk.

Necks craned and grins cracked as attendees in sunglasses and floral-printed button-ups searched for the source. Meanwhile, the panel of experts on stage sparked up and passed around a broad selection of topics during the 40 minutes they were allotted.

Yulia Kalk, chief operating officer of San Francisco's Gordian Compliance Solutions, kicked off the compliance conversation. She said while her firm does not specialize in cannabis consulting, it works to make sure wealth managers with clients interested in the space avoid problems related to investments or managing investments in the cannabis industry.

Kalk believes the main complexity related to investing in cannabis is the understanding of what regulation applies from the investment standpoint. And much like each state has its own rules for weed, the same goes for state-level investment regulation, she said.

"Then we have FINRA on the broker-dealer side and the SEC on the registered investment advisor side, so understanding how you navigate the investment space without crossing the compliance lines becomes very important," Kalk said. "And the truth is, there are no specific rules for investing in cannabis. Therefore, regular rules apply."

She added that she examined a number of recent disciplinary actions to see what regulators have done in terms of punishing people for violating rules related to cannabis investments. The results were run of the mill with matters like failure to disclose conflicts of interest and due diligence failures leading the way.

"So the punishment comes down not because it's the cannabis industry, but because (wealth managers) violated some other rule. And that's how the regulators are looking at it," she said.

So if the rules are the same, why is compliance such a big problem for the devil's lettuce? Kalk compared it to investments in cryptocurrency, saying because regulators don't fully get it, they keep a closer eye on it, making those run-of-the-mill issues easier to spot.

"Which always makes it very dangerous for funds to invest in …. Something that regulators don't fully understand will be your No. 1e target," she said. "I would say to make sure that your compliance is really tight and clean around those investments, and that is probably the No. 1 way of defending yourself."

Kevin Bush, chief financial officer of Denver's Sweet Leaf Madison Capital, a special lender that provides debt capital to operators in the cannabis industry, said the need for proper due diligence is also increased because of the industry his firm occupies.

"Our biggest challenge is that cannabis is a bit like the wild west. You've got all types of characters," he said with a smile. "So we want to make sure we're not lending money to people doing it illicitly."

Bush pointed out that the fight for funding for cultivators, processors and dispensaries isn't easy. That's because marijuana's federal designation means big banks and other federally chartered institutions are off limits.

"So they have to come to specialty finance people like us to finance them," Bush said. "It's a shortage of capital in a very capital-intensive business."

In terms of timing, Erdely says investors interested in getting involved can do so before the next big legal cannabis boom.

Much like the pre-pandemic wave of recreational use legislation that pushed through states, he sees a near future where 44 or 45 states are marked as "legal" on the NCSL map.

Erdely said when that happens, expect a federal change to follow and strong returns to flow as companies in the cannabis industry climb in valuation. Marijuana has also proven to be a pandemic-proof commodity,

"It's being legalized very quickly. It's one of the reasons we got involved in the first place, and this is an industry that's extremely capital constrained," he said. "But it's all being driven by a grassroots movement at a state level."