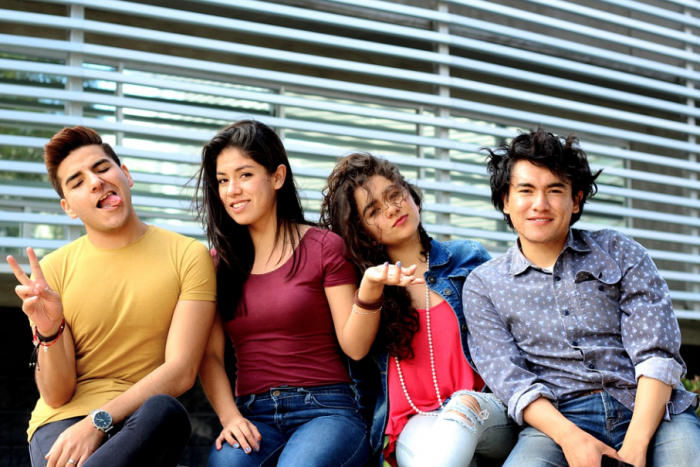 Substance abuse among American adolescents is diminishing, except for an uptake in cannabis and vaping use—show new findings published today in the peer-reviewed journal Substance Use & Misuse.

Examining data from 536,291 adolescents between 1991–2019, an expert team of researchers suggest that while the reasons for this phenomenon are not entirely clear, they appear to correlate to a number of other social factors.

Notably among them, these include increased parental monitoring, and decreased partying and dating.

"Substance use prevalence decreases across decades were largest for the groups defined by significant paid employment or high levels of social time, either with low engagement in other activities or lower levels of supervision, though these groups had the highest initial prevalence of each variety of substance use," says Kreski.

Kreski and the team, which also included experts from New York University, used the Monitoring the Future survey—conducted by the National Institute on Drug Abuse (NIDA)—to track trends in use of cigarettes, alcohol, cannabis, vaping of both nicotine and cannabis, and other substances for children in school grades 8 (13-14 years-old), 10 (15-16 years-old) and 12 (17–18 years old).

Their findings show that low social engagement and participation in structured activities seemed to be the overall best predictors of substance abuse avoidance.

Conversely, substance abuse was higher overall in the highly social and highly engaged groups with less supervision. Time at a paid job was also a significant factor in increasing the chances of trying illicit substances.

This may be particularly true of employed adolescents, who regularly interact with older teens and adults. Employed adolescents often come from lower income brackets and are thus propelled into an early pseudo-adulthood, leading them to adopt the habits more typical of people older than they are. Further, cannabis users in particular appear to seek out other cannabis users, leading to social circles in which the drug plays a significant role. Vaping was similarly correlated to social influence.

Summarizing, Kreski says, "Uncovering these links between complex patterns of time use and substance use outcomes could reveal new opportunities for intervention and education of adolescents surrounding substances, helping to promote declines in use.

"Taken together, while the prevalence of substance use varied drastically between the groups, but the trends in substance use tended to be relatively consistent across groups. Further research is now needed to investigate the factors driving these universal trends in adolescent substance use."

The authors suggest that a variety of peer-led and community-based programs may be effective in diminishing use across a broad spectrum of adolescent demographics. They also urge further examination of mental health conditions that may lead to substance abuse.

This study has certain limitations relating to the survey.

No set of items could be fully comprehensive of the ways in which adolescents spend their time. Additionally, data did not include the years 2020 or 2021, and so could not capture social behaviors that would apply to adolescents in pandemic quarantines.