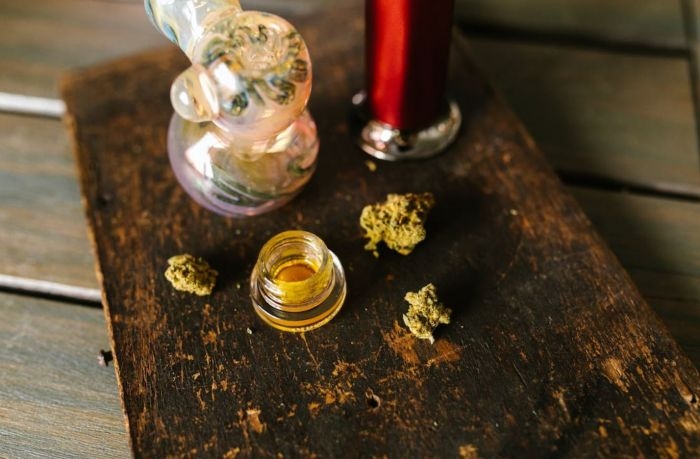 Despite 19 states and Washington, D.C., legalizing marijuana for recreational use, farms and sellers of the drug operating off the books continue to thrive.

Marijuana remains strictly illegal at the federal level despite increasingly vocal pushes by congressional Democrats (and a smattering of Republicans) to take it off the prohibited list of drugs. That has led to states putting in place their own "legalized" marijuana programs.

What started out in the 1990s as state ballot initiatives limited to marijuana for medicinal use eventually spread to its legality for everyday enjoyment, including in some of the most populous states, such as California, New York, New Jersey, and Virginia.

But that doesn't mean all is going according to plan in states that have legalized marijuana.

Separately, Oregon State Police found 19 unapproved greenhouses in a raid at just one of many illegal farms setting up shop in the state.

In 2021, the Illegal Marijuana Market Enforcement Grant program, which was set up by the Oregon legislature to address the underground market in 2018, assisted law enforcement in destroying over 500,000 illegal marijuana plants and seized more than $3 million in cash from illegal operations in the state.

Though marijuana cultivation has been legal in Oregon since 2014, the state is still devoting millions in resources to combat illegal operations. Last year, the Oregon legislature earmarked $25 million to crack down on illegal marijuana growers.

California, which in 1996 was the first state to legalize medical marijuana, faces a similar problem. Illegal operations have exploded in rural areas across the state, from the Mojave Desert to the Sierra Nevada, since California voters in 2016 approved a ballot initiative to legalize marijuana for those 21 and over.

In some of California's most popular cultivation areas for marijuana — including rural Trinity and Mendocino counties, hundreds of miles north of the San Francisco Bay Area — illegal farms outnumbered licensed growers by as much as 10 to 1.

And in Hawaii, where medical marijuana is legal, consumers are flocking to illegal markets where the drug costs less. Only 21% of marijuana purchases made in Hawaii in 2021 are estimated to have been bought at a legal dispensary, according to a report by the Tax Working Group of the Dual Use of Cannabis Task Force.

An ounce of medium-grade medical marijuana on Kauai cost roughly $400, while at the more nebulous "gray market," or the illegal market, it could be found for half that price, per the report.

Randy Gonce, executive director of the Hawaii Cannabis Industry Association, estimates that out of the state's eight legal dispensaries for medical marijuana, only three are breaking even.

The story of the toll illegal operations have taken on licensed sellers is similar across the country.

Money has been a big motivator for growers to continue operating illegally in states where marijuana has been legalized. Illegal growers typically have a lower overhead, as they are not subject to licensing, taxation, and regulation rates — licensed sellers are — for the state they do business in.

This also results in legal marijuana being sold at higher prices than can be found at illegal venues. In Oregon, retailers licensed through the Oregon Liquor and Cannabis Commission are required to charge a 17% sales tax for all recreational marijuana sold.

The federal ban on marijuana has also created a headache for legal retailers. Some licensed marijuana businesses have difficulty securing the banks to operate their accounts out of and obtaining small business loans, among other snags. Banks fear federal prosecution since marijuana is still illegal at the national level.

Proposals to have the federal government decriminalize marijuana are picking up political support — but not enough, so far, to make it through the evenly divided Senate, where Democrats have the majority by virtue of Vice President Kamala Harris's tiebreaking vote.

Under the Senate's filibuster rules, 60 votes would be needed to begin consideration of legislation to decriminalize marijuana.

Still, in July, Senate Majority Leader Chuck Schumer (D-NY), Sen. Cory Booker (D-NJ), and Sen. Ron Wyden (D-OR) introduced the Cannabis Administration and Opportunity Act. The proposal, were it to somehow pass the upper chamber, would federally decriminalize marijuana, paving the way for states to create their own laws on the issue.