Road to Legalization: is Cannabis Legal in Russia? 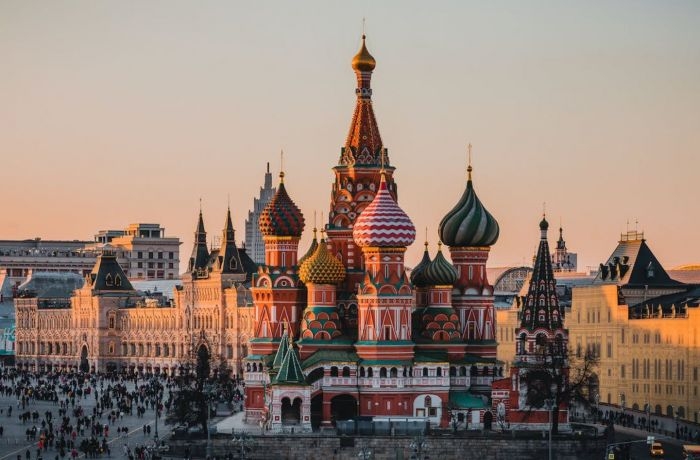 What do all stoners around the world want? Legalization, education, and normalization of the world's best substance. Let’s take a glimpse at the status of cannabis legalization in Russia.

Russia is one of the world’s strictest countries when it comes to progressive matters and regulation. Although there may be others with even harsher rules and punishments, this country has a reputation for being tough on lots of matters that require a more modern approach.

The world calls for the legalization of cannabis. Enough is enough! Just a few weeks ago, the entire country was stunned by the case of WNBA star Britney Griner. Although Griner has a prescription for cannabis oil, authorities in Russia are prosecuting her, and she might face a nine-year prison sentence.

This is one of many examples of just how rash the Russian regime is on topics surrounding weed. We’ll go over a general view of the way Russia tackles cannabis regulation and some historical background. We just hope there are fewer people thrown in the brig over cannabis worldwide.

Legal Status of Cannabis In Russia

Cannabis in Russia is illegal. Although many countries around the world follow suit on the condemnation of flower, it is surprising that a country such as Russia is such a stickler to these old ways. Many have at least already transitioned towards decriminalization!

Russia, however, still considers this substance illegal. The mere possession of up to six grams of flower is an administrative offense, while anything over that is a criminal offense. This means that if you have anything below the threshold you can be fined or detained for a fortnight, while anything above can get you thrown in prison.

In the case of hashish, it is even stricter. Anything below two grams is considered an administrative offense while going over that is a punishable crime.

Apart from having strict rules, it is important to state that the criminalization rates are high, which makes matters even worse. Other countries around the world still consider cannabis illegal on paper but have policies that allow some leeway in order to catch up with modern world standards.

A Brief History of Cannabis Regulation in Russia

The Russian Federation is a nation that resulted in the separation of the Soviet Union and became the heir of most of its rules and policies. The modern status of cannabis comes from a long line of Soviet standards and regulations that were put in place to prevent what they denominated narcomania.

The earliest bans on drugs, like cocaine and morphine, came in the late 1920s. Then, in 1934, the cultivation of cannabis and opium poppy was banned, while hemp continued to be grown in industrial ways. Hemp continues to be an important product of Russian agricultural production.

In 2004 there seemed to be a breath of fresh air. The Russian government decided to update the drug policy and relax a bit on certain substances, especially on the amounts that individuals could possess without facing criminal charges.

Possession limits for cannabis were set at twenty grams. Anything less than this was considered an administrative offense. Before these changes, the mere possession of a joint was enough to qualify for criminal punishment.

Then, two years later, things went dark for weed. In 2006, Russia decided to fall back on the newer standards. The threshold for cannabis was decreased to the contemporary standard of six grams, and fines were established for those that fell under the limit imposed.

A Comparison To The Russian Drinking Standards

One of the topics that spark the most interest when speaking about the legalization and normalization of cannabis is how it compares to alcohol. In my opinion, alcohol is a substance that has been normalized too much and can even cause far greater harm than smoking, vaping, or ingesting cannabis.

Russian society has always been labeled with the stereotype of being prone to heavy drinking, which raises many questions when it comes to other substances. Instead of having a reflection to go along with this, it raises a question: Why does a society that imbibes alcohol so much care to prohibit a substance that can do so much good?

There is a definitive disconnect between the less strict laws that surround alcohol consumption and the tough rules on cannabis. This is a worldwide phenomenon, but one that should be considered in the conversation as there are far greater societal and relational issues related to alcohol than there are when it comes to weed.

Is There A Separate Regulation on CBD in Russia?

Russian cannabis law also forbids the use of CBD, despite the legality of hemp production. The cultivation of cannabis is perfectly lawful in the Soviet Union, but the extraction or isolation of any cannabinoid is forbidden. This is the situation in other locations where there is a complete ban.

CBD, also known as cannabidiol, is a cannabinoid that has no psychoactive effects. On the contrary, this substance has a vast array of medical advantages it provides, but is nevertheless grouped in with the rest of the plant and is therefore prohibited from use. No portion of the cannabis plant is now permissible for internal use, and unless regulations change, they won’t be because they don’t permit the isolation of cannabinoids.

What About Brittney Griner?

Brittney Griner, a center who has played in seven All-Star games and won two Olympic gold medals, made headlines in February when Russian Federal Customs detained her at an airport for possessing cannabis oil. WNBA standout Griner was in the country supporting her UMMC Ekaterinburg women’s basketball team as they competed in the Russian Premier League.

The 31-year-old athlete was detained at a police station after being found in possession of cannabis oil while reportedly trying to return to the United States. Even though she admitted to carrying cannabis oil and was given a nine-year prison sentence for it, her case is still pending in Russia.