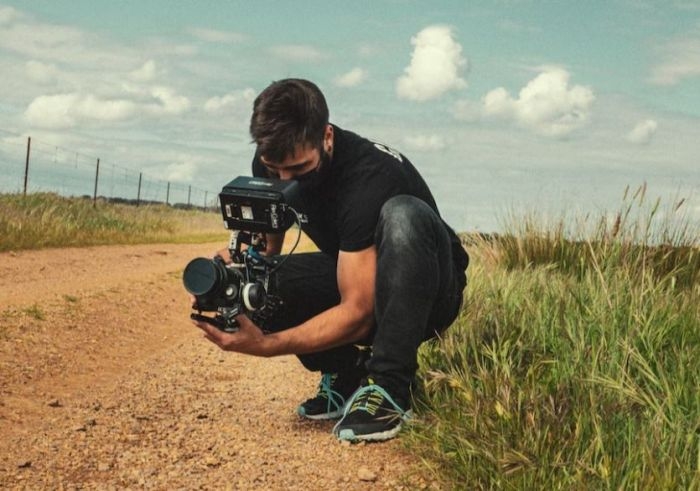 AVONDALE - A band of Tennessee filmmakers passed through Pennsylvania this week, visiting hemp farms and interviewing farmers for a documentary film series about industrial hemp called “One Plant.”

“A lot of the people that we’re trying to talk to are right here in Pennsylvania,” said filmmaker Jordan Berger, co-owner of the film company Sunflower.

The first stop the crew made was at Cedar Meadow Farm in Holtwood, Lancaster County, where cover crop coach Steve Groff has been growing hemp since 2019.

“We talked a lot about regenerative agriculture...and how hemp works into all of that,” Berger said of his interview with Groff.

While hemp is a relative newcomer to modern agriculture in Pennsylvania, the crop has a long history in the Keystone State, dating back to colonial times when it was a staple on most farms, where it was grown for rope, textiles, animal feed and medicine.

To pay homage to that history, the crew staged a reenactment of a colonial hemp harvest at the Stroud Water Research Center in Avondale.

Cynthia Petrone-Hudock and farmer Jamie Hicks manage the crop for the Stroud Center, which is studying hemp’s impact on soil and water health.

Well before sunrise on Wednesday, the film crew was set up and ready to shoot the scene as the day’s first light spread upon the field.

Three volunteers, dressed in period costumes, proceeded to harvest the hemp as they would have in the old days — pulled out of the ground by hand.

This reporter was one of those volunteers, along with filmmaker and Sunflower co-owner Maxwell Duryea, and Chris Hudock, marketing manager at New Frontier Data, a cannabis data and reporting company.

The hemp stalks were tall and spindly, their tops heavy with flower and seed. They pulled easily from the soil, and we laid them on the ground in rows, trying to ignore the cameras around us.

Traditionally, the hemp would ret in the field for several days to weeks in order for naturally occurring microbes to break down the lignins that hold the stalks together, making the fiber easier to process into finished goods.

Cameraman Garret Henderson-Black, who knew nothing about hemp before starting this project, said he is impressed with the potential of the crop but is alarmed by what hemp farmers have to go through.“It’s just a crop like any other crop with a ton of uses. And it’s kind of insane that you have to jump through so many hoops just to grow it,” he said.

He hopes the film will help demystify and de-stigmafy the hemp plant, and thinks that once the general population understands hemp’s value and potential, many will have greater acceptance of the crop, creating bigger markets and greater opportunity for farmers.

By the time the sun was above the treeline, we had harvested about an eighth of an acre, and the film crew got the shots they needed for the film.

From Avondale, the crew is headed north to the Rodale Institute Pocono Organic Center in Long Pond, Pennsylvania, and then to Hudson Valley, New York, to meet with a carbon researcher, then to Boston to interview a hemp historian.

The crew will pass though Pennsylvania again next week as they make their way back to Tennessee, stopping in Washington, D.C., to talk to a hemp industry lobbyist, and then a quick visit to Mount Vernon, where George Washington grew hemp in the 18th century.