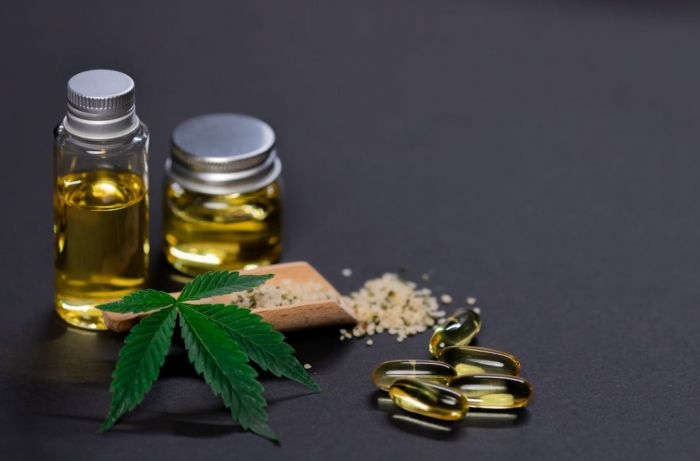 Not long after the U.S. Supreme Court’s decision that abortions are not a right covered by the U.S. Constitution, award-winning actress Bette Midler posted to Twitter a doctored picture of a New Mexico welcome sign.

Added to the sign were the words, “We’ve got chile, weed and reproductive rights,” referring to the fact that state lawmakers removed a criminal penalty for abortions and that the state legalized recreational-use cannabis. Hours later, Gov. Michelle Lujan Grisham’s reelection campaign jumped on the opportunity and reposted the picture with the added words, “And we’re going to keep it that way.”

If Lujan Grisham’s Republican opponent and former television meteorologist Mark Ronchetti wins the election in November, it’s likely that he will push for a change to the state’s abortion law, but his campaign has said little about whether he would push for changes to the state’s Cannabis Regulation Act.

Medical cannabis patients and cannabis business owners who spoke with NM Political Report about cannabis and the upcoming gubernatorial election had various views on how each candidate might impact the current law, but most agreed that there is still more work to be done when it comes to the state’s cannabis industry.

Alyssa Pearson, the chief operating officer of the cannabis company Dr. Green Organics Co., said her business is in the final stages of opening a cannabis retail store in Mesilla Park, in Southern New Mexico. Pearson declined to discuss who she plans on voting for in the upcoming election, but said she hopes lawmakers and the governor address what she sees as needed changes to the current law.

“At this point, all that needs to be done to kill small businesses like ours is ambivalence,” Pearson said. “I know that that’s something that my business partners and I would never want to do, is vote for somebody who could potentially jeopardize the feasibility of the social equity mission of cannabis, because that’s, for us, such a huge thing. This should be economic development in New Mexico for New Mexicans, and somebody who doesn’t vote for the micro business changes that we’re hoping for, or doesn’t sign that bill into law, jeopardizes our future and in our minds, the futures of other people like us who are using this as a potential stepping stone.”

Pearson would also like the Legislature and governor to work towards a free, or at least a cheaper, option for training and certifying retail employees, often referred to as “budtenders.”

In a questionnaire for the Albuquerque Journal, Ronchetti raised concerns about public safety, but offered no specifics about what changes he would push for.

“New Mexico should be the most aggressive state in the nation in keeping marijuana away from children and prosecuting drugged driving. On the first weekend of legalization, a driver high on marijuana killed a motorcyclist. That Monday, 14 elementary school kids ate marijuana edibles a child brought to school,” Ronchetti told the Journal.

Ronchetti’s campaign did not respond to numerous requests for his specific plans for the Cannabis Regulation Act.

Some medical cannabis patients who are also registered Republicans agreed that doing nothing with the current cannabis law would harm the industry. But Josh McCurdy, a registered Republican, medical cannabis patient and cannabis advocate who works in the industry, said he originally voted for Lujan Grisham because of her promise to legalize cannabis. But, he said, cannabis legalization has become less of a wedge issue and he speculated that Republicans in favor of legalization will likely still vote for Ronchetti, with the hope that he understands the money-making potential of cannabis.

“To be honest with you, as far as all my temperature sensors I get from the red team, they’re game to make money from it,” McCurdy said.

McCurdy said through his travels in rural and conservative parts of New Mexico, he’s seen people ready to make money from cannabis and that Ronchetti has likely seen the same thing.

“You can’t deny the numbers,” McCurdy said. “Who would want to be that asshole?”

One of McCurdy’s business partners, Chad Lozano is not always aligned politically with McCurdy, but they both agree putting a cap on the state’s cannabis excise tax should be a priority for whoever wins the gubernatorial race in November.

The current cannabis excise tax rate is 12 percent, but when combined with gross receipts taxes, the total amount is about 20 or 21 percent. National experts have mostly agreed that a 20 percent tax is enough to generate tax revenue, but also low enough to compete with the illicit market. The Cannabis Regulation Act requires the cannabis excise tax to slowly increase to 20 percent over the next several years, but combined with the gross receipts tax, the total amount would be closer to 30 percent.

Lozano, like Pearson, said he hopes that whoever wins the election takes action to update the state’s cannabis law. During the eight-year tenure of former Gov. Susana Martinez, whose political advisor now works for the Ronchetti campaign, very few changes were made to the state’s medical cannabis law. The number of medical cannabis producers increased under Martinez, but her health secretary was resistant to adding opioid use disorder to the list of qualifications to use medical cannabis, despite receiving numerous recommendations to do so.

“That is my main fear, is if we get someone like [Martinez], it’s just going to be stagnant, and nothing’s going to happen, and nothing will improve,” Lozano said.

Others are critical of both Lujan Grisham and Ronchetti.

Ginger Grider, who ran unsuccessfully as a write-in Libertarian candidate in the 2022 primary election, said she’s not voting for anyone for governor, including her former Libertarian opponent Karen Bedonie. Grider said while she will not vote for Lujan Grisham, the incumbent would likely be the choice for single-issue cannabis voters.

“I will not be voting for MLG, but if someone were cannabis-led voting, she would probably be, out of the three, the most reasonable choice, because while her policy is not at all what it should be, she is not anti-cannabis, nor anti-cannabis business,” Grider said.

Grider does take issue with Lujan Grisham because of what Grider said was dishonesty. When Lujan first ran for governor, she pledged to swiftly address shortcomings in the medical cannabis program. Lujan Grisham eventually signed a bill that made sweeping changes to the state’s Medical Cannabis Program, but her Department of Health only increased production licenses just before recreational-use cannabis became legal and then only approved one new license.

“She absolutely, completely lied,” Grider said. “You know, when she was running for governor, if you’ll remember, her promise was in the first 100 days she would do all kinds of magical bullshit for the medical program and none of that ever happened.”

As for Ronchetti, Grider said he is just following party orders and single-issue cannabis voters should avoid voting for him.

“I will not be voting for Ronchetti, nor do I believe anyone who is cannabis-led should because he is very much a product of the machine. He is a face, he is a suit,” Grider said.

Grider’s husband Heath, who switched his registration from Republican to Libertarian to vote for Ginger in the primary, accused Ronchetti of following the party’s talking points instead of speaking from the heart.

Heath, who has been active in his local Republican Party, is also a critic of what he calls the party’s “obsession” with sexuality and cannabis.

One of the industry’s loudest critics of Lujan Grisham said the near silence from Ronchetti on cannabis tilts the scales towards Lujan Grisham.

Duke Rodriguez, the president and CEO of the cannabis company Ultra Health, has long criticized, and sometimes sued, Lujan Grisham and state regulators over cannabis rules and regulations. Ultra Health is currently one of several plaintiffs in a class action lawsuit against health insurance providers who said they will not cover medical cannabis purchases. While Rodriguez has been critical of Lujan Grisham over a variety of issues, he said at least the public generally knows her views.

“We know where she stands, so it’s much easier to be critical of her,” Rodriguez said. “I don’t give her an A in cannabis leadership. I give her a B- maybe a C. But remember, she turned in her work and we graded it.