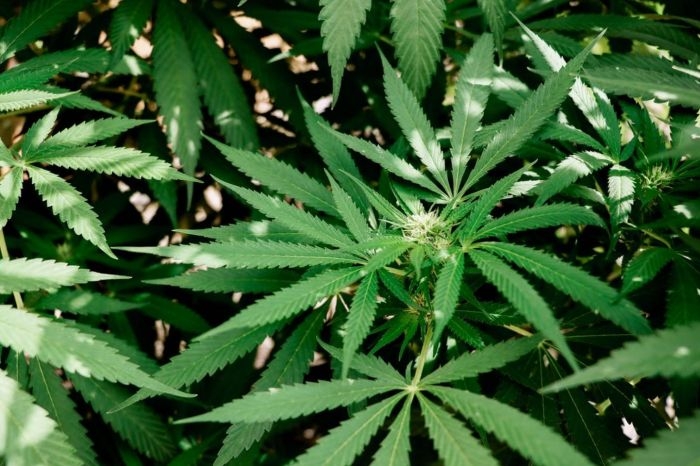 Our recent story about an area farmer studying the potential for industrial hemp has more implications than what people might realize at a glance. We think this is a potential winner for the state.

Hemp, as most people are aware, is the same basic plant as marijuana. But industrial hemp has much, much less THC in it. You could probably smoke it, but even a joint the size of a telephone poll is going to give you more of a headache than a high.

What hemp does have is an impressive flexibility for industrial use.

The plant’s oils and fibers have multiple potential applications. The fiber is famous for the rope it makes, but can also be woven into fabrics and made into paper. There’s talk about using the fast-growing crop as animal feed, though that’s still illegal at the moment.

Hemp was once a major cash crop in the United States. Several of the nation’s founding fathers grew it, including George Washington, Thomas Jefferson and James Madison.

It was so important that, in March 1846, the House ordered Secretary of the Navy George Bancroft to report on “how much hemp has been purchased for use of the navy in each year since and including the year 1840; and of what country the growth, and quantity obtained from each country; the various qualities or classes of hemp, and the price paid for each; from whom purchased, and the manner of making the purchase; also, what steps have been taken by the department to carry into effect the law establishing a hemp agency in Kentucky and in Missouri.”

The goal in that case was to see whether the United States could produce enough hemp to fully supply the Navy’s needs. The report concluded that the nation probably could end foreign purchases, though it would come at a higher price until production ramped up to higher levels.

Why was the Navy so concerned about hemp rope? Well, the basic explanation is that it’s good. Really good. Rope made from hemp holds up better to nautical settings than ropes made from cotton or other plants. It resists mildew well, a significant advantage in damp conditions.

The Philippines were always a significant source of hemp for the U.S., which became a serious concern during World War II. The Department of Agriculture even released a short film in 1942 called “Hemp for Victory” in a bid to boost the amount grown in the United States. You can watch it on YouTube today.

While there is less hemp used today by the Navy — there’s not much rigging on an aircraft carrier — but it still needs mooring lines and tow ropes. So does the Coast Guard.

There’s enough need that it’s not a particular stretch to call hemp rope a national security question. And, while China may not have the ability or interest to successfully invade the Philippines today, it could certainly create chaos for shipping in the Pacific.

Beyond rope, the plant’s potential uses remain as varied as ever. There’s good reason other countries have continued hemp production at an industrial scale, and good reason for the United States to consider doing so.

The push isn’t particularly new, either. The 2018 Farm Bill required the U.S. Department of Agriculture to develop regulations to oversee hemp production. The final rule was published in March 2021. Any state department of agriculture or federally-recognized tribal government can submit a plan for production for federal consideration.

As those programs develop, it seems likely companies will begin developing new help strains that address specific goals. That’s not so different from the way soybeans and corn are handled now and, like those products, the hemp can be patented.

We’re still in the early days of the American hemp industry’s revival. With test plots currently in Buffalo, Monroe and Chippewa counties, Wisconsin stands poised to join a multi-state study that could go a long way toward establishing the Midwest’s industrial hemp for years to come.

It’s going to be interesting to watch the industry mature nationally. Wisconsin could well have a place in it and, if that happens, it will be a welcome boost for our state’s agriculture.