What Is CBDA And How Does It Help The Human Body? 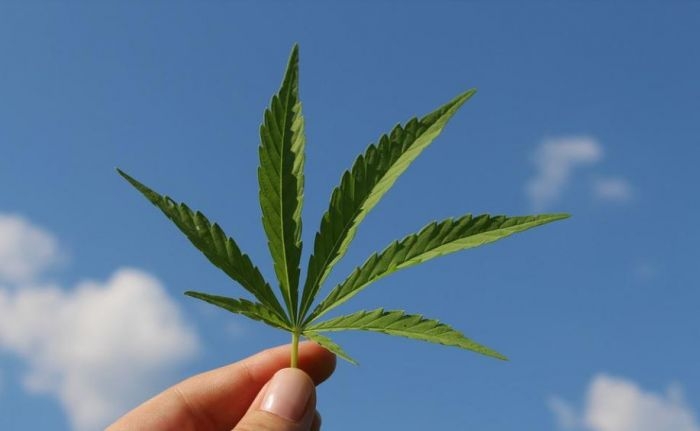 Researchers believe that CBDA could be the next big medication for treating and maintaining overall mental and physical well-being.

Cannabidiolic acid (CBDA) is a minor cannabinoid with significant medicinal promise. Recent research suggests that CBDA could be an alternative treatment for managing or curing inflammation, anxiety, cancer, and seizures. The therapeutic potential of CBDA is the newest discovery of cannabinoid-based drugs.

Although research is still in the infant stage, researchers believe that CBDA could be the next big medication for treating and maintaining overall mental and physical well-being. Many cannabis-based scientists are optimistic that CBDA would reduce the need for conventional drugs with long-term side effects.

CBDA is mainly found in cannabis plant material. Like other major and minor cannabinoids, it reacts with the body’s endocannabinoid system and receptors in the central nervous system and immune system.

This less-famous cannabinoid exists as cannabigerolic acid (CBGA) before it is converted to its true form. The mother cannabinoid CBGA is not only a precursor to CBDA, but also to Tetrahydrocannabinolic (THCA) and Cannabicheomenic acid (CBCA)

Conversion of CBGA to CBDA

The cannabinoids found in hemp plants can be concentrated through an extraction procedure. These cannabinoids alter how cells communicate response signals, which can have a variety of positive impacts on the body and mind.

CBDA was first discovered and isolated in 1965 by Israeli scientist Rafael Mechoulam. It was subsequently activated to CBD for its medical benefits. New studies suggest that CBDA could be more effective in its acidic state than CBD for curing or treating some medical conditions.

CBDA does not induce any form of psychoactivity. Like CBD, it is unable to cause intoxication. It is often used for medical patients that do not want to feel impaired, couch-locked, or lose focus. CBDA does not bind to the CB1 and CB2 receptors because it is acidic. Instead, it inhibits the Cox-2 enzyme without impacting the CNS.

Benefits of CBDA in hemp products

CBDA is perceived as an effective treatment for certain medical illnesses. Its affinity to bind to serotonin receptors allows it to affect most symptoms, including mood swings, nausea, fatigue, and inflammation.

Compared to CBD, CBDA has been found to have a stronger activation of 5-HT1A serotonin receptors. Numerous physiological processes, including the control of mood, motion sickness, migraine, and intestinal movement, are influenced by serotonin.

According to the available studies, CBDA’s potential as a medication is still in question. Clinical investigations have mainly utilized animal models up until now. We won’t fully understand CBDA’s potential until clinical trials focus on people’s health and its mechanism of action.

Due to its features as a specific Cox-2 inhibitor, CBDA has anti-inflammatory properties and may be effective in lessening inflammation. The functions of cyclooxygenase (Cox) enzymes 1 and 2 vary.

The stomach and intestinal walls are maintained by Cox-1. Cox-2 causes inflammation. Ibuprofen and aspirin are examples of nonsteroidal anti-inflammatory medicines (NSAIDs) that function by obstructing the actions of these enzymes. The gastrointestinal tract may be harmed by long-term reliance on certain medications.

Because of this, scientists have been working to develop selective Cox-2 inhibitors that don’t block Cox-1 enzymes without running the danger of seriously harming the stomach lining and intestines. CBDA functions similarly to NSAIDs but without the adverse effects on the digestive system.

Guelph University researchers discovered that CBDA was an effective treatment for nausea and vomiting brought on by toxins and motion sickness.

The study discovered that CBDA was particularly fantastic at lowering anticipatory nausea. This happens when a patient has nausea just before receiving chemotherapy. Since there are no recognized cures for this type of nausea, CBDA is an up-and-coming alternative.

The study team also examined the interactions between the anti-nausea medication ondansetron and the CBDA. The researchers discovered that even a minimal amount of CBDA enhances the medication’s antiemetic effects.

Epidiolex, a CBD-based medication, became the first prescription medicine product to receive FDA approval for treating treatment-resistant epilepsy, launching CBD into the public eye. It suggests that its acidic counterpart may lessen the severity and duration of seizures in some cases.

The manufacturer of Epidiolex, GW Pharma, has conducted tests contrasting the effects of CBDA and CBD. According to research, CBDA can have a quicker-acting effect than its parent molecule and higher bioavailability.

Their research showed that smaller doses of CBDA were needed for effectiveness, reducing the possibility of harmful side effects. In several instances, CBDA outperformed CBD in terms of lowering seizure frequency.

Last words: How to use CBDA

There are natural and synthetic CBDA products. However, CBDA extract is more prevalent in the budding CBD market.

CBDA cannot be inhaled in its natural form since doing so would cause the cannabinoid acid to transform into CBD. You can use uncooked cannabis blossoms and leaves in recipes. To get your greens without getting high, try eating the leaves raw in a salad, blending them into a smoothie, or producing natural cannabis juice.

You can also create tea from raw flower buds high in CBDA. Simply put, you have to put them in a cup and let them steep. The CBDA will be partially decarbed by the water instead of infused into your beverage. Many cannabis products contain CBDA. Customers can purchase raw hemp oil items like tinctures, capsules, and raw CBD oil.