Not a gimmick: Mike Tyson serious about cannabis industry, wants to make it a superfood 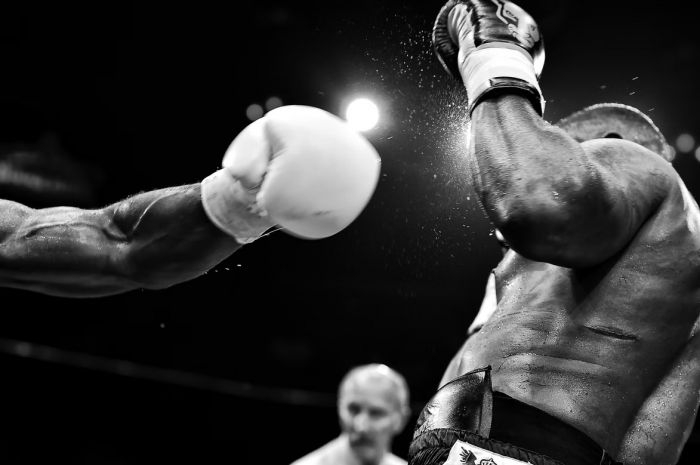 Boxing icon Mike Tyson says he has never felt mentally and physically healthier in his life. The reason: his consistent use of cannabis.

It’s a way of existence that is priceless, the part-time Las Vegas resident says, even though it costs him $40,000 monthly.

“Mike is lightning in a bottle,” said Chad Bronstein, his business partner with Tyson 2.0, a company that makes an ear-shaped cannabis gummy.

“There are a lot of celebrity brands, but Mike is an authentic brand user. He smokes a lot of weed, and for different reasons. Mike talks a lot about mental health, and I think people can see that he’s an authentic person. People like that.”

The cannabis gummies pay homage to Tyson’s “Bite Fight” heavyweight championship bout with Evander Holyfield in Las Vegas in 1997. In one of the boxing history’s most memorable moments, Tyson bit off a small piece of one of Holyfield’s ears and was disqualified, precipitating chaos at the MGM Grand Garden Arena.

He lost his Nevada boxing license, though it was later reinstated.

The incident represents an avenue to help Tyson and his company move a fledgling cannabis empire forward.

The gummies, human-shaped ears with a small chunk missing, are called “Mike Bites” and can be found at various cannabis dispensaries in Las Vegas. The idea came from Tyson’s wife, Lakiha “Kiki” Tyson.

“She’s kind of our head of creativity and she thought that up and has made it a phenomenon, so to speak,” Tyson said.

When Mike Bites hit the market in the spring, Bronstein said they were almost instantly dubbed a marketing success and sold out on a regular basis.

They come in black raspberry, watermelon and sour apple, though Bronstein said additional flavor options are forthcoming. Some customers consume the bites to aid in sleep, as each gummy packs 10 milligrams of tetrahydrocannabinol (THC), the main psychoactive compound found in marijuana, Bronstein said.

“When we heard about the idea, we knew it was something we had to take to market,” Bronstein said.

“When we launched, we just put a little teaser up on Instagram and it went viral pretty quickly thereafter. For those who thought it was a gimmick, it’s not. It’s a quality product.”

Bronstein said it’s been relatively easy to market Tyson products because of his lasting worldwide popularity. Though he hasn’t been active at boxing’s highest levels in years, Tyson, 56, has remained a pop culture icon. Through it all, Tyson has long maintained that cannabis use has been important for his well-being.

Tyson said that, like the Tyson 2.0 brand, the cannabis industry in the U.S. will continue to grow and evolve. He said he sees a future where cannabis products are sold in grocery stores and places that sell health food items.

“I think we’re just experiencing the tip of the iceberg,” Tyson said.

“My goal is to make cannabis a superfood.”

Bronstein said it’s possible that Las Vegas could eventually be home to a Tyson 2.0 cannabis lounge.

Lounges were approved this year by Nevada industry regulators, though none have opened yet.

Earlier this month, Tyson 2.0 announced that its products will be sold in Arizona, Maryland, Ohio and Pennsylvania.

“The cannabis industry is very competitive, but I’d say we’re the No. 1 brand in the space as far as growth,” Bronstein said.

“A lot of celebrities are using our products. Our product has a lot of staying power because of the premium aspect of it, and I think we will see these lounges in hotels. That’s coming.”