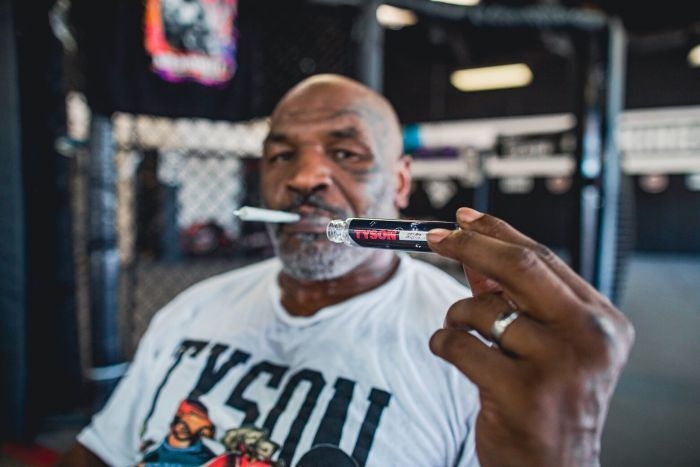 The expansion, through medical marijuana cultivation and distribution company Columbia Care, will also be available in Arizona, Ohio and Pennsylvania. His pot is called Tyson 2.0.

The expansion to medical marijuana dispensaries in Maryland also comes ahead of a ballot referendum in Maryland this fall that could legalize recreational use of marijuana.

“Cannabis has been used as a form of medicine for thousands of years and now more than ever has become widely known to help people better cope with anxiety and depression. As cannabis has helped me, it’s an honor to be able to share greater well-being with fans through the unrivaled Tyson 2.0 products,” Tyson said in a statement.

Tyson 2.0 is available in more than 50 retail locations in Maryland, including Columbia Care dispensaries in Chevy Chase, Rockville and Frederick.

New York-based Columbia Care is one of the largest cultivators, manufacturers and providers of cannabis products. It is also in the process of merging with Chicago-based Cresco Labs, creating one of the largest marijuana operators in the U.S. with more than 130 cannabis retail locations in 17 states and the District.

Tyson and business partners have raised more than $100 million in funding for launching and expanding the Tyson 2.0 brand.
Region: Maryland