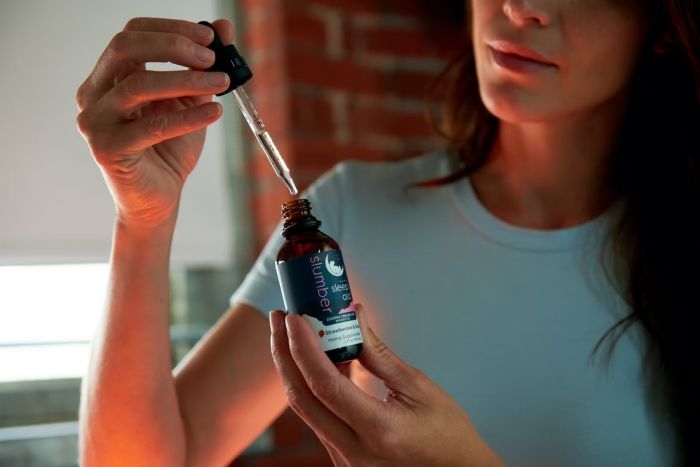 The plans of Gov. Glenn Youngkin's administration to crackdown on the sale of certain psychoactive products like delta-8 hit a wall of resistance from the hemp industry at a Thursday meeting of a new task force. Critics of the plan argue the rules were rushed, unenforceable and would spark legal challenges.

“We wake up one morning and we find out that we may be in breach of the law,” Maurice Robinson, owner of Greener Things store in Charlottesville, told state officials on a new hemp task force in Richmond.

“And that's unsettling to a lot of us.”

Officials with Virginia’s Department of Agriculture warned the hemp products were untested and potentially unsafe, citing more than 2,300 calls to national poison control centers related to the products from Jan. 1, 2021 through Feb. 28. A single case resulted in the death of a minor, according to the Food and Drug Administration.

The first meeting of the workgroup highlighted convoluted  state laws governing cannabis products. Legal marijuana can only be purchased from a handful of state-approved medical dispensaries. But products chemically derived from the hemp plant, like those marketed as delta-8 or delta-10, still can get users high and are now widely available in Virginia stores. The names refer to compounds — cannabinoids — found in trace amounts in Cannabis sativa plants. The products are created by chemically converting the cannabidiol found in hemp extracts into delta-8 or delta-10.

The Virginia Department of Agriculture and Consumer Services and Attorney General Jason Miyares announced last week that the department would crackdown on the sales of certain edible hemp products containing “chemically synthesized” tetrahydrocannabinol, the main psychoactive compound in cannabis.

The announcement cited language in the new state budget as the reason for the shift. It did not attempt to regulate smokeable products, which fall outside VDACS’ purview.

It’s unclear what will constitute a “synthetically derived” product under the new announcement.

Linda Jackson, director of the state department of forensic science and a member of the agriculture department’s task force, said Thursday that “a laboratory would have a very difficult time — if not an impossible time” determining whether delta-8 occurred naturally or from a synthetic process.

Other speakers noted that manufacturers are working on ways to synthesize delta-8 and other THC compounds using yeast — a process that seemingly fall outside the new rules.

Jackson also said the state doesn’t currently have a way to test for delta-8 or delta-10 intoxication in drivers who appear to be impaired, but is working on a solution.

Ryan Davis, a program manager in the department’s office of dairy and foods, said the budget provided “a clear mandate” to the department to ensure the products, specifically delta-8, “are no longer being manufactured in Virginia.”

“At this point, we're going to do everything possible to exhort everyone to comply voluntarily,” he said.

“We will likely need to, at some point in time, initiate further action.”

The FDA has argued that delta-8 products pose “serious health risks.” Critics of the products say there is little quality control or long-term research into the substances or regulation of what’s in the products.

Manufacturers, farmers and retailers maintain that the products are safe if properly regulated. Some argue they’re being vilified in an attempt to clear competition for large cannabis companies that run the state’s medical marijuana market. In May, the 9th Circuit Court of Appeals in California ruled that delta-8 products are legal at the federal level under the 2018 Farm Bill passed by Congress. If federal lawmakers didn’t intend to legalize delta-8, “then it is for Congress to fix its mistake,” the three-judge panel wrote in its unanimous decision.

Dylan Bishop, a lobbyist for the Cannabis Business Association of Virginia, was among about two dozen speakers arguing Virgina’s new rules weren’t grounded in state law and claimed the shift amounted to an overnight policy change.

“To say that that change of policy was a product of the legislative process and the recently enacted budget is a bit disingenuous,” Bishop said. In an interview with VPM News on Friday, Bishop said he expected the new rules would spark legal challenges.

Other speakers, like Southwest Virginia hemp processor Kerry McCormick, warned the move would just cause them to relocate operations to friendlier states.

“I'm about 45 minutes from the Tennessee border,” McCormick said. “About 15 of my jobs are about to get outsourced to Tennessee. That's going to be on this committee.”

But Tom Intorcio, associate director of the Virginia Catholic Conference, called for the General Assembly to go further and ban smokeable products.

“The push for commercialization of these drugs undermines everyone's safety,” Intorcio said.

The new state budget created the hemp task force “to analyze and make recommendations” on regulations regarding “the safe and responsible manufacture and sale of industrial hemp extracts,” but did not explicitly prohibit sales of the products. It also set out new rules for hemp products containing THC: The items can’t be sold to people younger than 21 and must include childproof packaging that displays an ingredient list, as well as the results of lab tests showing THC concentrations.

The budget was broadly interpreted by lawmakers and the hemp industry to legalize the products — at least until VDACS’ announcement last week.

The hemp task force won’t make new policies on its own. Instead, the budget tasked the group with writing a report with recommendations due by Nov. 15. The group includes members from a range of state agencies, boards and departments, but does not include representatives from the hemp industry, leading critics to claim the state had no interest in engaging with them.

The controversy over the products seemingly caught the state’s top agricultural official off guard.

“When we took office six months ago, I had no idea that this topic of hemp and hemp extracts would be as big of a topic as it has become,” said Secretary of Agriculture and Forestry Matt Lohr.