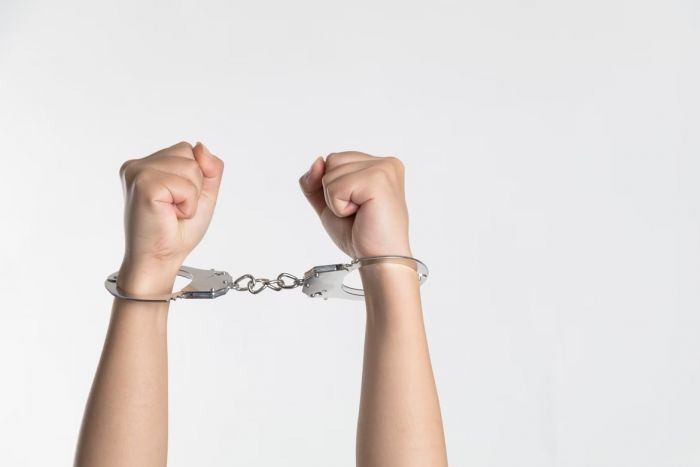 The nation’s largest physicians professional association has called for the automatic expungement of arrest and conviction records for pot-related offenses no longer illegal under state cannabis reform laws.

The American Medical Association announced last week that it has approved a resolution calling on states that have legalized or decriminalized cannabis to expunge the records of arrests and convictions for marijuana-related offenses that are no longer illegal. The AMA, the largest professional association for physicians in the United States, announced on June 14 that it had formally adopted the policy change at the Annual Meeting of its House of Delegates held in Chicago last week.

In a statement, the AMA wrote that the goal of the policy change is “to introduce equity and fairness into the fast-changing effort to legalize cannabis.” The group notes that at least 18 states have legalized cannabis for use by adults and more than three dozen have passed legislation allowing for the use of medical weed. However, in many states, those who were arrested or convicted of cannabis offenses before legalization measures were enacted still carry the burden associated with a criminal record.

“This affects young people aspiring to careers in medicine as well as many others who are denied housing, education, loans and job opportunities,” said AMA trustee Scott Ferguson, M.D.

“It simply isn’t fair to ruin a life based on actions that result in convictions but are subsequently legalized or decriminalized.”

The AMA went on to note that even when arrest and conviction records are expunged, affected persons often still face collateral consequences such as disqualification from eligibility for public benefits such as health insurance programs. The group also called for the expungement process to be automated, acknowledging that relief often entails complex or costly measures by those seeking to have their records cleared.

“Expungement is no panacea,” Ferguson said.

“It can be a lengthy and expensive process. Automatic expungement would relieve people of having to figure out and pay for the bureaucratic steps necessary for sealing a criminal record.”

The new AMA policy also calls for an end to probation, parole, or other court-ordered supervision for cannabis-related offenses that are later decriminalized or legalized. The group noted that cannabis prohibition laws have not been applied equitably, with members of historically marginalized communities bearing the brunt of law enforcement and associated negative impacts of the War on Drugs. The AMA added that Black people are 3.6 times more likely to be arrested for a marijuana offense, despite data that has consistently shown that Blacks and white people consume cannabis at roughly equal rates.

In addition to its call for state governments to expunge cannabis records, the AMA said that it would discuss expungement with relevant medical education and licensing authorities including the Association of American Medical Colleges, the Accreditation Council for Graduate Medical Education and the Federation of State Medical Boards “to determine the impact of disclosure of a cannabis-related offense on a medical school, residency or licensing application.”

Despite its support for clearing the records for cannabis convictions in states that have enacted marijuana policy reform, the AMA restated the group’s opposition to further efforts to legalize cannabis. The AMA offered several reasons for maintaining pot prohibition laws, citing possible negative health effects of cannabis use.

“The AMA continues to oppose legalization of cannabis,” the association wrote in its statement.

“Legalization of cannabis for adult use is associated with increased traffic fatalities, exposures reported to poison control (including infants and children), emergency department visits, and cannabis-related hospitalizations. Furthermore, the increasing prevalence of cannabis use in pregnant people is most concerning.”

Although the AMA is not onboard with furthering weed legalization efforts, the group’s published policy on cannabis “supports public health based strategies, rather than incarceration, in the handling of individuals possessing cannabis for personal use” and “encourages research on the impact of legalization and decriminalization of cannabis in an effort to promote public health and public safety.”

The cannabis policy, which was last updated in 2020, also notes that the AMA “will coordinate with other health organizations to develop resources on the impact of cannabis on human health and on methods for counseling and educating patients on the use cannabis and cannabinoids.”