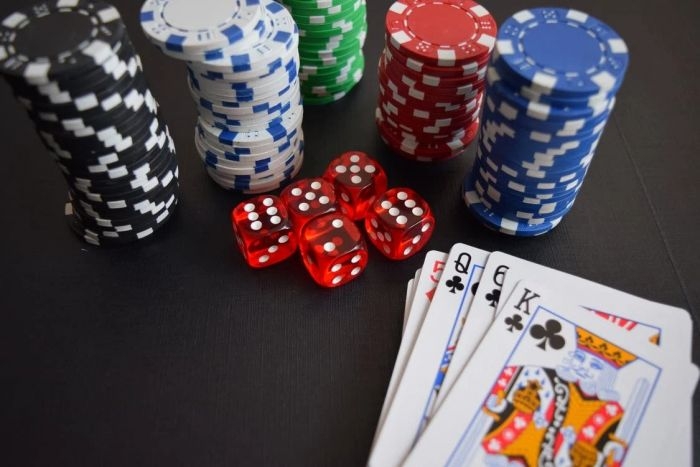 Atlantic City, New Jersey could boom as a destination for cannabis business conventions and other events.

Atlantic City, New Jersey could return to its original glory as a tourist destination with the boom of the Green Rush and the cannabis business events that follow. A city once dominated by the gambling industry is now facing its unknown future, and local experts think cannabis business-to-business events could solve that problem.

The familiar “glitter and sleaze” of Atlantic City’s boardwalk is known to locals, but the city has been on the decline for decades. Donald Trump’s Taj Mahal casino and hotel closed for good on October 10, 2016, and things haven’t gotten any easier for the gambling industry since then. Revel Casino Hotel followed, closing doors and being sold as well.

Things seemed to get worse in 2019, and despite an upturn in casino industry revenue in 2021, mostly due to a tax break, the city is still miles away from where it used to be. In addition, Atlantic City Tropicana’s workers are picketing for better pay and to unionize as the casino’s future remains uncertain.

However, the economic effects of the rollout of the cannabis market could be the answer to the city’s long-term financial woes. During the first month of adult-use cannabis sales in New Jersey, the state brought home $24 million in tax revenue.

Skift Meetings, focused on event professionals, released a recent report about the true potential Atlantic City offers for the Green Rush—putting more than a bandaid on the city’s economic fallout.

The most obvious comparison is the boom of business events in Las Vegas, such as MJBizCon or CHAMPS Trade Show, drawing tens of thousands of tourists looking for networking opportunities and more. Atlantic City is home to 17,029 hotel rooms—a high ratio of rooms compared to other cities of its size as it is designed for tourism. Atlantic City could house large-scale events of the same nature.

Several others agreed that the new cannabis market in New Jersey is especially ideal for a city like Atlantic City. That’s especially true for cannabis conventions that need large facilities.

“The legalization of cannabis in the State of New Jersey opened a new vertical market for meetings and conventions in Atlantic City. We see cannabis as a growing industry, and it will have a significant increase on the overall economic impact of the destination,” said Meet AC’s President and CEO, Larry Sieg. Meet AC focuses on convention development in Atlantic City.

And the idea is nothing new. Then-Democratic Assemblyman Reed Gusciora—who is now Mayor of Trenton—called for Atlantic City’s enormous potential for the cannabis boom in 2016.

Atlantic City reached its peak long ago in the 1930s as a “wet city,” and since then, has succumbed to rapid decline, and casinos are failing. Its population nosedived to half the size when the city was booming.

The potential has been building up for over a year. On February 22, 2021 New Jersey became the fourteenth state to legalize adult-use cannabis.

“The cannabis market in Atlantic City specifically is huge, untapped, and brimming with potential,” NECANN writes.

“With only one major cannabis dispensary in the city. We are beyond excited to see the potential of Atlantic City’s cannabis community become a reality. NECANN prides itself on bringing personalized cannabis expos to fit the local communities and their needs.”

Check local listings for more events which are sure to follow.