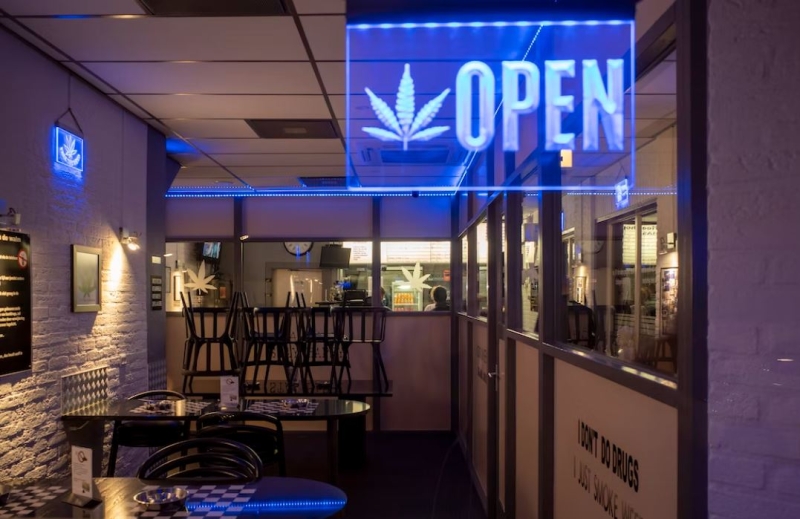 Licensed sales of recreational marijuana began in Detroit on Wednesday, with at least two shops opening for sales of cannabis to adults aged 21 and up.

The House of Dank on Front Street near the city’s border of Lincoln Park, Michigan was the first shop to open its doors to recreational customers, followed by DaCut in the Eden Gardens neighbourhood of Detroit soon after. Both retailers are medical marijuana dispensaries that were recently licensed by the city to sell recreational marijuana, which was legalized in Michigan with the passage of a statewide ballot measure in 2018.

“Going recreational in Detroit is a huge milestone for us,” Crystal Jamo, general manager of House of Dank, told reporters. “Just because we’ve been waiting for it for so long that, like, ‘Pinch me, is it real?’”

Mike DiLaura, general counsel for House of Dank, said that the shop, one of 10 locations in Michigan, received final approval from the state to begin selling recreational marijuana on Tuesday afternoon. The company then began transferring recreational cannabis products from its distribution center and other stores to the newly licensed Front Street location.

“Today and all weekend long, you’re going to see a real explosion of products,” DiLaura said. "That’s what’s really in store for Detroit. There’s so much more variety of products on the recreational side now in Michigan than on the medical side.”

Al Williams, president of DaCut, said that it took about two weeks from the time the shop received its license from the city to receive final approval from the state and begin serving recreational customers. Now that the shop is open, he noted the significance of being able to provide jobs for fellow Detroit residents at a business legally selling marijuana.

“A lot of people that look like me were going to jail for not only consuming it, but for trying to, you know, make a living off of it,” Williams said. “To see it become legalized in the city of Detroit and a whole industry– billion dollar industry– being built from the ground up. It’s amazing.”

Detroit city officials issued the first recreational marijuana dispensary licenses on December 22, more than four years after Michigan voters approved a measure to legalize recreational marijuana. The licenses were issued after a U.S. District Court Judge denied a request to postpone the issuing of cannabis retailer licenses the day before. The judge’s decision was made in a lawsuit challenging Detroit’s licensing regulations, which include provisions to encourage ownership in the regulated marijuana industry by local residents and those harmed by decades of marijuana prohibition.

“Our goal from the day voters approved the sale of adult-use marijuana was to make sure we had a city ordinance and a process in place that provides fair and equitable access to these licenses and the courts have affirmed that we’ve done just that,” Detroit Mayor Mike Duggan said in a statement last month.

The city issued 33 licenses for adult-use cannabis retailers last month. Twenty of the licenses were issued to so-called social equity applicants, including people who live in communities that have been disproportionately impacted by marijuana prohibition policies and those with certified Detroit legacy status who currently live in Detroit or another disproportionately impacted community. The remaining 13 licenses for cannabis retailers issued on Thursday were awarded to non-equity businesses.

A total of 90 applications were received by the city for the 60 adult-use cannabis retailer licenses available in the first round of dispensary licensing, but city officials said that only 33 of the applicants met the requirements for the highly coveted permits. The city also received several licenses for cannabis microbusinesses and consumption lounges, but regulators have not yet issued those types of licenses. Detroit regulators began issuing licenses for cannabis growers and processors in April.

“The recreational marijuana industry has tremendous potential to generate wealth in income for our city, as well as personal and generational wealth for those who participate,” Detroit Deputy Mayor Todd Bettison said in a statement quoted by the Detroit Free Press.

City leaders plan to hold at least two more rounds of retail cannabis dispensary licensing, with the next round opening as soon as this month with city council approval, according to Anthony Zander, director of Detroit’s Department of Civil Rights, Inclusion and Opportunity. The city will award up to 30 additional retail licenses, 20 microbusiness licenses and 20 consumption lounge licenses in the next round of licensing.