5 Things To Make Us Optimistic About Weed In Early 2023 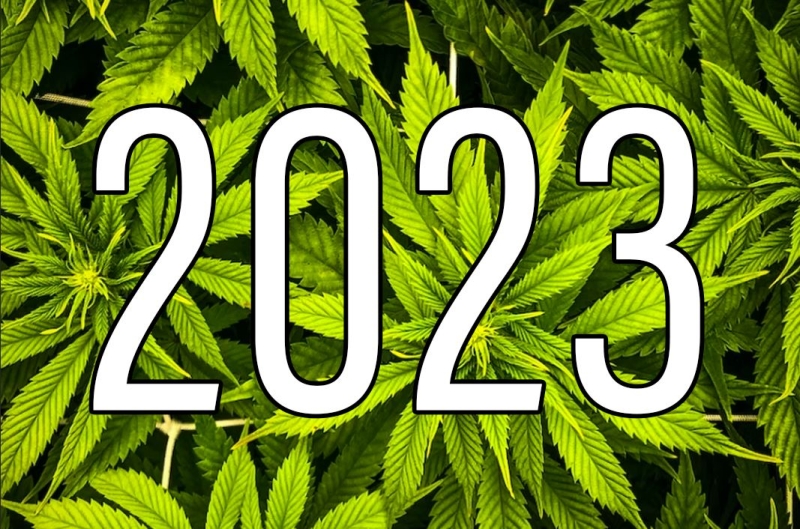 Among other things, Missouri will likely have a fully-functioning, legal adult use marijuana market this year; and proponents continue their push to make Florida another conservative-leaning state with liberal marijuana laws.

As we step into 2023, we are also walking into lots of uncertainty. The state of the world and its economy are on the minds of many, and it can be easy to feel a bit apprehensive about the new year. But though there is some uneasiness about these cloudy prospects in the future, there are also many rays of light piercing through those clouds.

While the start of 2023 has not ushered in the era of federal marijuana legalization as some had hoped, it has certainly started off with some glimmers of optimism. From red states legalizing adult use marijuana, to major ballot initiatives, and even growing support for legalized marijuana, there are all sorts of reasons for cannabis users to be smiling this year. Here are five things to look forward to as we charge forward into 2023.

New York legalized marijuana last year, and now the state has opened the floodgates to allow recreational dispensary purchases, as we have reported. In fact, New York is likely to become one of the top cannabis-selling states very quickly.

In fact, Matt Hawkins, the founder and managing partner of Entourage Effect told The Fresh Toast, “New York recently kicked off its adult-use market, and as the state is expected to become the second largest in terms of sales (after California), the revenue it generates will support broader industry growth for years to come.” So this is exciting news for all cannabis enthusiasts, especially those living in the Northeast.

Florida has a booming medical marijuana market, but a ballot initiative is trying to move the Sunshine State from a medical marijuana state to a recreational one. The ballot measure requires signature collecting and support from the majority of Floridian’s, as it requires a minimum of 891,589 signatures by the start of February, 2024, according Ballotpedia.

According to the ballot’s summary, the amendment “allows adults 21 years or older to possess, purchase, or use marijuana products and marijuana accessories for non-medical personal consumption by smoking, ingestion, or otherwise.”

This proposed amendment aims to take effect in 2024. But in order for that to happen, lots of hard work will have to occur this year. So look to Florida throughout 2023 for new developments as proponents push to make Florida another conservative-leaning state with liberal marijuana laws.

Conservative-leaning Missouri will become the latest red state to sell recreational adult use marijuana. The dispensaries can open their doors as early as February 6, depending on how quickly the establishments obtain approval.

According to the Missouri Department of Health and Senior Services website, “Once approved, comprehensive facilities will be allowed to sell marijuana to patient ID cardholders, primary caregiver ID cardholders and adults over the age of 21.”

There are several steps in the adult use process in Missouri, but by the end of 2023, the state will likely have a fully-functioning, legal adult use marijuana market.

Polling continues to show that Americans are warming up more and more to the idea of legalized marijuana. In fact, some of the latest numbers show almost 90% of Americans believe marijuana should be available in some form.

These numbers show that U.S. citizens have come a long way when it comes to thoughts on marijuana in the mainstream. With more states loosening restrictions each year, marijuana use continues to become more normalized in many aspects of society.

Whispers of a recession have become more common, and many are bracing for a potential economic downturn in 2023. But not all industries are likely to feel the effects of a recession equally. As we have previously reported, marijuana might not be completely recession proof, but it is very resilient, and sales continued to grow even during the pandemic.

Sales as of late are still strong. Kyle Shenfeld, president of Rainbow Realty Group, told The Fresh Toast, “Our clients saw a steady boost in sales during the holiday season and we expect continued growth in the new year.” So while tough economic times might still lie ahead, marijuana sales are likely to remain strong for now.