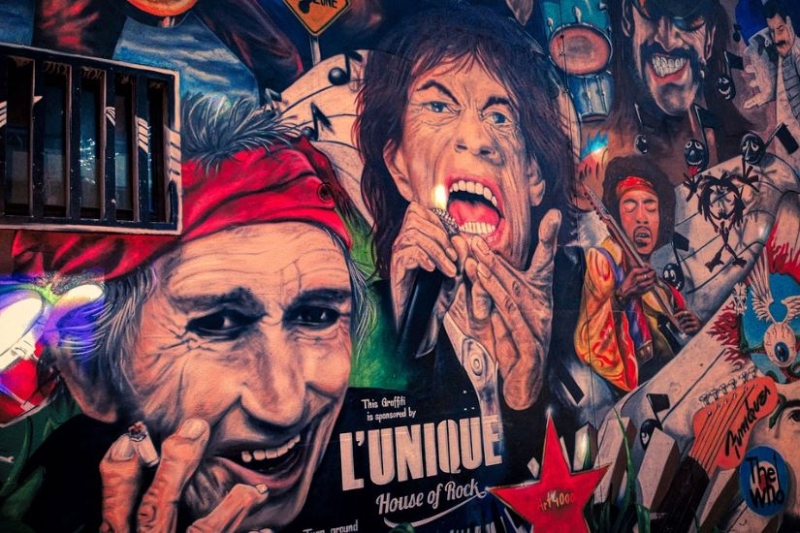 From kava to green Maeng Da powder, musicians use plant-based substances to relieve anxiety and awaken their imagination. Cannabis is another oft-used herb, so much so that it inspired some of the best stoner rock albums.

Even before this genre exploded, hard rockers indulged in weed to produce music. Doing so led to some of their greatest works, unique lifestyle choices, and political attitudes. Today, you learn about nine legends who blaze and how the plant has influenced their art.

Phil Anselmo
Pantera’s Phil Anselmo believes “creating music with pot is the way to go.” He uses marijuana to spark creativity and deal with chronic back pain. A puff helps him focus, branch out, and produce incredible songs with several bands.

Cannabis has been a significant source of inspiration for Anselmo since he was a teenager. He authored the stoner metal anthem ”Bury Me in Smoke” and the epic Pantera line “Your trust is in whiskey, weed, and Slayer.” His appearance on the Waka Weed TV show cemented his status as a pothead.

Sebastian Bach
Cannabis and the music industry go hand in hand, and Sebastian Bach learned that first-hand. According to Skid Row’s frontman, Van Halen’s David Lee Roth taught him how to toke when he first entered the scene.

Bach also appeared on several Trailer Park Boys episodes and got high on camera. He’s vocal about legalization on Twitter and mainstream media, tearing down reactionary takes with witty one-liners. He and his wife recently began promoting medical marijuana, too.

Robert Plant
Led Zeppelin’s Robert Plant is an old-school marijuana enthusiast. He campaigned to legalize in 1967 and wrote “Misty Mountain Hop” after an experience with weed in a public park. His recent tour with Willie Nelson shows that his preferences haven’t changed with age.

Plant authored shining examples of weed rock. Think about the 1990 Manic Nirvana album and “I live for my dream and a pocketful of gold. Acapulco Gold” line. He’s still active in music, reportedly recording a new album with Saving Grace.

Shavo Odadjian
System of a Down’s Shavo Odadjian considers himself a cannabis connoisseur. After 25 years of active weed smoking, he turned it into a career. He and a childhood friend launched 22Red, a company selling premium marijuana products.

Odadjian said he wanted “something that makes you feel good and tastes good” and that he sees marijuana as a lifestyle. He incorporates it into his music, habits, and relationships. He’s also an advocate, with titles like “Prison Song” screaming against the injustices of the American legal system.

Steven Tyler
Aerosmith’s Steven Tyler sang “Reefer Head Woman,” one of the finest hard rock songs about weed. According to an interview, he’s been getting high since he was 16. “I don’t think there were any bands that even knew what sober was,” he said while recalling his early career.

Tyler has been in and out of rehab centers since the 1980s and eventually got sober. After controlling his addiction, he returned to marijuana. He’s now a paragon of responsible consumption, lighting up to relax rather than getting sky-high.

Al Cisneros
Sleep’s Al Cisneros is the vocalist of some of the best stoner rock albums. Holy Mountain and Dopesmoker are sleepy praises of the band’s favorite backstage pastime. According to the musician, his early influences were “the first four Black Sabbath albums and lots of marijuana.”

Mike Kerr
Royal Blood’s Mike Kerr is a recent addition to the hard rock scene. His claim to fame includes Foo Fighters and a fat blunt. He fondly recalls getting high on tour, going on stage “absolutely obliterated,” and having the time of his life.

Kerr has been open about his status as a toking musician, which also shows in his music. The songs have hints of psychedelic, garage, and stoner rock. Royal Blood now promotes the trippy genre in England and internationally.

Mick Jagger
The Rolling Stones’ Mick Jagger thinks all drugs should get legalized. He’s seen the good and the bad they can do during his long and illustrious music career. As a 79-year-old, he believes humans have a propensity for mind-altering substances and should do as they please.

Jagger’s music is also a homage to a drug-fueled lifestyle. Notably, “Lady Jane” is among the iconic rock songs about weed (and possibly amphetamine). The vocalist is to return to touring and continue sharing the love.

David Draiman
Disturbed’s David Draiman is an old-school toker who attributes his well-being to marijuana. He has a long history with the herb, which has always helped him find balance. He has a busy and intense mind, and his creative process massively benefits from a blunt.

Draiman said, “95 percent of the music [he’s] written was written under the influence of cannabis.” This fact shows in the catchy chorus of “Fire It Up,” the ode to marijuana-induced serenity.

Rocking and Toking
Our list of rock stars who smoke pot is long but not exhaustive. Marijuana has always had a special significance for rebels and counter-cultural icons in the music industry. As it becomes legal and accepted, we expect it to inspire new genres, songs, and personalities.

Why not try natural substances to honor your favorite musicians? Learn their favorite, buy weed or kratom, and indulge like the legends.