What happens if you feed hemp to dairy cows? 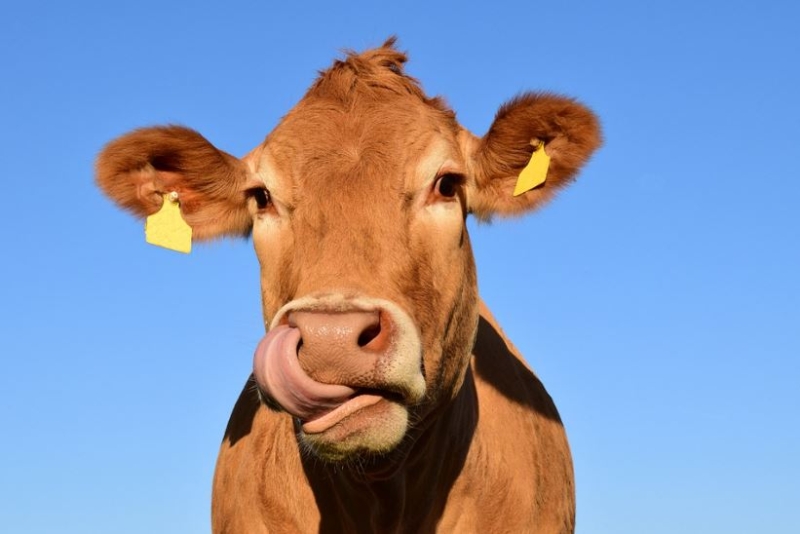 Study finds feed with a high concentration of cannabinoids can lead to behavioural changes.

A research team out of Germany has investigated the consequences of feeding hemp to dairy cows.

The team notes that hemp is experiencing a renaissance, fuelled in part by the interest in CBD. The study, published in Nature Food, found that feeding cows hemp with a high concentration of cannabinoids led to behavioural changes and health problems.

Among them, the cows became sleepy and unsteady on thier feet. They also ate less and produced less milk, according to researchers.

They also discovered that consuming even small amounts of hemp led by trace amounts of THC being detected in the milk.

Michael Kleinhenz, a veterinarian at Kansas State University, called the findings important as there was previously “no data to know to what extent cannabinoids entered the milk of dairy cows,” he said in an interview with New Scientist.

The study, which began more than 10 years ago, was carried out on ten dairy cows, with the cannabinoid content measured in milk, blood plasma and feces.

The cows were fed hemp with both high and low concentraionts of cannabinoids. The low potency feed had no measurable health consequences after cows ate up to 920 grams of it. The higher potency hemp, which the cows ate in measurements between 850 and 1680 grams, was made from leaves, flowers and stems and conainted about 0.12 per cent THC.

After consuming this feed, the “behaviour of the animals changed significantly,” according to researchers.

“From the second day on, the cows ate less and gave less milk. Respiratory rate and heart rate decreased. There was also increased salivation, tongue play and reddening of the nictitating membrane in the eye,” they wrote.

THC and other cannabinoids were also detected in the milk shortly after the cows began consuming the higher potency hemp feed.

The levels of THC that were recorded in the milk exceeded the consumption limits set by food safety regulators in Europe, in some cases. Researchers also said it’s unclear if the THC is what led to the decrease in milk production or if another cannaboind is responsible.

The question of whether or not THC could find its way to humans through milk is important consideration for American hemp growers, who are left with tons of hemp biomass once cannabinoid compounds, oike CBD, have been extracted, reports The New York Times.

“Hemp is a very versatile and valuable crop, but we have to be careful when considering whether to feed it to food-producing animals,” Dr. Robert Pieper, a lead author of the study, told the Times.

Earlier this year, researchers out of Oregon State University conducted a study to determine if feeding hemp biomass to lambs would lead to any detrimental effects for the animal or the quality of its meat.

The 35 male lambs were fed hemp biomass in differing amounts over a four week period, before a four week “withdrawal” period were no hemp was included in the feed.

They found that the hemp feed had a nutritive quality similar to alfalfa with “no mycotoxin, terpenes or organic residuals as a result of the extraction process.” They also found the hemp feed had no affect on blood parameters related to liver health, kidney function, immune status and inflammation. The quality of the meat was also unaffected.

In August, during an industry rountdabe officials with the U.S. Food and Drug Administration (FDA) said that more research is needed regarding hemp-based feed ingredients and the possible affects animal products intended for human consumption, reports Feed Stratey.