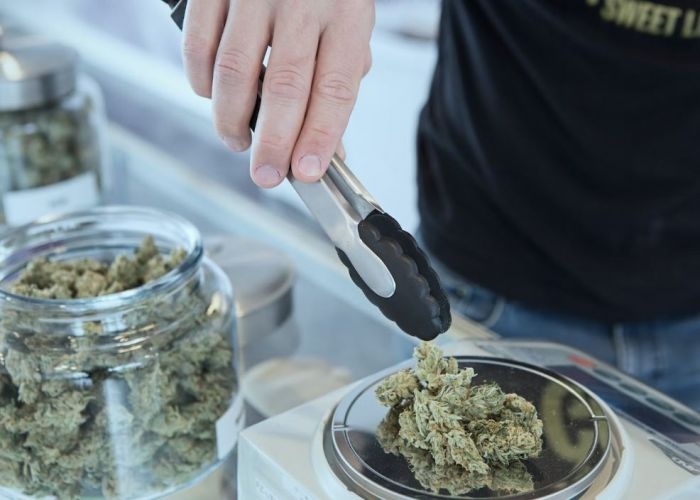 PORTLAND - Maine delivered an October surprise to medical marijuana providers with guidance limiting the sale of pre-rolled marijuana and liquid concentrates by treating them like tobacco.

The guidance caused an outcry because pre-rolled products and liquid concentrates for vaping are among the most popular — and profitable — cannabis products sold in medical and adult recreational stores.

A spokesperson for the Department of Administrative and Financial Services said the guidance doesn't reflect a change in policy or rules. She said the guidance was simply issued to answer questions that had been raised by some medical cannabis providers and registrants.

The guidance "outlining the current state law for registrants and licensees" is aimed at eliminating confusion, Sharon Huntley said.

But Arleigh Kraus, who grows medical marijuana and produces pre-roll products, said state law requires legislators to be consulted on rule changes. She also said it makes no sense to treat marijuana like tobacco, and that small business owners are worried about being penalized for running afoul of the rules.

"It's confusing, it's scary and it's nonsensical," said Kraus, who's a member of the Maine Marijuana Commission, an advisory panel.

The guidance was issued by Maine OCP Director Erik Gundersen on his last day before leaving to launch a marijuana consulting business. He declined comment and referred questions back to the state.

It applies to stores regulated under adult recreational rules as well as medical marijuana caregivers.

But the change won't have an impact on adult recreational-use retailers because they're already licensed for tobacco and there's already an age limit of 21 for purchases, said Brandon Pollock, CEO of Theory Wellness, which operates four locations from Kittery to Bangor.

Hickman said the rules are contrary to the will of Maine people and he urged the OCP to retract the latest guidance. He said lawmakers should have had a say.

Medical marijuana caregivers are confused about the guidance and worried about being arrested for violations, Hickman said.

"Let medical cannabis caregivers go into the winter without more fear and anxiety that they are going to lose their shirts or be fined and imprisoned for conduct explicitly authorized under current statute," he wrote in a letter to the state agency dated Tuesday.