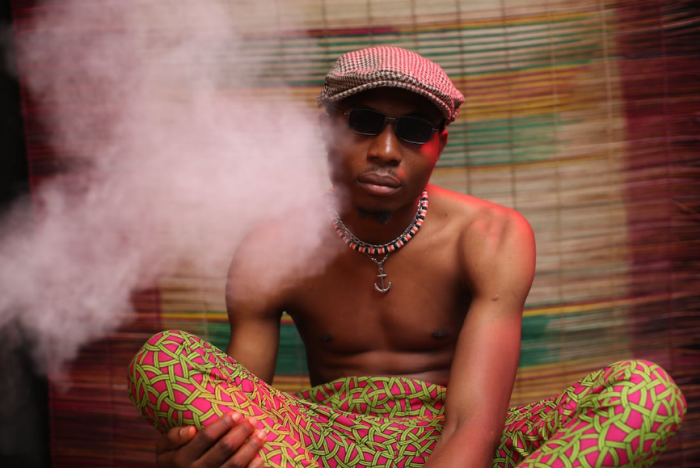 Contrary to popular belief, cannabis can actually make some people “less cool,” according to researchers at Harvard Community College.

A new report released Thursday from Harvard Community College in Santa Monica, California concludes that smoking cannabis does not make the consumer “cool.” In fact, depending on one’s income, environment, hygiene, and IQ, it can actually make them “less cool.”

The study consisted of 374 test subjects, ranging from ages 12 to 99, who all claimed to smoke cannabis on a regular basis (3+ times a week). They were asked a series of questions including “Why do you smoke?”; “What employable skills do you have?”; and “When was the last time you flossed?” Subjects were also asked to bring in photos of their homes for the researchers to assess.

Dr. Wallaby Frank, lead scientist of the study, told High Times, “The idea came to me while watching Dazed and Confused. Matthew McConaughey’s character says, ‘Say, man, you got a joint?’ to which Mitch responds, ‘No, not on me, man.’ And then at that point, McConaughey says, ‘It’d be a lot cooler if you did.’

“I thought to myself, shouldn’t Matthew McConaughey, who is the epitome of cool, have a joint on him already? So I became wildly fascinated with the idea of ‘cool’ and what it actually meant, specifically in relation to cannabis.”

The process itself was quite simple: Frank and his team of four other professors interviewed the subjects and judged them based on their answers (and overall appearance during the interview).

“Anyone who said they smoke because it’s cool was immediately deemed ‘uncool,’” Frank said. “We also put a big fat red stamp on everyone under the age of 18, because you’re a kid and barely have a brain to begin with.”

Other tell-tale signs of “uncoolness” associated with cannabis consumption include, but are not limited to, making less than $35,000 a year; being more than $10,000 in debt (excluding mortgage); the inability to play the piano; never having traveled outside of one’s country of birth, a diet 60% or more dependent on processed foods; tipping less than 20%; sweaty palms; shaky knees; deciding to start an entire social media account dedicated to guns and weed, guns and shrooms, weed and shrooms (for noneducational purposes only), shrooms and coke, weed and coke, coke and pills, so on and so forth.

“Many people assume that they’re automatically cool just because they consume marijuana,” Jill-Rose Neemoy, another researcher involved in the study said, “but in reality, this is untrue … Do you know who also smokes weed? Narcs.”

Those considered “cool” shared common traits such as punctuality; dark humor (one participant, when asked why she smoked, replied: “Life’s a bitch and then you die”); a true passion for the plant, with all sorts of factoids on cannabinoids, classification, and the industry as a whole.

“This was an incredibly difficult study to measure,” Frank told High Times. “Someone would come in wearing designer clothes, reeking of weed, you know, with a big smile on his face, and my colleagues and I would all be in agreement, oh this guy’s cool… But then we’d ask him a simple question like, ‘When did World War I begin?’ and he’d have no idea, which of course, made him less cool.

“But on the flip side of that,” Frank continued, “someone else would come in dressed like a hippie, with no shoes on and sticks in his beard, but then he’d get to talking about theoretical statistics, free jazz, and endocrinology. By the end, I’d be sitting there wondering who was actually conducting the study, me or him?”

The results were split 50/50; however, the researchers were not satisfied with this conclusion so Dr. Wallaby Frank decided to include himself as the 375th participant.

“[Dr. Frank] is an amazing human,” Neemoy said. “He gets paid more than us, which is cool. We saw photos of his condo, very clean and organized. He’s smart, funny. But in the end, we decided to label him as uncool, simply because judging people based on appearance and whether or not they know when World War I began is probably one of the least cool things you could do.

“To be fair,” Neemoy continued, “Dr. Frank was in total agreement, and had the rest of us participated in the study, we would have found ourselves in the same category.”