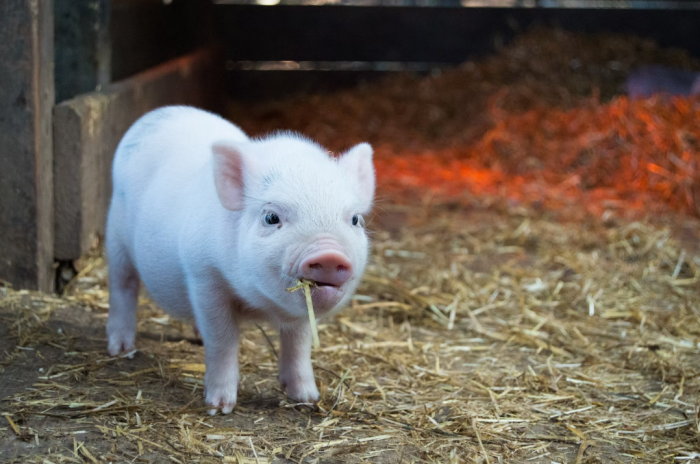 Apparently conservative Justice Neil Gorsuch isn’t a fan of the Dormant Commerce Clause and used the pork case as a way to challenge it.

Could an issue over pigs affect the entire cannabis industry? It may seem like an odd connection, but it could be the Dormant Commerce Clause that brings these disparate industries together.

The Dormant Commerce Clause is known for its effect on interstate commerce, an issue that has vexed states wanting to create residency requirements for cannabis licensing. It could also single-handedly take down social equity efforts within the states.

What Is the Dormant Commerce Clause?

According to Wikipedia, the Dormant Commerce Clause (DCC) is used to prohibit state legislation that discriminates against, or unduly burdens, interstate, or international commerce. The general idea is that interstate commerce should be decided as a Federal issue versus a state issue.

Justice Anthony Kennedy wrote that: “The central rationale for the rule against discrimination is to prohibit state or municipal laws whose object is local economic protectionism, laws that would excite those jealousies and retaliatory measures the Constitution was designed to prevent.”

This seems to be the heart of the DCC: protecting local economies at the expense of other states. The term “burden” enters the picture when a state enacts a law that protects itself but hurts someone in another state.

But who decides what the burden is? The courts.

A case about cantaloupes in Arizona, Pike vs. Bruce Church, set the stage for the general interpretation of the DCC. That case dates back to 1970. Church grew cantaloupes in Arizona but shipped them to California for packing. Arizona wanted Church to pack them in Arizona and slap an Arizona label on the fruit. It would’ve cost the farmer $200,000 to pack the fruit (valued at $700,000) in Arizona, and thus the state law was considered a burden. Arizona lost its case because of the burden imposed on the cantaloupe farmer.

How the DCC Is Used in Cannabis

Since cannabis is federally illegal, many states that legalized medical and adult-use cannabis decided to limit license holders to residents. This seemed like a logical approach.

For example, when Colorado became one of the first states to legalize and regulate adult-use cannabis there was a requirement to live in the state. This caused a boom in the creation of the industry, and caused numerous people to move to the state in order to get into the cannabis industry.

However, recently several states, such as Maine, have lost this requirement in courts. The reason most cited is the Dormant Commerce Clause. Even though cannabis is federally illegal, it was decided that cannabis could still be recognized under federal laws.

New York is the next target for this claim, as Green Market Report reported. In that case, a Michigander is suing the state about its requirement for residency to get a license during the initial phase that is focused on social equity applicants.

Bring in the Pigs

Here’s where the pig story comes in. Recently, the Supreme Court heard a case from California on an animal welfare initiative. California’s Proposition 12 wants to ban in-state sales of pork from pigs born to mothers confined in small spaces. Currently, the state gets 99% of its pork from other states, and those pig farmers say they are the ones that will have to pay the price for this law. They argue it violates the doctrine.

Apparently conservative Justice Neil Gorsuch isn’t a fan of the Dormant Commerce Clause and used the pork case as a way to challenge it.

Law 360 also said that Justice Brett Kavanaugh at least seemed to entertain the idea of abandoning the doctrine.

“To the extent we have historically overinterpreted the commerce clause … you couldn’t correct that without correcting also a historical underinterpretation perhaps of the export/import clause and the privileges and immunities clause,” Justice Kavanaugh said.

The pork producers’ attorney, Timothy S. Bishop of Mayer Brown LLP, agreed and said it was “too late” to do so.

“There are very few so deeply entrenched principles in American constitutional law as the dormant commerce clause going back to Cooley, and it serves a very important function,” Bishop said.

Bishop was referencing the 1851 decision in Cooley v. Board of Wardens that recognized a limit on a state’s ability to regulate national commerce.

According to Law 360, the stakes of the case are not simply fodder for academics. Upholding California’s attempt to dictate the farm conditions for out-of-state pigs would undermine the principles of the Dormant Commerce Clause and could lead states to target one another with burdensome regulations.

So far, the Supreme Court has only talked amongst themselves about the DCC.

“Until there are conflicting decisions on the DCC, the Supreme Court probably won’t take it on,” said Michael Schwamm of Duane Morris, a legal firm that has a cannabis specialty.

In other words, if New York were to win its case requiring residency for a cannabis license while Maine lost its case, that could spark interest in tweaking the DCC.

This group of justices has shown in other cases that some things that were considered settled law apparently aren’t.

The other argument for the DCC in cannabis, aside from residency requirements, is that some markets want to be able to transport cannabis across state lines. They argue this will make operating a company more efficient. Instead of duplicative operations in multiple states, companies could streamline their operations. For example, they could grow the cannabis in a cheaper state and truck it in.

Companies in states where oversupply is the problem really want this option, and MSOs that have grown to be huge operations would love to consolidate various parts of the chain.

The people most against this idea are states that have invested a great deal in developing the industry in distressed areas. Losing jobs and commerce to a cheaper cannabis production state is not an attractive option. A small craft farmer might not be able to compete price-wise with a corporate farm from California.

Take New York for example. Cultivation facilities have popped up in depressed areas, and farmers have gotten excited about the crop because they think they will get to supply a state where demand is expected to be huge. If interstate commerce is allowed, cheaper cannabis brought in from Oregon could undercut those farmers.

On the other hand, a smaller state like Vermont would love to have interstate commerce as an option to sell way more than its residents can consume.

Toss out the DCC or carve out waivers and some states could continue to enjoy home-grown cannabis. Otherwise, much of that in-state investment goes up in smoke.

The next issue to consider is whether DCC effectively kills social equity clauses. If state residency can’t hold up to DCC, how can social equity licenses be held up?

It’s the same philosophy. A state can’t carve out certain recipients for the licenses, which would mean the programming in New York for previously incarcerated cannabis offenders can’t get that special help. All of the attempts to help give back to those hurt by the war on drugs is a bust.

In other words, those cheering for interstate commerce could be hurting social equity applicants if they are successful.

Looking into the crystal ball, it’s a big stretch to think that the Supreme Court could push back on the DCC –  or is it? Many thought Roe vs. Wade was settled law, and the Justices shot that down.

Could the DCC get tweaked instead? Could the definition of burden get tightened up? Could cannabis be allowed to remain single-state operations or will DCC end that? Will interstate commerce win out over social equity efforts?

The pigs may forecast what’s in store for cannabis.