From atheist churches to finding healing in the ‘Sacred Flower of Cannabis,’ spiritual but not religious Americans are finding new ways of pursuing meaning 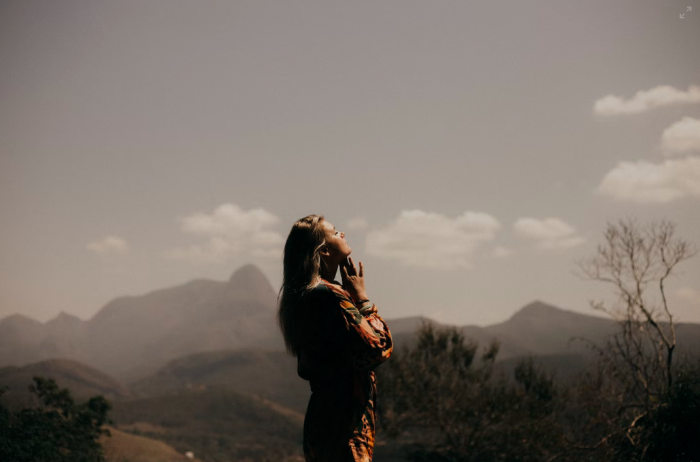 Some find refuge in secularized churches that combine alternative rituals, such as the use of cannabis, with various humanist, ethical and spiritual orientations.

According to a recent Pew Center report, American Christianity remains in a nearly three-decade decline.

Responding as “none” or “unaffiliated” on religious surveys, people increasingly identify as humanists, atheists, agnostics or simply spiritual. If current trends continue, by 2070 Christianity may no longer be the dominant expression of religion in the United States.

As a scholar who studies alternative spirituality and new religious movements in the U.S., I believe the reality of America’s diverse religious and spiritual landscape is more complex than often presented.​​

The nones — or those claiming no particular religious affiliation — range from atheists to individuals searching for spiritual answers outside traditional religious groups. This last group commonly identifies as spiritual, but not religious, or SBNR. Dissatisfied with traditional religion, these individuals think about spirituality in a more secular way, as representing their pursuit of meaning, healing, purpose and belonging.

The many expressions of spirituality

In her study of multiple SBNR identities, theologian Linda Mercadante found that the turn away from organized religion does not necessarily come at the expense of faith, ritual or practice. For “post-Christianity” seekers, Mercadante stresses how spiritual fulfillment moves from “religious and civic institutions to ‘gathering places.’”

Many turn to practices appropriated from different religious contexts. Mindfulness and yoga, in particular, have emerged as popular alternatives for seeking spiritual, psychological and physical healing.

These practices point to the growing connection between spirituality and health. Twelve-step meetings for addiction recovery and contemporary medicine, for example, emphasize the need to balance spirit and body for wellness.

Several nonreligious practices create opportunities to explore spirituality beyond religious affiliation. People find a sense of belonging through the internet and social media. Others turn to self-help literature or elements of popular culture.

Accordingly, some scholars, such as religious studies professor Robert Fuller, have stressed the “unchurched” nature of the SBNR.

At the same time, the continued desire to find meaning and connection has led to the development of secular, spiritual and atheist churches. Although almost universally understood as physical spaces for religious practice, the rise of nonreligious churches demonstrates the benefits and shared opportunities many nones and SBNR people associate with the experience of “going to church.”

Emerging over the past decade, and although still small in scale, secular and atheist churches indicate how changes in religious affiliation do not necessarily include a rejection of the communal structures that provide avenues for spiritual rejuvenation.

Atheist churches that include secular rituals have been showing an increase.

The Seattle Atheist Church, for example, positions itself as “a place where atheists come together” to address big questions and “celebrate meaningful life events with atheist rituals.”

Founded in 2015, the church offers weekly Sunday meetings for a couple dozen participants who share in leading sermons in relation to their commitment to secular humanism, a nonreligious worldview that rejects belief in the supernatural.

Similarly, Sunday Assembly Detroit seeks to “help everyone live life as fully as possible.” One of 70 chapters spread across eight different countries, the Sunday Assembly was founded by comedians Sanderson Jones and Pippa Evans in 2013. Their motto was “Live Better, Help Often, Wonder More.”

Others find refuge in secularized churches that combine alternative rituals, such as the use of cannabis, with various humanist, ethical and spiritual orientations.

Identifying as Elevationists, members of the International Church of Cannabis in Denver, Colorado, for example, come together through the ritual sharing of cannabis, or what they call “the sacred flower.”

This sharing, they say, helps them “reveal the best version of self.” It also aids in discovering “a creative voice” that can help enrich the community “with the fruits of that creativity.”

These “fruits” often manifest as charitable projects, including street cleaning and an outreach initiative to feed and clothe Denver’s homeless population.

Such an approach does not deny members who might still hold religious beliefs, but, rather, focuses attention away from the supernatural toward self-improvement.

Similarly, members of the nondenominational First Church of Logic and Reason, based in Lansing, Michigan, elevate cannabis as a spiritual and therapeutic element. The church’s ritual use of cannabis offers a way to heal and find a sense of belonging for those disenchanted with traditional religion.

Additionally, digital opportunities have emerged as a vital site for cultivating spirituality. For those disillusioned with traditional religion, digital technologies, apps and online options offer new avenues to engage with secular and alternative forms of spiritual practice.

Reiki finds a robust community of virtual practitioners, and mindfulness can be cultivated across a host of meditation apps.

Shifts away from traditional religious membership doesn’t simply mean Americans are rejecting religion. Rather, they are exploring an ever-evolving spectrum of spirituality.