Conflicts between state, federal drug laws cause confusion over Medical Marijuana in Alabama 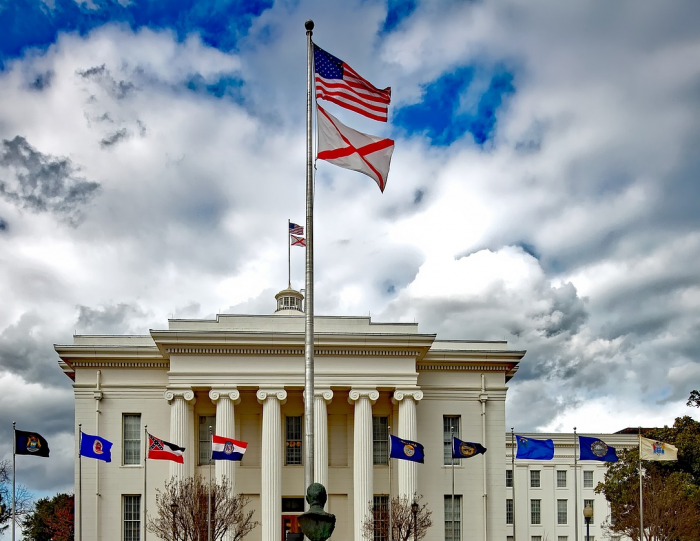 Applications for medical cannabis licenses are scheduled to be sent out today, but it may still be months before the first products hit dispensary shelves in Alabama.

Meanwhile, marijuana remains classified as an illegal narcotic in the eyes of the federal government, whether it's bought illicitly off the streets or recommended by a doctor.

So far, 39 states have legalized the use of marijuana for medicinal purposes, and the federal government has mostly looked the other way. Yet there exists a tension between state and federal laws concerning the drug, and it has led to confusion among lawmakers and enforcers over how the new Alabama law will work on a practical, day-to-day basis.

"Right now, there is no such thing as a prescription for marijuana," State Sen. Larry Stutts (R-Tuscumbia) said. "By the FDA guidelines, marijuana is still listed as a [schedule] 1 narcotic… which is in the same category as heroin; no known medical benefits and can be used only in research."

Stutts said doctors would only be able to recommend medical cannabis for patients, not prescribe it like other medicines due to Food and Drug Administration's guidelines.

"Drug stores won't be stocking it, pharmacists can't dispense it, and physicians can't write a prescription for it," he said. "The deal is, on the federal level, they have just chosen not to enforce that rule in other states, so I'm sure Alabama will not be an exception."

Stutts said, during the drafting of the bill, he asked how having a medical cannabis card might impact‌ other rights.

"I think there's a lot of unanswered questions," Stutts said. "I'm sure the federal authorities will turn a blind eye to it just as they have in other states."

While the federal government has mostly "turned a blind eye" to states operating medical marijuana programs, that hasn't always been the case. During President George W. Bush's administration, federal agents raided several medical cannabis distributors for allegedly violating federal law, though they appeared to comply with state law. President Barack Obama's Department of Justice under Attorney General Eric Holder vowed in 2009 to stop those raids, according to the New York Times.

Still, states have to be careful not to run afoul with certain federal drug laws. For example, Alabama Medical Cannabis Commissioner John McMillan said in a recent interview that all medical marijuana dispensaries would be cash-only due to federal banking laws.

When it comes to complying with federal laws, State Rep. Mike Ball (R-Madison) described it as a moving target.

Ball said the federal government has "stubbornly" kept cannabis listed as schedule 1 "in the face of scientific evidence to the contrary." He also said that could change "at any time" and that the U.S. Congress has for years included a special provision in its budget to defer to states that allow medical cannabis.

"The lines between federal and state are and always have been blurred," Ball said. "Most of the time, in practice, the feds will say one thing, the states will do another … There's these gray areas in the law where there's discretion. So whoever's in power … they might drop the hammer on stuff their political base don't like.

"Lady justice is supposed to be blind, but she peeks out from the blindfold a lot," he continued. "... The federal government – they pick and choose what they enforce on a local level … If they're targeting individuals instead of enforcing the law, they can generally find a way to get anybody they want. It's not just feds; states can do it."

Marshall County Sheriff Phil Sims is already anticipating issues with the new medical marijuana law, but he's less worried about federal intervention than he is about making sure his deputies know what to look out for.

"People say, 'Well, it's against federal law.' Well, it may be. Get me a federal agent down here to do the arrest and see how that works out. You aren't going to get one," Sims told 1819 News.

He said he's concerned with people trying to get away with using non-approved forms of cannabis, citing a physician's recommendation.

"If we find somebody who's got a plant-based marijuana like a dime sack or quarter bag or something like that, and they try to throw that medical marijuana card out, the medical marijuana card will not cover you having — when I say plant-based I mean like regular weed, like a bud, the smokeable kind," he said. "It is not going to cover that, and I think that's where we're going to have a lot of confusion."

Sims said there wouldn't be any issues if the person pulled over by a deputy had a medical marijuana card as well as some medicinal cannabis in their possession as long as it is in an approved form and sealed container, even if there are other people without a card in a vehicle.

"As long as it's in an approved form that the prescription covers, they're going to be fine even if they're in a car with other people."

When asked about issuing gun permits, Sims said it was less clear on how he should handle that from a legal standpoint.

"You're asking a good question a lot of sheriffs have asked: If somebody has a medical marijuana card and they apply for a permit, do we give them a permit, or do we deny it?" Sims said. "Nobody's given us a straight answer yet."

He said the sheriff's office approves gun permits based on state law, and he has the right to deny an applicant if they've ever been convicted of a federal offense.

"Certainly, if they're convicted of a federal offense, we do have the ability to deny a gun permit. But they're not convicted," he said.

Regardless, since Alabama is a "shall issue" state, Sims said he couldn't see how a legal medical marijuana user could be denied a gun permit if they were otherwise a law-abiding citizen.

"If somebody applied for a permit at my office, and I know or find out they have a prescription card for marijuana, and they have never been arrested or anything like that, I'm going to approve the permit," he said.

Sims said he hopes to receive more guidance on law enforcement procedures regarding the new law before products become available.

"We've got to get educated as law enforcement. They're going to have to educate us on what to look for, what is acceptable, what's legal, and nobody's done that yet," he said. "I've talked to a few other sheriffs. The ones I've talked to, we're all on the same page. We're kind of learning as we go. Hopefully, somebody will offer us some training about what this really means."