Biden’s Focus on Marijuana Is Part of the Problem 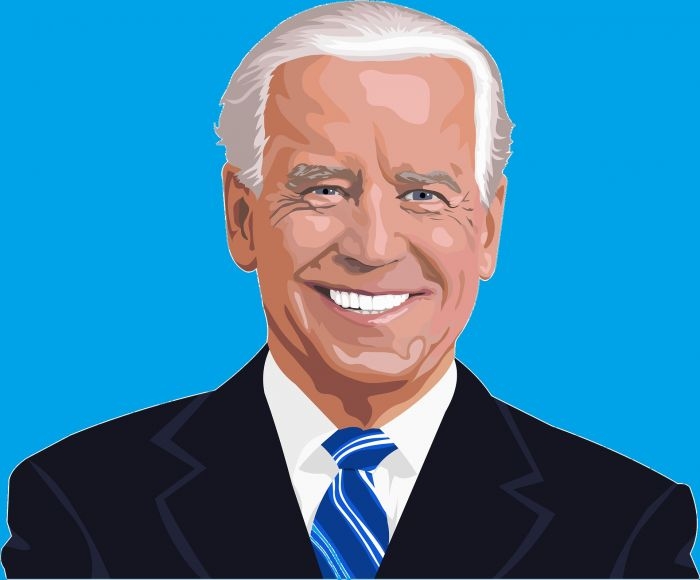 Earlier this month, President Joe Biden released a three-prong plan to fulfill a campaign promise to roll back punishments for people convicted of marijuana possession.

He pledged to pardon everyone convicted in federal or Washington, DC courts of simple marijuana possession; encouraged governors to do the same for those convicted in state courts; and he promised he would ask his Secretary of Health and Human Services to examine rescheduling marijuana under the Controlled Substances Act

As many were quick to note, the plan’s immediate impact will likely be slight, at best. No one is in federal prison on marijuana possession charges, and though the White House said perhaps 6,500 people may have marijuana convictions pardoned, the plan will have little effect for those who also have any state conviction or any other federal conviction. Rescheduling may lead to some improvements in how we treat marijuana, but cocaine and methamphetamine are among the drugs in Schedule II, and both are still subjected to heavy criminalization.

Nor is it likely that marijuana pardons will prove a gateway policy to the broader use of mass pardons and commutations, a practice that was more widespread in the past but has fallen into almost complete disuse. The most likely issue to follow the Biden plan would be relief for elderly people serving life sentences, but the effectiveness with which Dr. Mehmet Oz is attacking Lt. Gov. John Fetterman on his tenure as chair of the Pennsylvania pardon board suggests that clemency has nowhere near the popular support of marijuana policy.

A bigger concern, though, is not just that the policy might accomplish very little, but that it might make things worse for criminal legal reform in the long run because it reinforces a false narrative about the causes of mass punishment in general and mass incarceration in particular. It’s a narrative that shapes—or, better put, misshapes—policy.

Most Americans are deeply misinformed about why people are in prison. A survey in 2017 found that solid majorities across the ideological spectrum agreed with the claim that a majority of people in U.S. prisons are there for drug crimes. That’s a far cry from reality: 14 percent of people in state prisons were locked up for drug offenses at the time, a number that has fallen since then. (Those held in state prisons make up 90 percent of the nation’s incarcerated population.) This misbelief likely contributed to the next two results from that survey: while majorities of liberals, moderates, and conservatives favored lesser sanctions for those convicted of non-violent crimes who posed little risk of reoffending, majorities of all three groups also opposed lesser sanctions for those convicted of violence who likewise pose little risk of reoffending.

We think we can decarcerate with easy choices. We cannot.

If we released everyone held in state prisons convicted not just of marijuana crimes, nor just of drug offenses, but of all non-violent offenses combined, we would still have one of the world’s highest incarceration rates. Unsurprisingly, this means that violent crimes are also at the heart of racial disparities in U.S. prison populations, as a recent study by the Council on Criminal Justice made clear.

Yet reforms continue to refuse to grapple with this reality. A 2020 report by the Prison Policy Initiative found nearly 100 state reforms in recent years that had explicitly refused to extend the changes to those convicted of violence.

In some cases, the tradeoff between non-violent and violent crimes is explicit. In 2016, Maryland’s Democratic legislature scaled back sanctions for non-violent crimes, but also increased punishment for violent offenses. And just recently, California Gov. Gavin Newsom vetoed a bill to limit the use of solitary confinement, long viewed by behavioral scientists as torture, an indication of the lack of stomach for deeper reforms even among so-called progressive state leaders.

The inability to discuss crimes of violence remains clear in our current politics. Oz’s attacks on Fetterman on crime are now echoed in Wisconsin, where Republican Sen. Ron Johnson says Democratic challenger Mandela Barnes demonstrated “far greater sympathy for the criminal or criminals versus law enforcement or the victims.” Anecdotal attacks about violent crime have already caused two different New York governors to roll back the state’s 2020 bail reform law, before it was even possible to assess its impact. Even with new evidence suggesting reform did not contribute much if anything to rising crime in 2020, further rollbacks loom for 2023. And Virginia recently amended a law that expanded the ability of people in prison to earn good time credits to expressly exclude those who were serving time for any crime of violence.

Meanwhile, as state prison populations fell nationwide by 15 percent from 2010 to 2019, Bureau of Justice Statistics data suggests that the number of people locked up for violence fell by just 1 percent; a separate analysis of the BJS data conducted by the Council on Criminal Justice estimated that the numbers confined for violence actually rose over that time, undermining the declines in drug and property cases.

Talking exclusively about drugs does little in the short-run and reinforces a narrative that appears to affirmatively undermine the sorts of difficult discussions we need to have about the ways we respond to violence. There are things that Biden could have done, or at least done at the same time, that could have taken advantage of his bully pulpit.

He could have encouraged state and local governments to think about alternative ways to address not just crime, but serious violence. Biden’s August 2022 Safer America Plan did include some funding for just this but that part of the plan was always secondary to the push to hire more police; it was even framed merely as a way to free up the police to focus more on violence.

He could have also pushed for states to do things like adopt Medicaid Expansion, which one study found has led to $14 billion reductions in crime costs, mostly due to drug treatment.

He could have announced a push for a repeal of the PLRA or AEDPA, two Clinton era laws that continue to impose real costs on people held in prison or challenging potentially wrongful convictions. Or, he could have pushed harder to amend the federal code to eliminate qualified immunity for police, or pushed state legislatures to pass such bills, about 35 of which have been proposed in the aftermath of George Floyd’s murder only to almost all be thwarted by police union lobbying. Such an approach could help improve police-community relations, which in turn could help address the single biggest challenge we face in reducing violence: the general unwillingness of victims of violence to contact the police.

It’s true that these are long-shot proposals. But short of pardoning every single person in federal prison—an impossibility—nothing any president does will have a significant impact on the size and reach of a criminal legal system that is almost entirely driven by local politics, policies, and funding. The president’s biggest power is his ability to shape the debate around criminal legal policy, not the policy itself.

Biden’s proposal here did nothing to shape that debate. There are lots of ways he could have taken steps to push the discussion in the direction it needs to go, but he disappointingly chose to highlight, once again, marijuana. That choice will make it harder to move the reform discussion beyond where it has mostly been mired for the past decade.