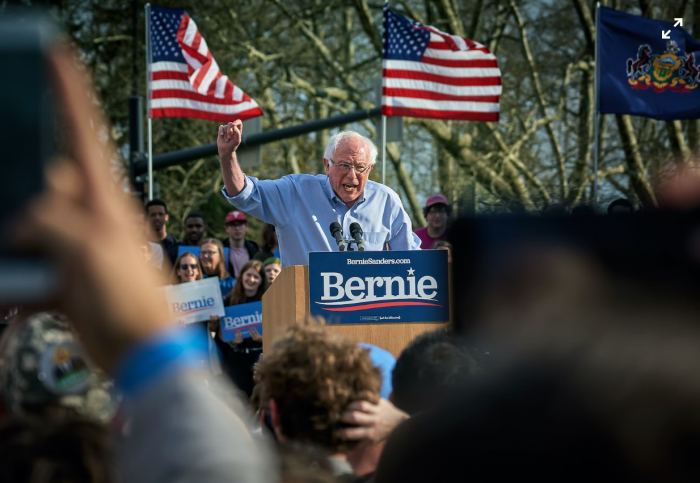 ‘Marijuana is not heroin, it is not fentanyl. It should not be lumped together’

Bernie Sanders is pro-cannabis legalization, yet is still concerned about some potential harms of the drug, especially with regards to teens.

The senator recently stopped by Mount Anthony Union High School in Bennington, Ver. for a town hall, where he spoke about topics ranging from climate change to health care and teens smoking weed.

“It’s terribly important for me to hear what’s on the minds of young people. They are the future of the country,” said Sanders.

A member of the audience asked his opinion regarding President Joe Biden’s marijuana pardons, and the effect that these would have on cannabis charges. Per the Bennington Banner, the question was met with an enthusiastic reaction from the audience, something that made Sanders frown.

The senator said marijuana is a topic that’s often brought up in high school events. “That worries me, to tell you the truth,” Sanders reportedly said.

Despite noting that he’s not a fan of drugs and alcohol, the senator did make clear he believes cannabis should be legal in every state in the U.S.

Sanders also made sure to differentiate between marijuana and other drugs that have been shown to have serious and dangerous side effects.

“Heroin is a killer drug,” he said. “Fentanyl is even worse, and fentanyl sometimes gets mixed in with the heroin. … Marijuana is not heroin, it is not fentanyl. It should not be lumped together.”

Sanders has long been a proponent for marijuana’s decriminalization and legalization. When Biden’s pardon was issued, Sanders supported his decision, sharing his approval on Twitter.

“I have long believed that marijuana should be legalized and those arrested for possession should be pardoned and have their records expunged. The President’s executive action today is an important step forward, but much more needs to be done,” he wrote.